10 Mom-Tested Ways To Get Kids Reading This Holiday

A mother of a bookworm (aged 11) and an emerging reader (aged 6) shares her tricks. 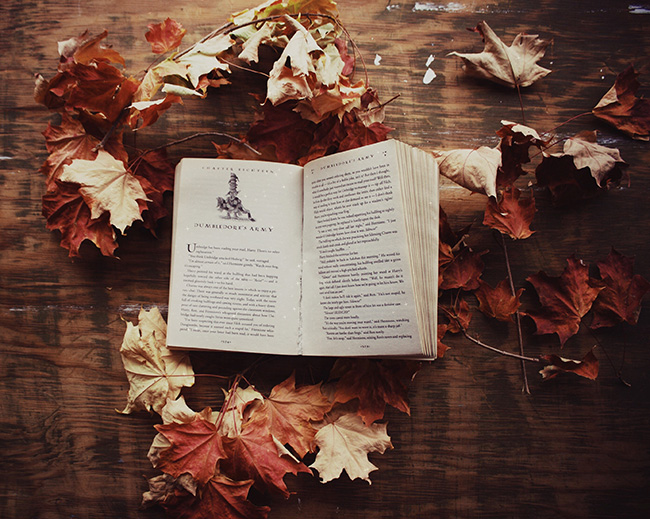 Play a video game based on a book. Back when she was about 8, my daughter showed no signs of wanting to budge from her Enid Blyton comfort zone until my brother introduced her to the LEGO Harry Potter video game. The game follows the sequence of the seven books in the Harry Potter series and they played it together for many weeks, with him walking her through the entire plot. Right after they completed the game, she asked to read Harry Potter and three years later, she’s still revisiting the books—with new understanding as she matures.

Listen to an audiobook. A friend had bought my daughter a beautiful picture book edition of The Hobbit several years ago. On receiving it, she flipped through it once but it didn’t leave an impression. The book was left untouched until recently, when my kids requested an audiobook before bedtime. I found a well-narrated recording of The Hobbit online and played it for the kids for several nights in a row. Shortly after, my daughter picked up her copy of The Hobbit to read, saying that she liked the story now.

When screening movies, turn on closed captioning or English subtitles. In our home, weekend nights are designated as movie nights, where I screen an age-appropriate movie for both my kids. I made a habit of turning on closed captioning initially because we don’t have a good sound system, but recently, my 6 year old specifically requested closed captioning, saying, “It helps me to learn new words!”

Discover authors through picture book biographies. Pick a story that fleshes out a memorable episode in an author’s life (such as My Uncle Emily, about Emily Dickinson) or one with a chronological approach, with examples of the author’s work woven in (such as Enormous Smallness, A Story Of E.E. Cummings). 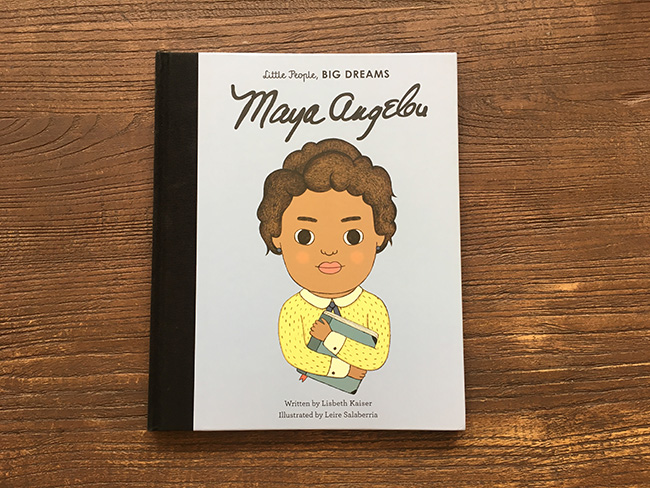 Where possible, make stories feel real. My son and I were reading a story about the life of poet/author Maya Angelou, and he asked if she was a real person. By chance, I remembered that a friend of mine who works at the United Nations in New York had met Maya Angelou, and I found a Facebook picture of them posing together to show my son. I could see he was delighted at the real-life connection; he was much more interested in her thereafter, which paves the way for us to explore more of her works in future. We currently have one of her poems—Life Doesn’t Frighten Me At All—in the form of a picture book.

There is more than one way to experience a story. Some book-loving parents are against letting children read abridged or adapted versions of classics­—they claim watered-down stories don’t do justice to the originals. Others are happy to expose their children to stories that may enrich their lives, in any form that will appeal to them. There is no template for helping your child fall in love with books, so the best approach would be to try everything. We have one adaptation of Franz Kafka’s works for children, My First Kafka, which is a work of art in its own right.

Read aloud, as often as you can. This is age-old advice from experts and parents, but you don’t have to restrict your read-aloud material to children’s literature. When my son roomed with me at night, I read aloud from whatever I was interested in reading, be it from the New York Times or one of my favourite blogs, Brainpickings. It killed two birds with one stone—I could catch up on my reading while putting him to sleep quickly. I think it’s useful exposure even if comprehension is minimal or non-existent; they’re absorbing grammar structures and will develop an appreciation for wordplay, and better still if they are curious about the content that they’re hearing.

Read anything as practice. We’ve instituted a nightly “games after dinner” routine to bond as a family, using card games purchased from a mom-run games store. Apart from promoting thinking skills (strategising), math skills, and life skills (such as handling defeat), the games have been so much fun that my son was motivated to read the game instructions independently—to check the rules or explain them to someone else. I’ve also noticed him trying to read random signs and notices, and even attempt to decipher my personal messages; I’ve explained the concept of privacy to him, but his defence is that he’s “practising his reading.”

Plan a treasure hunt. I was inspired by the novel Gone Girl to organise a simple kids’ treasure hunt some years ago, in my home. It’s a fun activity for gatherings and parties, and kids have incentive to read the clues because they’re curious about the reward and want to get to it before their friends do. To make sure that each child gets a chance to practise his or her reading skills, print enough clues for all your participants. If you have the time, you could even turn this into a daily game for your kids.

Help Your Child Be Future Ready With I Can Read

A Surprising Way To Prepare Your Preschooler For School: Read…

Not a Regular Reader? Here is a Great Way to…