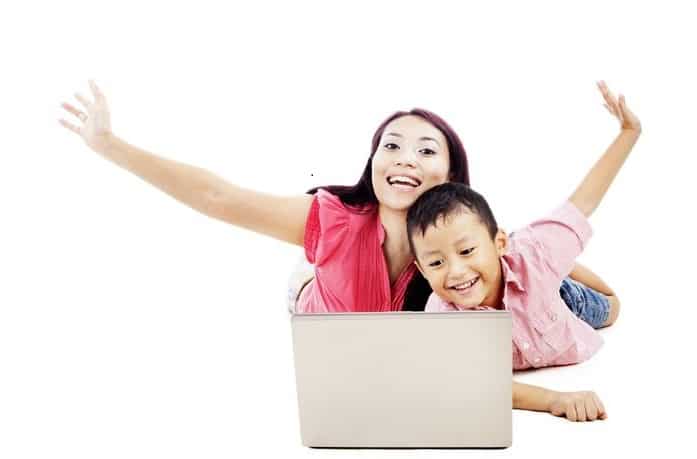 Did you know about the change for this year’s Primary One school balloting exercise?

For parents new to the school registration process: in Singapore, a balloting exercise is conducted for primary schools where the number of applications exceeds the number of vacancies available.

Previously, schools carried out the balloting manually—parents would be invited to the school and assigned a number. Following which, they would await their child’s fate in a nail-biting lottery.

From 2018, this process will be replaced by computerised balloting, which will be conducted centrally by the Ministry of Education (MOE) headquarters.

If parents should participate in a balloting exercise, they will be notified via text message about the outcome.

This is a much-welcome change, as the manual balloting exercise was often an emotionally charged affair for both parents and children. Below, a KSP member shares her account of balloting for her son’s school last year.

Poker Face Ready. It was just my son and me for this momentous occasion. We entered the room minutes before the proceedings commenced at 9AM. What awaited us: a pack of silent strangers, and believe me, the atmosphere was tense! We hurried to the first empty seats we saw, near the front of the room, and gave the family at our table a sheepish smile, which they returned.

It’s Bingo Time! To my amusement, there was an actual bingo ball machine, with a video camera trained on it. The balls, each numbered, were placed on trays. The principal briefly outlined the process. Each ball was picked up, its number read aloud, as well as the name of the child it was attached to, before it was placed in the ball machine. There was a screen at the front of the room that gave parents a close-up view of the machine. There was also a whiteboard showing three blank rows, for recording the slots as they were being filled.

Oh No, Twins! At some point, we realised that twins were in the room with us. (Twins are allocated one ballot number but take up two seats, which is why they’re the hapless villains of the balloting process.) However there was a rule for this, which seemed as arbitrary as the rest of the game, yet offered a glimmer of hope: If the twins’ number was called midway, they would take up two slots, depriving one other child of a space. But if theirs was the last number called, both would still be admitted to the school, and no one else would lose their place.

Is It Rigged? The slots for Row 1 began filling up. Despite my best intentions to remain detached, I couldn’t help noticing a trend towards single-digit numbers. As dignified as he seemed, I began wondering if the principal was rotating the machine correctly. Shouldn’t there have been more turns before a ball rolled out? At the tail end of Row 2, our number was called, and my faith in the randomness of the universe was restored.

Keeping Emotions Under Wraps. I’ve heard that the entire spectrum of emotions can be played out at these ballots, but in ours, everyone showed exemplary restraint. When we got our slot, I squeezed my son’s shoulder and that was it. The teacher recording our number on the whiteboard happened to make eye contact with me; I nodded and we exchanged a mere vestige of a smile. Luck had also favoured the other family at our table, but again, we could only mouth words of congratulations as the ballot was still ongoing.

It’s All Over! I thought our group did a superb job of keeping their poker faces intact till the end. When all was done and dusted, you could barely tell the “winners” from the ones who had to proceed to the next phase. Except for a muffled gasp when the twins got their slot—midway—no one betrayed their emotions, and I hope that no kids were harmed during this process. Parents were told they could pick up pamphlets for nearby schools if necessary, but it was probably not the best time to consider alternative options. There was no attempt at networking or friendly banter. Most of us shuffled out of the room with our kids, relieved to get back to our lives.

Would I Do It Again? Yes, it was a chance to get my son into a school that we believed would benefit him. Still, I’m glad to hear that the process will change from this year, so that parents and kids won’t be subject to needless stress. Whether it’s computerised or manual balloting, I think it’s important not to harbour false hopes or expectations. We had a Plan B and we were prepared to go with that too. I’m an optimistic person, and I think I would’ve seen the good in any situation that we landed in.