MOE finally released the results of Phase 2B of the 2022 P1 Registration.

A total of 33 schools are oversubscribed, 3 of which will not be balloting as they have just hit the quota for some category of applicants.  They are:

Some schools just nicely met their quota without being oversubscribed:

So in general, we can see that even though many schools’ intake for Phase 2B was lower than last year’s, they still required balloting, mainly because the number of places alloted for Phase 2B is now a third, instead of half, of the remaining places.  Also, even though many schools had smaller cohorts compared to last year, many of them are still drawing smaller numbers of parents!

I starting to think that the next Phase 2C would be a more relaxing phase for parents.  Fingers crossed.

The parents in this Phase came roaring out of the gates, and 26 schools are already oversubscribed.  Amongst these are the usual suspects, but Methodist Girls’ School is a whopping 320% oversubscribed today.  St Joseph’s Institution Junior politely filled all its vacancies today, but given that it is still missing 61 of its potential registrants from last year, it is safe to say that SJI will require balloting when Phase 2B ends tomorrow.

Both ACS Junior and Primary made up for a lacklustre Phase 2A by being oversubscribed this time in Phase 2B.

Please read the chart carefully.  An important thing to note is the column under “Difference (2022-2021)“.  It shows the difference between this year’s Phase 2B and last year’s Phase 2B, and it should help you gauge how much more registrants may come in tomorrow for each school.  Negative values means that the school is still missing those registrants, while positive values means that number of 2022 registrants is already MORE than that in 2021.  For example, for CHIJ SNGS, there were 40 registrants last year compared to this year’s 26 registrants, so there’s potentially another 14 more registrants you must beware.  Of course, for those schools already requiring balloting, this point is moot, but it does show the potential intensity of the balloting process. 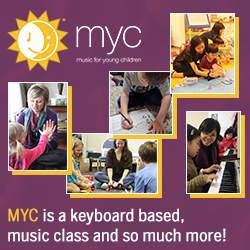 Today is the eve of the start of Phase 2B of the 2022 P1 Registration.

So far, things are mostly as expected, and the earlier Phases are indeed as challenging as predicted mostly except for a handful of schools.  What is, perhaps, most telling is the take up rate (TUR) of the schools to date.

Nanyang Primary is already 85% filled, even before Phase 2B starts.  The consolation is that it has the highest cohort in the whole of Singapore (390 places), so the remaining 15% is actually quite a lot of space, so no need to start panicking 🙂

On the flip side, you have schools like Northoaks Primary which are languishing at only 15% TUR; so there are really plenty of places left for you to pick, no worries.

We will update the tables as Phase 2B progresses, so hang tight 🙂