Few people, even adults, are unfazed by exams, but why is this so? In an essay he wrote several years ago about examination stress and test anxiety, Dave Putwain, an education professor at Edge Hill University, suggested that exams are stressful for four reasons: 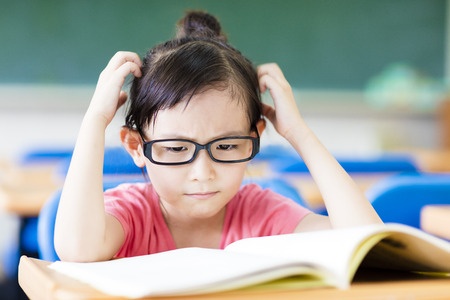 This is why it is important to remind children that exams, even university exams, don’t define a person’s worth, says occupational therapist Anita Leo. She recommends that parents respond to their children’s results with sensitivity, while empowering them to take steps to improve themselves.

Parents can also support their children by helping them to set goals and guiding them through the exam preparation process, so that they know exactly how to work towards their targeted scores.

As for battling stress, we look at five research-backed strategies that may help children deal with exam-related anxiety:

For exam takers, stress comes with the territory. However, getting a good night’s sleep could mitigate the effects of stress on the body’s cortisol (“stress hormone”) levels, say researchers from Concordia University, who specifically looked at how stress impacts the health of children. “Good” sleep, says lead researcher Jinshia Ly, is defined as “sleeping throughout the night without waking up, feeling rested in the morning, and absence of sleep problems, such as nightmares, apnea, and snoring.”

A 2014 study by Nanyang Technological University students—on the sleeping habits of over 300 local children aged six to nine—found that 40% were sleep deprived.

Sleep is no less crucial for teenagers, and sleep deprivation can affect their ability to think and regulate their emotions, says Dr. Mary Carskadon, a psychiatry professor at Brown University. “One of the metaphors I use is that it’s like having an astigmatism. You don’t realize how bad your vision is until you get glasses or in this case, good sleep.”

Tip #2: Stress is not the enemy

Studies have found that professional athletes experience just as much stress as amateur athletes, but the difference is that they are able to view stress positively. To the pros, stress is energising and it helps them to focus. What if students were able to do the same and use stress to their advantage during exams?

One study conducted on Harvard University undergraduates required them to take a practice test, but before that, they were asked to read a note explaining the study’s purpose—to examine the impact of stress on cognition. Half the students were also given a statement that read, “[People] who feel anxious during a test might actually do better… you shouldn’t feel concerned… simply remind yourself that your arousal could be helping you do well.”

The students who read the additional statement scored better in the practice test, as well as in an actual test that took place months later. Saliva samples were collected from the students at the time of the practice test, which indicated that the better-scoring group experienced stress, but was able to channel it towards enhancing their performance. It’s something worth exploring with your children too.

Simple relaxation techniques—focusing on breathing and alternating between tensing and relaxing different muscles—have been shown to significantly decrease anxiety in a group of 8 to 9 year olds. These results “support earlier findings that relaxation techniques can be learned and utilised successfully by young children,” says Heidi Larson, an associate professor in the counselling and student development department of Eastern Illinois University.

For younger children, relaxation scripts can be fun as they involve role-play, such as pretending to be an animal. For older children, try the exercises listed here.

Writing about one’s feelings 10 minutes prior to exams, even if the words are negative, has been shown to “provide psychological relief.” At home, try using an anxiety workbook with your child; this workbook features a character named Mighty Moe to help kids process their feelings, and is designed for children aged 5–11. An anxiety workbook for teens, written by a licensed clinical social worker, can be found here.

Gum chewing has been the subject of a surprising number of studies, and findings have linked gum chewing to reduced cortisol levels and “fewer feelings of depression.” Gum chewing before tests has also been shown to improve performance during recall and memory tasks for a 15-20 minute “window period” immediately following the chewing, and other reported benefits of having gum in one’s mouth include increased alertness, quicker reaction times, and a higher sustained attention span.

There’s no harm in giving gum a chance during revision or even before an exam, to calm nerves. Sugar-free gum is available for sale in Singapore via pharmacy counters, but as with other pharmacy-dispensed products, your name and identity card number will be recorded. Alternatively, experiment with healthy snacks such as celery sticks and raisins to see if they can produce the desired stress-relieving and brain-enhancing effects.