Make these good habits a part of your family’s primary school journey. 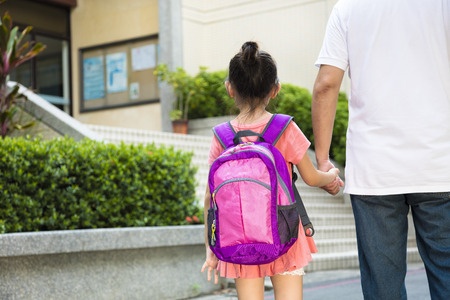 The night before my daughter’s first day of Primary 1, I posted an apprehensive Facebook status update: “All the best to you if you’re sending off your kids to P1 tomorrow! I don’t think I would ever have been ready for this moment, but it’s all happening.”

I’ve heard that some cultures celebrate a child’s official entry into school, but on that night, I would’ve passed on the champagne and fireworks. I’d read enough of KiasuParents to believe this was it: My daughter would kiss childhood goodbye and spend the next 10 years suffocating in classrooms and tuition centres, slaving over questions that would stump even her parents and their Facebook friends.

Thankfully that was not how my daughter’s year played out. There was work—20 minutes’ worth, twice or thrice a week—but it wasn’t difficult and it didn’t consume our lives. My daughter spoke of ice cream parties and birthday celebrations, finding friends and sometimes losing them, and the joys of recess and her favourite order—chicken rice without the chicken. She’s now 10, she’s completed P4, and we haven’t had a nightmare year yet. There are work days but also fun days, and parents can make choices to ensure their children have a life outside of school.

#2 Remember: You and your child’s teachers are on the same team.

Treat teachers as you would a friend, with trust and respect. I hug my daughter’s first form teacher when I see her now, and we address each other by first name. There are bad eggs in the teaching service, but as parents, we must allow for the fact that teachers are human and entitled to bad days. Parents themselves hold different standards of what constitutes unreasonable behaviour on the part of teachers. Some draw the line at shouting, others at throwing books and files, slamming doors, and personal insults. I’m with the latter group—I know I’m no saint even with just two kids to mind.

Consider a teacher’s feelings and the potential repercussions of any complaints directed at the school. Your child isn’t in preschool anymore, where switching classes or schools is an easy option. It’s natural for a teacher to feel annoyed or wary about dealing with your child after receiving negative feedback from you. Worse, she might take a dislike to your child, and a year is a long time to suffer under a teacher that hates you. I’ve heard enough stories to err on the side of caution—and be nice—when dealing with the school. Kick up a fuss over minor transgressions and you may find that your child is not given the appropriate attention and care when a serious issue arises.

I’ve broken this rule myself, once, and almost instantly regretted it. As a fresh P1 parent, I posted one of my daughter’s wrongly marked math questions on Facebook. My husband and I chuckled at it and it wasn’t a big deal to either of us—I’d put it up because I thought it was funny. It was shared within seconds and elicited harsh comments about the teacher and the education system at large. I had a lot of clarifying to do and I deleted the post shortly after. While I appreciated that friends were trying to show their support, I felt terrible for the teacher, who was young, conscientious, and well loved by her students. A simple e-mail to her would’ve sufficed—it didn’t happen to me, but such shares have gone viral and caused unnecessary grief to all involved.

#4 Be open to connecting with other parents.

I have friends who shy away from school socialising, but I’m glad I haven’t done the same. The parents in my daughter’s school have a reputation for having “too much time” on their hands. It’s true that some have more time than others to devote to school matters but troublemakers are rare, and I treasure my school network. Networks are healthy; viewed positively, school-related groups aren’t symptoms of a stressful academic environment, but instead, channels of support. Especially in the P1 year, it’s useful to trade information and realise your child is missing a textbook or hasn’t received a confirmation slip. There will be confusing times ahead, and you don’t want to go through them alone if you can help it. If no one is circulating a parent contact list in your child’s class, start one.

#5 Be proactive to spot growth opportunities for your child.

I once assumed that teachers would identify talent or potential and inform parents if necessary. But it’s a case of too many kids, and too little time. My daughter took up gymnastics as a co-curricular activity in lower primary, but she was never asked to try out for the school team. She is naturally athletic and I sensed she needed a challenge. With another parent’s help, I linked up with the gymnastics coach, who assessed my daughter and eventually accepted her into the school team, where she’s grown by leaps and bounds in terms of flexibility, technique, confidence, and perseverance. None of this would have happened if I’d left it to the school.

In my daughter’s P1 year, parents were allowed to remain on school premises for the first three days of school. By chance, I had breakfast with the parents of my daughter’s classmates and we found ourselves roped into buying art supplies and pulling together our collective craft expertise to decorate the classroom, as well as helping out with school errands. At the time, I felt it was too much too soon, but many of us bonded through that experience, and some of the friendships forged in those early days are still strong today. By getting involved in those early days, I also discovered that my daughter was one of five kids in her class who hadn’t turned in her workbook.

Because of work, I haven’t been able to pitch in and help out the way I did in that first year, but I’ve seen others continue to lend their support—they’re up to date on school developments, and have strong ties with teachers and parents as a result.