Instead of splashing out on enrichment classes this holiday, use these mom tips to help your kids develop the skills they’ll need for independent living. 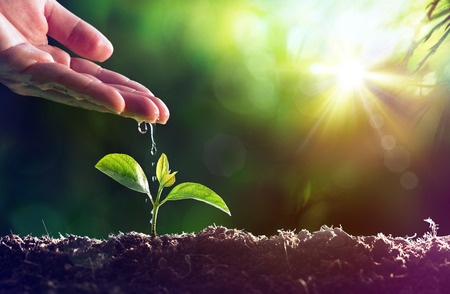 One rule for my kids is this: Intimate physical touch by anyone is wrong, and if it happens, it needs to be reported immediately to Mummy. I taught my daughter that if anyone—be it a friend, teacher, or stranger—gets close enough physically for her to feel uncomfortable, she needs to tell the person, “Please respect my personal space.” If the person continues his advances and touches her, she will have to adopt a more assertive and louder tone, to say, “Stop it or I’ll definitely tell my mummy and report you to the police immediately.” Although this is a simple sentence, it is difficult for a young child to say it, especially to an adult of authority. I made my daughter practise saying it to me every day for a week, until she was more confident. Don’t assume children will know what to do, because in such situations, they will be fearful and not know how to react. In addition, do not assume boys are safer, because they are not.

My boys have to wash their own bathrooms. I wrote instructions and coached them the first few times that they did it, and these were my steps:

My two older kids do their own laundry; this includes loading clothes into the machine, hanging them out to dry, and folding the dry clothes. Basically they take care of the entire process. If they don’t wash their clothes, they’ll have to dig through their dirty laundry to wear smelly clothes. I do find my son digging into the dirty laundry in the mornings for his PE shirts. My daughter has even washed a library book before!

I want my kids to be independent; I’m single parenting, so they need to know how to take care of themselves. My two sons know how to use the frying pan, the wok, the oven, and the microwave. All my kids can handle kitchen knives.

They are aware of safety precautions, and I’m there in the kitchen to monitor them. For knife safety, they know they should curl their fingers when holding food for chopping. I’ve also asked them to use a small knife, or a size that they can handle, and to place the cutting board on a flat surface so it doesn’t wobble. When frying food, my kids are supposed to have one hand on the frying pan to make sure it stays on the burner. For boiling water, we use an electric kettle so there’s not much of an issue there. They use two hands when carrying the kettle.

To prepare a meal, we’ll pick a recipe and go to the supermarket together to buy the ingredients. One of the first meals my kids prepared on their own was breaded chicken. My youngest can crack and beat the eggs, add teriyaki sauce to a bowl to marinate the chicken, and coat the chicken with breadcrumbs. My two older kids will handle the frying.

Almost daily, my 10 year old heads to the provision shop at the next block to buy cornflakes for her breakfast, or to help me buy supplies. I initially instructed her to trust her instincts and not get in the lift if she felt someone was shifty, but on speaking with a friend, I’ve since told her to take the lift alone as far as possible, as appearances can be deceiving.

This holiday, I’ll ask my 7-year-old daughter to think of a goal for improving her Chinese, such as getting to know 20–30 new words. We’ll then work on breaking this down into weekly or daily steps. And we’ll put down these steps in a calendar for December, which will serve as a visual reminder. The steps could include:

I’ve asked my 8 year old to list down items we need when we go on holiday, and gather them for packing. I’m also teaching him to “ranger roll” his clothes. My 5 year old has asked to help and he can gather clothes if I give him specifics, like five sets of pyjamas and two pairs of pants.

My son first took the bus on his own when he was in Primary 3. This was after his CCA, and he didn’t carry a phone then. I’d assumed he would know how to come home because I picked him up from school and we took the bus home every day—I’d thought he would have been observant but I guess not! He took the wrong bus home and alighted somewhere else, which required him to walk about 1.5km home. It got me very worried because he wasn’t contactable. I waited at the bus stop near our home for him, and alerted my dad in case we needed to search for him. But he wasn’t afraid at all; he was as cool as a cucumber! After that we gave him a basic phone so we could be in touch—if anyone wants to start their kids on taking public transport, they should give their kids a phone.

My 10 year old took the train on her own, for the first time, this year. She had left something in school and insisted on picking it up over the weekend. My husband was heading out so he accompanied her to school and dropped her off at the station, where she was required to travel for three stops, switch lines, and continue the journey for another three stops. She was familiar with the route as we’d made this journey several times before, but she was still extremely tense. I called once to check on her, and met her at the destination station. She was relieved and proud of herself after—it was a milestone moment. Learning how to get to school (and back) is a good way to prepare for independent travel, and you can carry out dry runs during non-peak periods.

When my kids share what happened in school or amongst their friends, it’s a chance for me to share my thoughts on what could have been done to avoid certain misunderstandings. I also tell them that friends come and go. We cannot be hung up on some people when they don’t reciprocate the friendship. They have to learn to move on and know that they can’t change what others may think of them. As long as their conscience is clear and they have given their best in the friendship, I think it’s enough on their part.