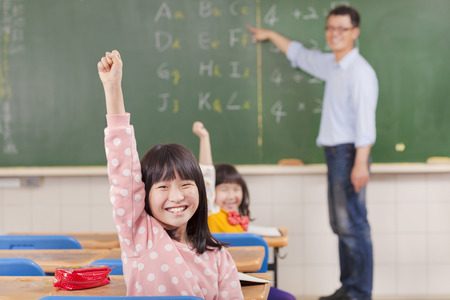 So your child has made it through four years of primary school and you think you’ve seen it all? Not quite. Enter Primary 5, the transitional year where schools jumpstart the two-year preparatory process leading up to the PSLE (primary school leaving examinations). It’s known for being the year of burgeoning workloads and plummeting grades—if you believe the parenting grapevine. But it doesn’t have to be that way. Private tutors Jenny Low and Diana Soh share their strategies for helping students deal with the onslaught of changes while making steady progress.

#1 “Brace yourself for a dip in grades.”

Be mentally prepared: Students in Primary 5 may see a slight (or even significant) decline in their grades, especially for maths. “I had a student who consistently scored 80% and above from Primary 1 to 4, but her grades slipped to the 60s in Primary 5,” says Jenny. “This typically happens across the board, so students should measure their performance against their peers rather than using their Primary 4 grades as a benchmark. The reality is that if you want to keep your grades up, you may need to work doubly hard.”

Math exams don’t get easier just because calculators are now allowed. “The emphasis is on heuristics, or the different ways to solve a problem,” says Jenny. “Knowing the steps to find the solution—that’s the tricky bit.” For her students, she uses assessment books such as Fan Math Process Skills In Problem Solving to introduce and reinforce the different methods.

Jenny encourages her students to draw models, be it bars or tables, before they proceed to solve a problem. “It doesn’t earn marks, but it helps students to visualise and fully understand a problem,” she says. “I need to see my students’ thinking process, and I tell them, ‘Know why you do what you do.’”

No major changes for English, but students can expect to see tougher vocabulary words showing up in tests and exams. “Learn two to three new words every week at least, and read more,” says Diana. “Consistency is key.”

Use technology to your advantage—vocabulary apps such as Vocabulary.com are designed to increase the chances of understanding and retention while sustaining the user’s interest and motivation.

With the PSLE a year away, English teachers may be less forgiving. Expect stricter marking schemes, with more marks deducted for minor grammar errors. Diana’s advice: Get plenty of practice by working on synthesis and transformation exercises.

For comprehension tests in particular, students may encounter more questions where answers aren’t explicitly stated in the passage. “The familiar strategy of looking for keywords and copying the entire sentence won’t apply for questions that test one’s understanding,” says Diana. “Again, practice makes perfect, and I prefer to use past-year papers over assessment books, as they provide a better indication of what’s likely to appear in an exam. But weaker students can still benefit from workbooks such as those published by Casco, as they can tackle specific sections that they’re weak in.”

“Lower block” (primary 3 and 4) science introduces basic concepts in a broad manner, while “upper block” (primary 5 and 6) science is detail oriented. Certain topics such as circuits and forces may not be particularly interesting to children, but there’s no getting around it, and memory work is crucial, says Jenny.

Science in Primary 5 will shift gears to consider the big picture. “For example, previously, students learned about the different animal and plant species, but now they’ll learn about symbiosis—how these species live together in a community and are useful to one another,” says Jenny.

Don’t let MCQ (multiple choice question) points go to waste—it’s a student’s best bet to a better score. “I tell my students to aim for error-free MCQ sections, because that almost guarantees a passing grade,” says Jenny. “Remind them to read questions carefully, teach them to use the strategy of elimination to narrow down the options, and give them a target to work towards, such as three mistakes or fewer.”