Adopt These Life Habits To Raise A Leader

In a bid to help their students build 21st century skills, some schools are turning to motivational experts for support. For instance, over 30 primary and secondary schools in Singapore have implemented a programme known as “The Leader In Me,” which is based on principles espoused in the self-help classic “The 7 Habits Of Highly Effective People” by Stephen R. Covey.

For some schools, the coverage extends to parents as well. “Parents have more influence than they think,” says Robert Lim, a father of three and principal consultant at FranklinCovey Singapore, the training firm behind “The Leader In Me.” “It starts with you, and as a role model, you need to earn the right to require a behaviour from others.” 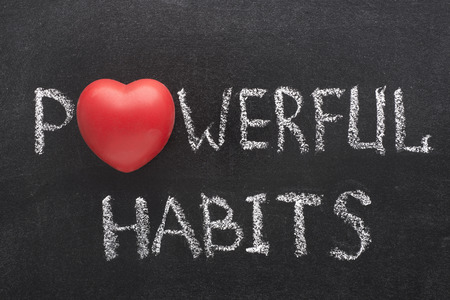 Addressing participants during a “7 Habits” seminar held at a local secondary school, Robert highlighted several changes that parents could make in their personal lives, to model the attitudes and behaviours that children should adopt in working towards self-mastery—a fundamental aspect of leadership development. Below are excerpts from the session.

“To make minor changes in your life, you can work on your behaviour,” says Robert. “But for significant breakthroughs to happen, you’ll have to examine your paradigms—your mental image of the way things are.”

With a negative mindset, one often feels powerless and subject to the vagaries of one’s environment. Conversely, with a positive mindset, there is the realisation that we can control our decisions or reactions in any given situation. To take responsibility for your own life, avoid using reactive statements such as “I have no choice” or “It’s not my fault” and adopt proactive language such as “I choose to…” and “There must be something we can do.”

Use a mental filter.

Robert entreats parents to filter out events or concerns that are beyond their control, and to focus on outcomes that they can influence. “The past is an example of something that we can’t do anything about,” he says. In dealing with children, parents can put forgiveness into action by choosing not to bring up the past.

“Words don’t break bones, but they can break hearts,” Robert warns. “When you tell a child, ‘I don’t like your attitude,’ he or she may interpret the statement as ‘I don’t like you.’” For clarity, identify a specific behaviour that you would like your child to change, and address that behaviour. In a sensitive or potentially volatile situation, it may be best to hold back until emotions have settled.

Make “sorry” a part of your vocabulary.

“Apologies always move the conversation forward, even if you feel you’re not in the wrong,” says Robert. “No one is perfect, and our aim should be to make situations better for one another in the same household.”

Know what you value.

Robert says he has often asked clients to list the 10 most important things in their lives, and followed up with the question, “How much time do you spend on these 10 things?” The answer, he says, is usually “less than 40%” of available time.

“If it’s important to you, why does it take up so little of your time?” asks Robert. “There is a life outside of work. If you don’t have one, get one.”

Differentiate between “important” and “urgent.”

If, as a parent, you are feeling that you do not have enough time to accomplish everything that you hope to, perhaps time management is an issue. Time wasters such as games without educational value are easily identifiable, but often, time is also squandered on unimportant yet seemingly urgent matters, such as dealing with other people’s minor issues, or attending to messages on social media.

At the same time, essential aspects of life such as building family relationships and self-care may not have an urgency to them, and are prone to being neglected.

“We tend to wait for birthdays and New Year’s Eve to question what our lives mean,” says Robert. “But we can set aside time for reflection, even during our daily commute. We need to chart our purpose as parents, because what gets measured gets done — and one way to do this is to create a family mission statement.” (Learn more about family mission statements in the free parents’ guide here.) According to Robert, his own family credo comprises the statements “Love and respect each other at all times” and “Others before self.”

“Parents, do yourselves a favour and get some sleep. It can help reduce temper flare-ups,” says Robert. “That Korean drama series or the latest season of ‘Bones’ can wait.”

Five Reasons Why Parents Should Use A Digital Time Capsule