Benefits of learning multiple languages at a young age 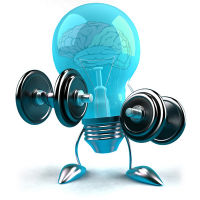 Here’s one research paper that suggest learning multiple languages at a young age has other benefits.

The chief reason most people want to learn English is to be able to communicate in the language and forge pathways into the wider world. Now a study published by the European Commission reveals that learning an additional language such as English may bring benefits that go beyond the ability to use the language itself. This report has implications for why, when and how we teach and learn English as a second or foreign ­language.

The report, entitled The Contribution of Multilingualism to Creativity, includes a statistical analysis of key research into the impact that knowing and using more than one language has on thinking and the brain. It argues that there is a dovetailing of results between studies conducted over the last 40 years, including recent findings from the neurosciences. The research, often involving the use of neuro-imaging techniques, is helping us to understand more clearly what happens in the brain when a person learns or uses more than one language.

One of the significant findings for English language teaching is that changes in the brain’s electrical activity may occur much earlier than previously thought. It has been assumed that only command of different languages at very high levels would have an impact on brain function. But this study suggests that changes in the brain may start even in the earlier stages of language learning. This has implications for not only recognising the value of partial language competences, but also for understanding why certain language learning methodologies bring better results than others.

The report identifies six areas in which the multilingual mind differs in some way to the monolingual mind. The term multilingual is used to describe people who use more than one language in their day-to-day lives. What we believe is significant about the evidence clusters is the similarity of outcomes resulting from different research approaches, and how they strengthen the position of foreign language learning by describing distinct types of added value. Most of the advantages ­described support overall competence-building for life and work in modern, information-rich, internet environments.

The benefits reported include enhanced capacity for learning whereby knowledge of languages can lead to superior memory function, especially short-term “working” memory. This enables the brain to hold information longer while the thinking processes are engaged, which can have a profound impact on cognitive function. One implication is the positive impact of languages on the learning of other subjects.

Another cluster concerns enhanced mental flexibility. This involves neural pathways being opened up, which extends the capacity to think and opens access to differing avenues for thought. Languages appear to exercise the brain as if it were a muscle and flexibility links directly to the development of digital literacies. For instance, some of the research in this area looks at the advantages of language knowledge in relation to the speed and accuracy of decision making when using multimedia such as gaming.

Enhanced problem-solving capability is also reported. This involves superior performance in problem solving, which is cognitively demanding, including abstract thinking skills, higher concept formation skills and creative hypothesis formulation. It is about strengthening our capacity to identify, understand and solve problems.

One aspect is the ability to ignore distracting and irrelevant information and focus on a given task.

Another involves further development skills in the simultaneous handling of more than one task at a given time, otherwise known as multi-tasking.

Greater understanding of how language functions and is used to achieve specific goals in life acts as the fourth cluster. This meta­linguistic ability involves being able to “go beyond the words”, helping an individual develop communication skills in both their first language and others. This is closely linked to enhanced interpersonal communication awareness and skills whereby people are better able to perceive the communicative needs of others, be more insightful in “reading” situations through contextual sensitivity, and develop interactional skills in communication.

Finally the study reports on research that links knowledge of languages to a slowdown of age-related mental diminishment such as certain forms of dementia. Language knowledge appears to reduce the rate of decline of certain cognitive processes as a person ages, by helping the brain tolerate pathologies. This resistance to neuropathological damage is considered to be in the range of two to four years. Delays in mental decline of even up to six months are viewed as having considerable implications for individuals, their families and public health.

Although we have not yet reached that eureka moment where a ­direct causal link between learning ­languages and specific cognitive advantages can be proven, the ­evidence is building up fast. Since 2000 there has been a steady increase in the number of reports being published within what is loosely termed the educational ­neurosciences, and some of these have direct implications for English language professionals.

The cognitive neurosciences stress the need for powerful learning environments, and yet not enough of our language education is spent encouraging learners to engage in higher-order thinking about meaningful content that fires up the brain.

David Marsh is research ­co-ordinator at the Continuing Professional ­Development Centre of Jyväskylä ­University, Finland, and co-ordinator of The Contribution of Multilingualism to Creativity. The report is at http://bit.ly/multiling

Maybe you have to know the context of how I found this document.

I found it because busymom made a statement that she read it somewhere but she could not find a report to substantiate it.  So I did the research for her.   It was never a report that I had researched on for the development for my child, I not so on-the-ball….

So now to answer your question directly, she is doing only the necessary ones, English and Chinese.  I am happy enough if she can achieve bilingualism, not so ambitious to become multilingual even though there are certainly alot of benefits to it.    As it is, she is struggling with Chinese now.

One of my friends exposed her kid to English, Chinese, Malay and another

Yes 3Boys Everything you

Everything you want to know in details can be found in this 24-page documents of their studies….

The evidence clusters described here suggest that multilingualism is a resource which has the potential to play a key role in responding to the challenges of the present and future.
It is one existing resource which is likely to nourish emergent processes of creativity that
will help expand individual and societal opportunities.

Good article ksi, so which languages is ur daugther learning…

Nice read, thanks. One

Nice read, thanks. One wonders if its cause or effect though, does the article cite any references?

Nurturing a Love for Learning Chinese Starts From the Roots…

Power Up Your Child’s Vocabulary: A Mom-Tested Approach

From Mandarin To French?