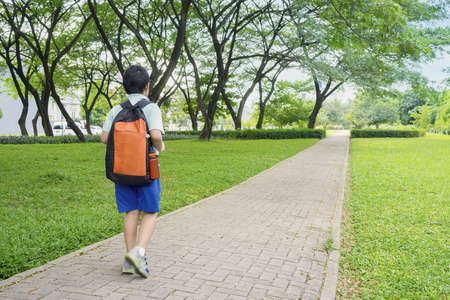 Last week, parent networks were abuzz with the news that two international schools in Singapore had issued warnings after their students were approached by strangers in vans. Both incidents have since been investigated by the Singapore Police Force, and the official word is that there was no malice intended by the adults involved.

As with all safety scares, this is a reminder for parents not to spread unsubstantiated information and to always check with credible sources for updates. But at the same time, it provides an opening for schools and parents to discuss abuse and review safety practices.

Many parents and teachers have gone over “Stranger Danger” checklists with children, and most children are aware that they should stay away from strangers and their vehicles. However, abuse comes in many forms. Teaching children to recognise and call out abuse is an ongoing process that begins with building up their confidence to trust and act on their instincts.

A parent from our community shares her approach below:

Explicitly state that any form of abuse is never the victim’s fault. Predators have been known to threaten children or coerce them into secrecy by making them fear the consequences of anger or loss of affection from their parents. Be aware that the worst can happen to anyone—victims tend to blame themselves for making faulty decisions that may have contributed to the abuse, and this perception impedes healing.

I tell my daughter that we can be careful to a certain extent, but there have been instances where we’ve been unlucky enough to encounter grown-ups that have treated us poorly or made us feel uncomfortable although it was not our fault. That said, I’m also mindful to reinforce our family’s belief that there are many kind, decent human beings out there, and that ultimately, we want to be warm and open to connecting with people.

Don’t force children to accept hugs and kisses from relatives and friends. This is an oft-repeated piece of advice—some parents find this extreme, but it lets a child know that his or her personal boundaries should be respected at all times.

Teach children about the “bad touch.” The Singapore Children’s Society has published a child-friendly and comprehensive guide that parents can use with their children to talk about sexual abuse. It covers pertinent discussion points such as the fact that abuse happens to both boys and girls, that there are “good and bad secrets,” and that familiar adults can do harm.

I know of two kindergarten-aged children who alerted their parents that a respected elder in the family had exposed himself to them and other children, and it was because of these children’s ability to vocalise out-of-the-norm behaviours that the elderly figure in question was able to receive the treatment that he needed.

Don’t let grown-ups veto your child’s decisions without a sound reason. Again, if you teach children that their voices don’t count, they will be less inclined to speak up when it matters.

Model assertiveness for your child. Let your child see you taking a firm stand (politely, preferably) against any adult who crosses a line. What I tell my daughter is, “Don’t suffer in silence. If someone makes you uncomfortable, speak up or move away at once.” Both my children have seen me speaking up, loudly, in public situations—from questioning a man for inappropriately touching a young girl on the bus, when others assumed the man was the father, to telling off cab drivers for their lack of basic manners and asking to alight immediately.

Inform children that adults in authority have misused their power. I’ve told my daughter that it is imperative that when on her own, she never follows anyone into an enclosed space such as a room or a car, even if the person is a policeman, a station master, or a security guard.

If your children are heavily involved in activities where they spend hours supervised by other adults, talk to them about sexual abuse in the news, especially where authority figures are involved. An example is the rampant, decades-long abuse perpetrated by USA Gymnastics team doctor Larry Nassar.

There is strength in numbers. Reinforce the importance of going in pairs if children (both boys and girls) have to use public bathrooms without adult supervision, such as during enrichment classes. In my daughter’s primary school, students who are taking public transport after school have formed WhatsApp groups to arrange to travel together.