Bringing The Lessons Of Racial Harmony Day Back Home 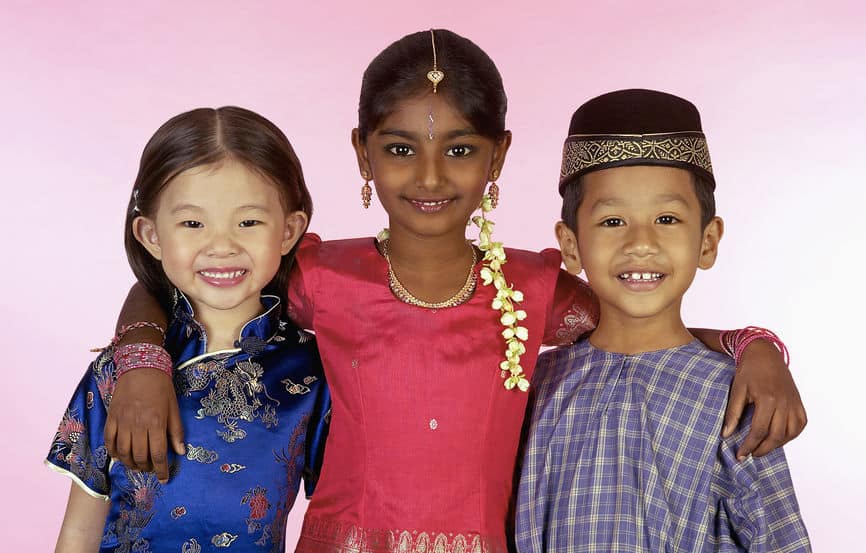 Scrambling to buy an ethnic costume for your child before Racial Harmony Day on July 21? Perhaps, we should refocus our energies on educating our children about race — and race relations — instead.

Currently, schools mark Racial Harmony Day by asking students to wear an ethnic costume to school. Many schools also screen videos or organise performances to educate students about the 1964 communal riots in Singapore. These refer to a series of race riots that occurred on two separate occasions in 1964, involving the country’s Malay and Chinese communities.

Instead, suggested the letter writer, more emphasis should be placed on other pertinent issues, such as stereotypes, subtle racism, and moving beyond a tolerance for different races.

He observed that for many students — and this could be said of parents as well — Racial Harmony Day is little more than “a photo opportunity, rather than an act of genuine cultural appreciation.”

Of course, the intent of Racial Harmony Day runs much deeper.

“The ethnic costumes do help to spark some interest about the different cultures — the act of admiring someone else’s costume is a start,” says a local secondary school teacher. “Sometimes, the kids borrow costumes from one another, and that creates a connection.”

“Although [the activities are] fun and lively, there is a very serious message. The message is that we may be different in terms of race, language, and religion. And yet at the end of the day, it is a common humanity that we share,” said Singapore’s president Halimah Yacob while celebrating last year’s Racial Harmony Day at a primary school.

As parents, how can we help to convey this message to our children? Here’s what you can start doing today.

Do your children really understand what happened during the race riots in 1964? If not, online resources (such as this collection of short stories by Mothership, based on actual facts, or this short clip by Channel News Asia) may help your children to better visualise what happens when a country is torn apart by racial conflict.

When consuming media with your children, take the opportunity to highlight to them instances of racial and religious prejudice, and their dangers. To begin with, you can use viral videos that demonstrate inappropriate behaviour to start conversations with your children. “Having these tough, uncomfortable conversations at home in advance, in a structured setting, is one way to help prepare kids for facing these types of complex things in the real world,” says Boston University professor and diversity researcher Evan Apfelbaum.

Racial Harmony Day is also a time to remind your children of our founding prime minister Lee Kuan Yew’s words in 1965, when he outlined his vision for the country: “This is not a Malay nation; this is not a Chinese nation; this is not an Indian nation. Everyone will have his place, equal: language, culture, religion.” 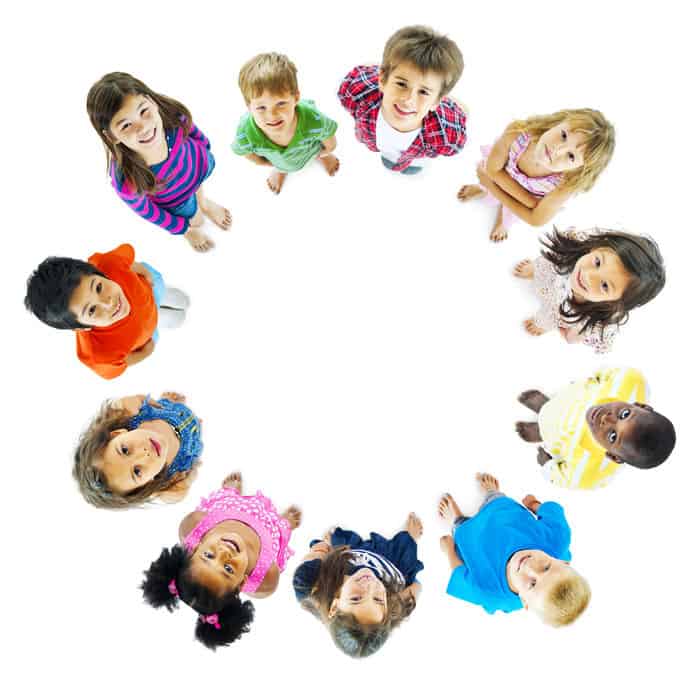 Reflect On Your Own Social Network

Although Singapore has seen decades of relative peace, a 2013 study by the local Institute of Policy Studies (IPS) found that more than one in two Singaporeans did not have a close friend of another race.

As with all things parenting related, you’ll need to walk the talk when it comes to embracing diversity. “For example, if you say it’s important to have a diverse group of friends but your children don’t see a diverse group of people coming over to your home, they know you are not making it a priority in your life, so why should they?” says Erin Winkler, a diversity and racism expert at the University of Wisconsin Milwaukee.

“This also holds true for things like choosing to consume media that counters racial stereotypes or speaking out against racial inequities. We can tell children that these things are important, but we must also model that behaviour for them.”

As a start, try using social media with your child to gain awareness about other cultures. On Instagram, you can follow accounts such as @everydayasia to learn about life in places beyond Singapore. You could also look for children’s book recommendations to help you and your child learn about different cultures and customs. If you are an active Instagram user (this applies to other online social networks as well), don’t limit your network to a certain ethnic group or nationality — instead, take the first step and leave comments to connect with those who are different from you, yet share similar interests.

Have Open Discussions About Differences

It’s tempting to take a “colourblind” approach to race, where we focus on similarities between the different cultural groups and de-emphasize differences for our children. (“We are all the same inside.”) In contrast, the “multiculturalism” approach celebrates differences. (“We are different, but we deserve to be treated equally.”)

Some studies on these different approaches have found that students and adults who subscribe to the “colourblind” approach may show lower levels of awareness when it comes to race-related discrimination.

In Singapore, inter-religious awareness is also important. According to a report published by the IPS this year, more than 70 per cent of Singaporeans feel that people of different faiths can get along when living close together, but some 15 per cent find Muslims threatening. “There is little question that global terror and how it has often been associated with Muslims has fed into the minds of a small group of Singaporeans,” says IPS senior research fellow Mathew Mathews. “The lack of exposure to and opportunities for learning about Muslims might have left some of their fears unchallenged.”

According to Nominated Member of Parliament Mohamed Irshad, the 15 percent is a significant number. “It is big enough to rile up anti-Muslim sentiments. We need to figure out how we can improve social mixing,” he says.

This is the time to examine your family’s beliefs and behaviours towards other communities, and the daily efforts that you can make to gain a deeper understanding of the others around you. For instance, you could make time as a family to watch documentaries about the major religions in Singapore — Buddhism, Christianity, Islam, and Hinduism. YouTube is one place where you can find many well-crafted documentaries by the BBC and PBS, which offer much food for thought.

On a related note, are you preparing your children to grow up in an increasingly connected world? Read our article on raising global citizens here.