Can You Raise A Child Star In Singapore? A Mom Says Yes!

The little girl in this touching commercial is Annette Yeong, and she may one day be a household name. At the tender age of 12, she is an aspiring actress and performer who has seen far more of the world than most of her peers. Yet, she remains resolutely grounded, says her mother Linette.

In a country with exacting academic demands, how does one support a budding talent? Read on for this family’s story. 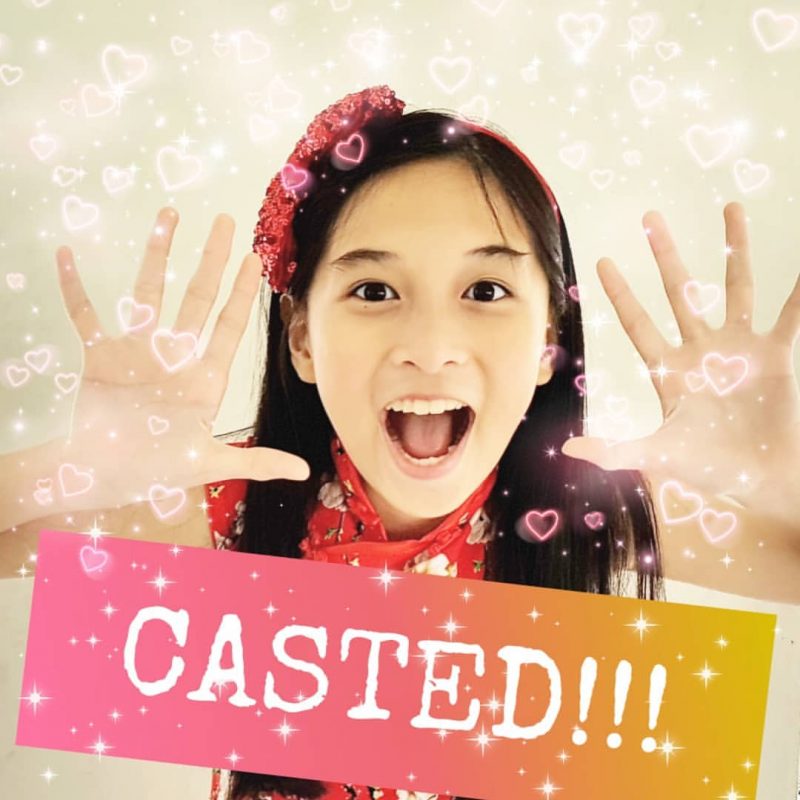 KSP: How did you discover your daughter Annette’s interest in performing?

Linette: Annette has always been gregarious; she is also very dramatic and loves dancing and singing at home. From young, she would make us watch her ad-hoc “performances” at home, and she would relish our attention and applause. That was when I thought she might be interested in performing.

Did you send her to enrichment classes?

I am an advocate of letting children try as many non-academic activities as they can—from sports to art, drama, writing, and music. Annette started taking ballet classes at Crestar from age four. By age eight, she had tried classes for the violin, the piano, drama, modern jazz, golf, and art. Some of these activities were her CCAs (co-curricular activities) in school.

She loved all her classes even if they weren’t a natural fit (like the violin!) so it was tough to get her to drop anything. Instead, I would assess her aptitude for these activities. For example, she wanted to learn classical ballet, but as she progressed up the grades, we realised her feisty personality wasn’t suited to some of the more disciplined and restrained movements in classical ballet. After much discussion with her, we stopped her ballet classes.

The showcase was held in Florida in the US, but it was open to participants worldwide and thousands of children joined the Singapore auditions. Annette took part too, and after two grueling days of auditioning, she was selected to attend the Premiere Program. I must admit that I only signed her up for fun, and I did not expect that she would even get past the first day of auditions!

During the showcase in Florida, she had to work really hard, with lots of scripts to remember and recite in front of talent agents—rather nerve wracking actually. When it ended, she was offered opportunities by a few talent agencies, including a couple based in Singapore.

How have you supported her since?

In the same year, I enrolled Annette into the Kids Performing Academy of the Arts (in Singapore). She was 10 at the time, which was pretty late compared to the other performers there. She was in a basic Broadway Kids class at first. After we saw her on stage, we knew she was in her element—in musical theatre, one is at liberty to be flamboyant and expressive!

Later, the academy held an open audition for students interested in joining their Showgroup, a performing group for their star performers. To our shock, Annette got through the auditions. She was put into their senior Showgroup with a lot of experienced performers! That was when we realised that she might thrive in this area.

Does she see herself doing this for the long haul?

She wants to be a TV or theatrical actress in the future. Since the Premiere Program, she has participated in some major performances locally, where she has had to devote hundreds of hours to the preparation process. I thought it was crucial for her to experience the long hours, the painfully repetitive rehearsals, and the “NG” (no good) cuts in acting, so that she knows exactly what the job entails. She was still interested after enduring everything, which was when I knew she was serious. 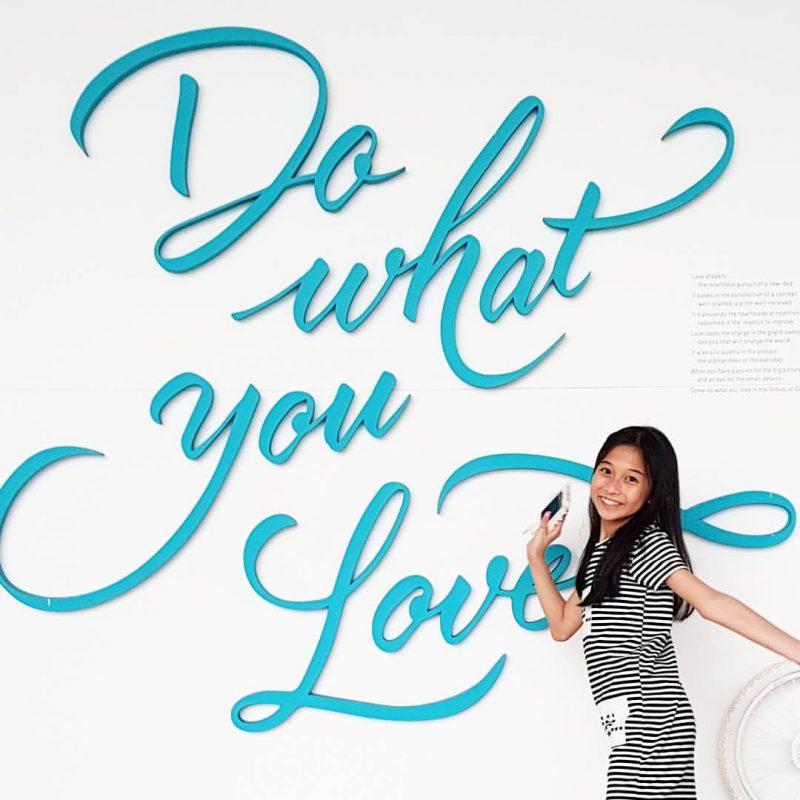 How is she doing in school?

Annette is a boisterous child, and not one who will sit down nicely after school to revise her work quietly. After raising my firstborn who is very academically driven, I must admit to struggling with the realisation that my second child is different. However, I am now of the view that every child has different strengths.

With Annette’s packed performing and acting schedules, we have to ensure that she has time for homework, revision, and tuition. I must say that she does not have much time for play dates or even leisurely play at home, and we have had conversations about how busy her life is now. What she told me struck a deep chord with me—she said she was happy spending time doing something that she really loved. This is passion!

What are your academic expectations, especially since this is her PSLE year?

She studies in a primary school with an affiliated secondary school, and I am hoping that the priority entry score will be attainable for her. The School of the Arts Singapore (SOTA) is another possibility. This year, she participated in a SOTA art competition for Primary 6 students; her art piece was selected as a Top 50 finalist, and she had the honour of seeing her work displayed in SOTA’s art gallery for a week. But with acting as her first love, I think she would be more interested in SOTA’s theatre programme.

With Annette being my second child, this is also my second PSLE experience. I didn’t discuss academic expectations with either of my daughters. I simply asked what schools they were interested in, so that I could help them in getting in via the Direct School Admission route if need be.

I have spoken to Annette about the downsides of scoring poorly in the PSLE. However, I do not impose conditions on her, such as telling her she needs to achieve certain academic targets in order to continue with her acting commitments. I don’t want her to think that studies come first, and passion second. Instead, I want her to learn to prioritise her time, especially with the exams drawing close. She is currently taking a break from her acting commitments until after the PSLE, and this was mutually agreed upon. 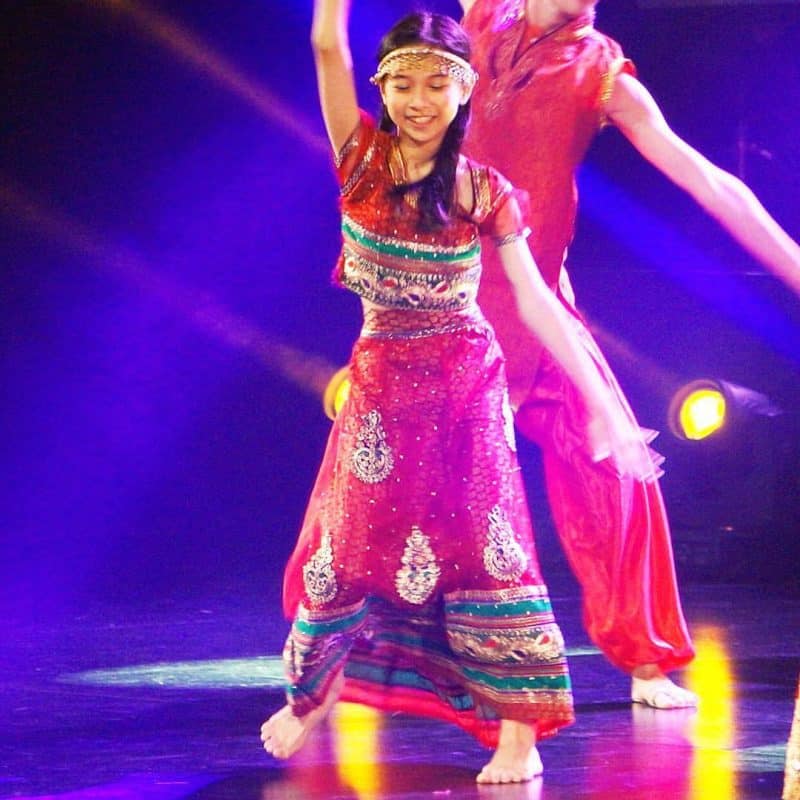 What has she gained from being a young artiste?

This year, she was involved in a number of filming commitments. She had to skip school once to film a Channel 8 production. I saw the Channel 8 production as an opportunity for her to improve her Chinese—she had to read from a lengthy script as well as recite her lines in Chinese!

Late last year, before the year-end exams, she was also involved in ChildAid. That took up many weekends, and eventually weekdays too. From all of this, she has learned many life lessons, which aren’t necessarily taught in school, such as:

How much time does all of this take?

This industry ebbs and flows in terms of schedules. If she is involved in multiple productions, she can spend entire weekends filming. For example, she was on set from 6am to 7pm on a Saturday and Sunday to film a government commercial. And I remember one week in March when all her productions came together, and we were literally rushing from one filming location to the next within a span of four days. If she is involved in a major stage production, she could be in rehearsals for five or even six days a week.

However, on regular or quieter days, she only spends a few hours a week on her acting and performing classes, so her schedule is more manageable than, say, students involved in competitive sports, where they have to train intensively on a regular basis.

In the era of #MeToo sexual abuse revelations, especially in entertainment, what precautions are you taking?

I control Annette’s Instagram account, and I access her phone on a regular basis to see who her friends are and what they talk about. So far, I have not encountered any problems yet!

In an age where privacy is a rare entity, I have discussed with both my girls the dangers of chatting with lurking strangers, and the importance of safeguarding personal information.

Is it hard for Annette to return to the “reality” of school?

Thankfully, her personality is quite grounded for now. She does not think that this industry is glamorous—she is just very interested in the craft of acting and performing. More importantly, she knows that there is a lot of sweat and effort behind the frontline. After a production is over, it’s not the excitement that she craves, but rather, she misses the crew and her fellow performers.

Let’s talk about your older daughter too. How did you develop her interests?

My older daughter Nicole loves sports, biology, and writing—arenas that do not interest my younger daughter at all!

I actually started both of them on writing from a young age; daily journaling is a norm in our household. For Nicole, we noticed her affinity for writing when she wrote her first journal entries as a four year old. Thereafter, I nurtured her myself at home through writing projects, such as creating short stories. When she was 11, I set up a blog for her to write about her life, and later, I enrolled her in a holiday workshop where she wrote and published a book.

Her writing adventures culminated in her being selected for the Creative Arts Programme organised by the Ministry of Education’s Gifted Education Division. It’s a five-day writing camp for budding writers in Singapore, and that was an amazing experience for her, where she met other young writers as well as accomplished local authors and poets.

Nicole was also very interested in sports, especially equestrian sports. From the age of five, we started her on tennis and equestrian classes. She did well in both sports, and she is still taking her equestrian classes now, at the age of 16. She is also a rather accomplished classical ballerina and modern jazz dancer, compared to her sister! She performed well for the classical ballet exams all the way to 14 years old, and also participated in the Singapore Youth Festival for dance when she was 10, attaining a Certificate of Distinction as a result.

Eventually, in secondary school, she became interested in debate and leadership. I support her by having nightly conversations with her about her life and her interests. For her academic interests, such as Math and Science Olympiads, she drove the efforts herself, and I did next to nothing to help her.

Do you think your girls will have the chance to pursue their gifts in Singapore?

Yes! I always tell them that Singapore is our home, and we want to be here to build up our country. Opportunities may abound overseas, but we should be rooted here. It may sound a little limiting, but I believe that nothing is impossible.

Why You Should Stop Nagging At Your Kids To Find…