Dealing With ADHD In Primary School: A Parent’s Journey

Academic life is tough enough for Singaporean kids who don’t have learning difficulties—what is the experience like for kids who do? We spoke with a mother of two, who only wishes to be known as Mrs Tan. Her son, now 10, is in Primary 4 in a popular school, and has been given an ADHD (Attention Deficit Hyperactivity Disorder) diagnosis. This is her story. 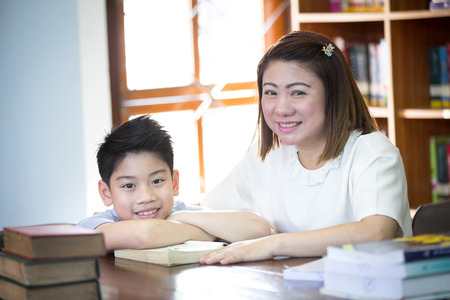 Stock photo for illustration only.

When did you feel your son might have learning issues?
At age three or four, I noticed he wasn’t quite like other kids. He couldn’t understand social norms and even after repeated attempts to correct him, he was unable to change. For example, he wanted to play catch with a girl, but his behaviour was annoying to the girl. He couldn’t understand why, and he continued trying to run after the girl even after she asked him to stop.

It was around this time that we first sent him to a childcare centre, where he had to follow a routine, co-operate within a group, and receive teachers’ instructions, but he was always doing whatever he liked and roaming away from the group to explore on his own. If he was playing with Lego blocks and it was time for sit-down learning, he couldn’t understand why he was no longer allowed to play with his blocks, and he would cry and throw tantrums. That year, we received daily feedback from his childcare teachers.

In his kindergarten years, his level of grasping concepts and learning wasn’t compromised. In fact, his kindy teacher was impressed by his vast general knowledge and called him “Little Professor.” But the feedback was still that he couldn’t sit still and follow through every lesson. He’d often not pay attention to the lesson and do his own thing, such as walking around the class, squirming in his seat, or chewing on anything and everything. But when his teacher asked the class questions regarding the lesson just taught, he was able to volunteer answers.

When he was five, a child psychologist came over to his school to research how kids react to their surroundings. It was the psychologist’s personal research and the school asked if I would like to take the opportunity to speak to her about my son’s condition. Which I did, briefly—there was nothing conclusive about his condition because he was too young to be assessed for ADHD, and other than being unable to keep still during sit-down work, he didn’t exhibit other symptoms of a special needs child. We also felt that boys of his age would have the tendency of restlessness or inattentiveness, and did nothing further after speaking to the psychologist.

In his Primary 1 year, during the parent-teacher meeting, the teachers gave the same feedback about my son being restless, unable to follow through during sit-down work, unable to complete work within the allocated time, and always asking to be excused to go to the bathroom, as a way to escape from lessons—and still chewing on everything. My husband and I then decided to send him for a formal assessment. We obtained a referral from the polyclinic and went to the Children’s Clinic at the Singapore General Hospital. During the visit, we were asked a list of questions and the psychologist felt that he might have mild ADHD but again, nothing was conclusive. The psychologist later told us he didn’t qualify as an ADHD child because there were a few criteria that he didn’t fulfill to be officially labelled as ADHD. So no interventions were recommended and my husband and I decided to pay more attention to guide him in his schoolwork. We worked on giving him specific instructions, as in telling him, step by step, what to do. It was tedious, and it still is, although I’d say it’s much better than before.

At Primary 3, after his mid-year exams, we noticed a sharp dip in his results. The teachers’ feedback during the parent-teacher meeting was as we’d heard in previous years. Through a recommendation by another parent in our parents’ support group, we found out that the Institute of Mental Health (IMH) Children’s Clinic was running a pilot test on a new method of intervention for kids with ADHD. We got our son formally assessed once more, and this time the doctor diagnosed him with ADHD. We got into the pilot program, which lasted about nine months. In this time, he had two MRI brain scans done, and two to three weekly sessions of intervention at the IMH. During this period we tried to be very consistent in guiding him with his school work and provided continuous encouragement to help him stay focused and concentrate on given tasks. After nine months of the therapy, we saw a great improvement in his school results.

Could you tell us more about the pilot programme?
It involved a computer-based program, where the children were given certain tasks to complete. To a child, it’s like a computer game but the program tests the child’s focus, concentration, and reactions to the tasks given. For example, they would be asked to click on a button when they saw a red ball bouncing on the screen. There is a headset that the child puts on, which will measure their brain waves, and a detector to track their eye movements. The program aims to train a child to focus and concentrate, and it is an alternative therapy to medication. As mentioned, it did help our son, as did our efforts at home, as our son thrives on words of encouragement as well as simple rewards like a fast food meal.

Do you set targets for your son for tests and exams?
No, we feel it’s more important that he grasps the concepts well and is conscientious. Due to the new learning curves in P3 and P4, he had problems understanding math concepts initially, however through consistent revision and guidance at home he bounced back at the end of the year. Though his results remain average, we are content.

At home, he is now able to sit down on his own without us watching over him. However, he’s still unable to sit for more than 30 minutes. He is not hyperactive, just fidgety and easily distracted. Sometimes in order to help him keep to his given tasks, my husband will sit next to him and they will work side by side. Or we’ll dangle a “carrot” before him to motivate him to complete his work on his own, such as playground time or a trip to the swimming pool. Such rewards were recommended by the therapists at the IMH as well.

What is his daily work routine like?
He returns home from school, has lunch, takes a short break, and then we start work at 3.30pm. For the next 1.5 hours, he is expected to either complete his schoolwork or the work we assign him. He usually works independently, and he consults us when he encounters problems. On Saturdays, we will have him work on composition and comprehension, as well as catch up on some Chinese revision. Sunday is our sabbath so we don’t usually assign any work for that day, unless there’s a test coming up and he needs to do some revision.

Do you send him to enrichment classes?
Other than his swimming CCA (co-curricular activity) and Maths and Chinese remedial classes in school, he has no other classes on. My husband guides him for Maths and Science while I work on the languages with him. He’s an avid reader so we don’t do much for English other than bringing him to the library often, and working on his comprehension and composition. For Chinese, he needs more handholding because we don’t speak the language at home and he’s severely lacking in vocabulary. The funny thing is, he’s able to read Chinese quite well due to his good memory in recognising the chinese characters, but he doesn’t understand what he reads.

He has shown interest in drumming and art, but due to financial issues we are unable to provide these lessons for him now. Given the opportunity to do so, we would send him for those classes in the future.

How is he coping with learning Chinese?
When he was in P3 I had to use almost all of our available time after school to guide him in his Chinese work. It was a tedious process. We often had to neglect the revision of his other subjects because of the lack of time. It was an unproductive process, and even after spending 95% of our time on revision for Chinese, he merely received a pass for the subject. After some discussion with my husband, we decided to apply for an exemption for mother tongue. The application took more than six months and at the end of the day, the Ministry of Education (MOE) rejected our application.

Although my son was not achieving outstanding results for mother tongue, he wasn’t considered “bad” enough to be given the approval for exemption.

The MOE felt he was still able to pull through for the subject if given more support. We later realised that most of the boys in his school who received an exemption for mother tongue were scoring below 20/100.

Now that our application has been rejected, we will continue with our regular revision. His mother tongue result for the mid-year exam this year is still hovering around the 50s zone. We are not expecting him to ace the subject; as long as he continues to do all right, we are not going to pressure him further.

What are your greatest challenges when it comes to helping him?
The main challenge we encounter with his schoolwork is consistency and perseverance. We need to constantly encourage him and give him pep talks to motivate him. He’s otherwise a conscientious learner—for instance, whenever there is “ting xie” [听写], he’ll ensure that he learns every single word well and he gets extremely motivated when he achieves a score of 90+.

I do feel stressed while helping him, mainly because I get anxious that he’s unable to complete his work quickly. For instance, he takes more than two hours just to study for his “ting xie.” Also, it’s the constant reminders that I need to give that drain me. So what I do now is to spread out the learning of “ting xie” over several days; if he needs to learn 10 phrases, we spread it out over three to four days and break things up into bite sizes for learning. For chinese assessment books, I’ll divide an exercise into two or three parts and we’ll work on it over several days instead of all at one go.

As mentioned before, he is able to sit down for at least 30 minutes at a stretch to work, and eventually we will work on increasing this to an hour. We want concentration and focus to become his habits as he progresses through school.

Any advice for parents who may be going through a similar situation?
It’s not an easy journey. I have to confess it’s a real test to my patience and sanity dealing with my son. But it has taught me that when I accept and recognise that I have a child who requires my additional attention and love, it is easier for me to seek relevant help to intervene and assist him in becoming independent.