Dealing With Dyslexia In Primary School: A Parent’s Journey

Mdm Mastzainah bte Jalil is a homemaker and mother of four children, two of whom have been diagnosed with dyslexia. Yet, when queried about the setbacks from parenting her dyslexic children, she remains steadfastly upbeat. “Over the years, I have grown to be more aware of their needs,” she says. “Thus, there are not many challenges that I can think of now.”

Read on for our conversation, where she retraces the developments leading up to her children’s diagnoses, and her efforts to support them thereafter. 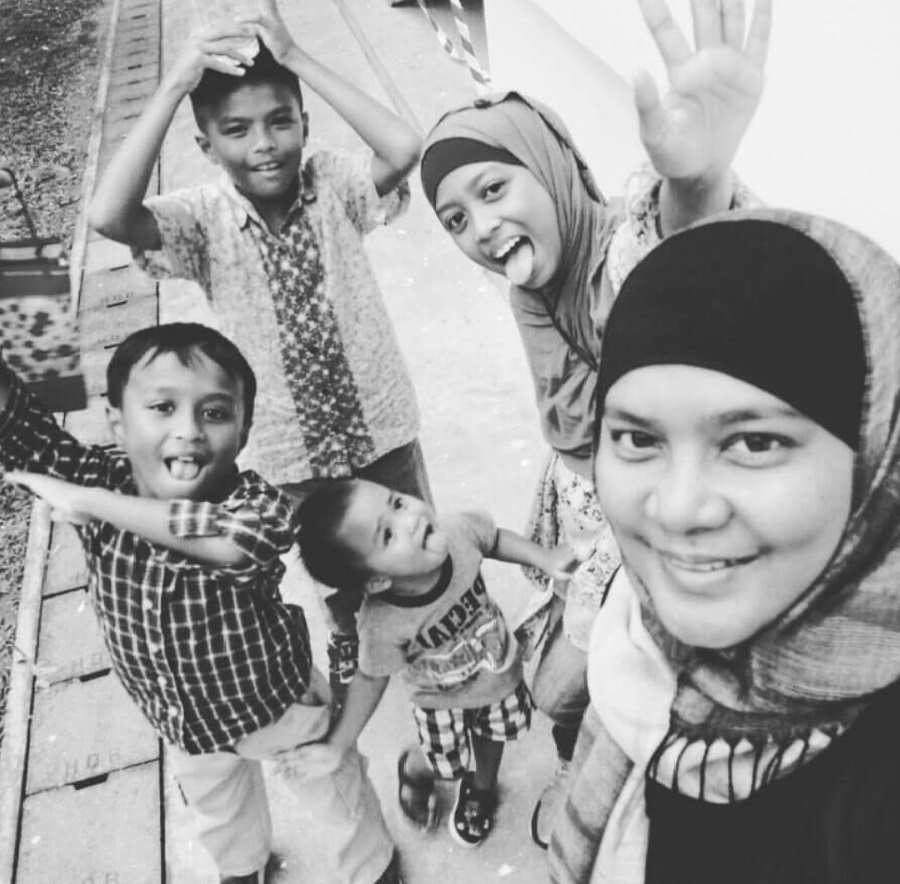 How did you discover that your children had learning difficulties?

I have two children who have been diagnosed with dyslexia—my daughter, who is 13 years old, and my son, who is turning nine this year. Both of them have been attending kindergarten since they were four years old.

When my daughter was in Kindergarten Two, I discovered that she was not able to read or spell well, so in Term Four of that year, I decided to take her out of the school and homeschool her instead. Back then, I would spend three hours with my children every day, going through reading, writing, and counting. I started to realise that there was something amiss with my daughter: Each time I taught her phonics, she would quickly forget and not be able to apply what I had taught her. I had to repeat what was taught the previous day, and even then, she was still unable to apply phonics to reading or spelling. In addition, there were a few letters that she would write in reverse despite my repeated attempts to correct her.

When she attended Primary One, she struggled with spelling and writing daily. She would cry herself to sleep almost every night, telling me that she didn’t want to go to school the next day. This went on for about two weeks before I decided to write a note to the form teacher sharing my suspicion that my daughter could be dyslexic. I received a phone call from the form teacher that very night; she told me that she found my daughter eloquent and smart, but her written work didn’t match up, and she shared my sentiments that my daughter could be dyslexic. Together, we decided that my daughter should get tested for dyslexia.

Subsequently, the form teacher gave me a few forms to fill up and within two months, my daughter went for the test. At the time, the test was conducted by the Ministry of Education, so I didn’t have to pay for it. It took about six months before I received the results confirming that she was dyslexic.

My husband and I were called in to a meeting with the school principal, vice-principal, head of department, form teachers, and counsellors to discuss the results of the test and how they would support my daughter. In Primary Two, my daughter was offered a place at the Dyslexia Association of Singapore (DAS) Tampines Leaning Centre. She has been attending classes there since, and she currently attends a weekly two-hour class with them.

As for my second son, we decided to enrol him in the DAS preschool programme when he was in Kindergarten Two, before he was old enough to be diagnosed, as we noticed that he displayed the same symptoms as his sister when she was at the same age. He was tested in Primary One and was also confirmed to be dyslexic. He is currently attending the MOE-aided DAS Literacy Programme at the DAS, which is held twice weekly for an hour each time.

For both children, it took about two months before I saw improvements in their work and their reading skills. I also spent 30 minutes a day going through their problem areas, such as reading and comprehension, which probably contributed to their progress as well.

How are they coping with school?

Currently, my daughter is in Secondary One, in the Express Stream. She scored 202 points in her Primary School Leaving Examinations (PSLE), with straight Bs for all her subjects. My son is in Primary Three now and he did very well in his final exams last year; he also received the Edusave Good Progress Award for 2016.

Did you set targets for them to meet?

We remind our children to do their best and emphasise that results are secondary. The most important factor is effort. As long as we see them making their best efforts, we will accept it even if they do not do well. We also tell them that great effort will eventually lead to great results. It may take longer for them, but eventually they will succeed.

Do you provide additional support for their schoolwork?

They have no other external support besides DAS. We don’t believe in sending them to tuition, as they are already tired from school activities as well as their DAS classes. However, we are always available for them if they need help. I will usually guide them in Malay and English, while my husband will take care of the science and mathematics subjects. But we try not to spoon-feed our children with answers. They are usually left on their own to do their homework and we will check their work when they have completed it.

Do they have a daily or weekly revision routine?

They have to complete their homework for the day. If they don’t have any homework, they will spend an hour revising a subject of their choice, and another hour on reading or online revision.

Did you apply for the Mother Tongue Language exemption?

My husband suggested it for my daughter, but I felt it was important for her to learn her mother tongue. She is poor in the Malay language and she struggles with it. In fact, she received a U-grade for her mid-year exam in Primary Six. I was worried about it too, so I met up with the Mother Tongue teacher to ask her for tips and strategies to help my daughter, and I spent the next three months going through the basics with her. We dedicated 30 minutes every night to revising Malay before bedtime. Lo and behold, she scored a B in her Malay language for the PSLE.

How have you helped them to develop their other talents?

We don’t believe in sending them for enrichment classes, as they are tired from school activities as well as the DAS classes. We prefer to give them time to wind down and relax.

However, we encourage them to take up a Co-curricular Activity (CCA) in school to improve themselves. My daughter chose Drama as her CCA to boost her self-confidence, and my son chose floorball and football as he has issues with his psychomotor skills, and these physical activities will help his condition.

What advice would you give to other parents in a similar situation?

I take it one day at a time. I have a total of four children, with the youngest being only three years old, so I cannot afford to be stressed out. There will always be worries but I find it best not to worry too much about the future. I take it one step at a time, and deal with whatever is in front of me before moving on to the next challenge.

Support is essential, and I have encountered many supportive teachers at my children’s school as well as the DAS Tampines Learning Centre. They have been there with us since the beginning, and we give back by getting involved in school activities as well.

Finally, I make sure that I know who my children’s teachers are, and if possible, I obtain their contact numbers. I keep all communication lines open, and should my children encounter issues, I will make it a point to meet with the teachers. I have built bonds with their teachers and they have always been willing to assist me, which makes me feel less alone. I believe we’re all sincere in wanting to help my children towards a better future.

Supporting Students with Dyslexia in Mathematics