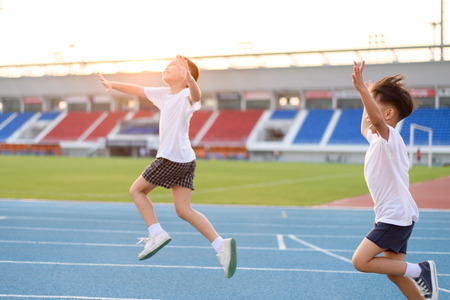 Last week, ­KiasuParents member Seheena asked a question, “Do schools change their sports line-up for DSA from year to year?” which triggered an interesting discussion in our DSA 2017 thread.

One parent opined that schools would probably not remove established sports from their DSA roster, but they could include new sports. This perception was corrected by member mommyNg, who said:

“There were a few changes this year; some schools did remove sports from their DSA list. For example, Judo, Gymnastics (Trampoline), and Shooting were DSA sports for RGS last year, but this year, these sports were taken out.”

When it was suggested that parents could attend a school’s Open House to seek confirmation about entry via the sports domain, mommyNg replied:

“Maybe, but it may not help. For example, at RGS, during their Open House this year, nothing was said about the sports they intended to exclude from the DSA exercise. It was only when the MOE announced the commencement of the DSA Exercise in May that it was made known to the public that certain sports would be excluded in some schools.”

“Imagine those parents who had pumped in lots of money to send their girls for private training, targeting the RGS DSA via shooting, only to realise that suddenly, there is zero chance of entering RGS via shooting. All that money and effort… gone down the drain! Parents should be informed at least one year in advance, so they can change their DSA strategy in time and not be stranded at the last minute.

And the poor P6 children—this is like a bombshell for them. Imagine those who’ve been training hard and were looking forward to entering their dream secondary school via this CCA, only to now have their dream shattered.”

But another parent had a different perspective:

“I think a CCA should be a passion for our kids, and not just a DSA tool.”

Member Maeve rounded up the discussion by shedding light on why schools might find it necessary to adjust their DSA offerings:

“Just to share since my older daughter is in RGS. Nationally, since there are fewer and fewer students in each cohort, this also affects the numbers that each school can take. (I don’t mean through the DSA only, but overall.) For instance, my daughter’s cohort had one less class than the previous cohort.

RGS had gone through an exercise, which included consultations with many groups, before deciding to trim or merge some CCAs, including a couple of sports. I don’t know if these sports were on the DSA list but I figure this is one example of why schools do have to tweak their DSA priorities from year to year.”

A call to the MOE’s helpline confirmed that a school’s offerings could change from year to year, and it would be best to check the MOE’s official DSA page (or contact the individual schools) during the end-April to early-May period for the latest updates. The comments above were reproduced from the DSA 2017 thread, with minor edits for grammar and clarity.

The DSA Interview – How to set your child up…

What Parents Should Tell Teachers