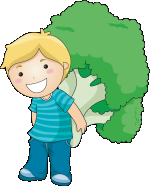 Before a child gets exposure to food outside the home, his/her tastebuds are trained at home. When my kids were little, I forbade junk food. But I also made sure that as they got older, AFTER I had educated their palate, they got a taste of such things. We DO go out to McDonald’s as a family, but the kids know that it isn’t good food… and they can taste it.

Every one of the 4 races in Singapore has complex and long food traditions which use spices and cooking techniques that create music for the mouth. Once the palate has learnt to appreciate the richness and complexity of a taste orchestra playing in harmony, it will find the simple tastes of “very sweet” and “very salty” and “very oily” of junk food, crude and unrefined. It won’t like too much of it.

I spent many years in France and the French are proud of their food traditions. Burgers, fries and all such are considered food for a palate that is not adequately educated at home. I know this sounds so snobbish and I apologise. But even in French farm houses… and families of truck drivers… and plumbers… good food made from the produce of the season are prized. I somehow assimilated this aspect of the French culture. As a Singaporean, it is easy to learn to worship food. I was already predisposed by my own food culture to do that.

From the time my children were babies, I tried to educate their palate. I would hold a slice of lemon to my 6 month old’s tongue and nose… let them mouth small bits of strawberries… 2 drops of chicken soup. I let them lick whatever I was eating once in a while. Kids love to mouth things. Their tongues are a tool to explore the world. Why not let them explore the sensations of taste?

Food analysis can be a marvellous bonding activity.

For the end of year class party last year, my son demanded that I make a ham, mushroom and oregano quiche. In the end, he was the only one to eat it because the other kids wanted to eat potato chips and jelly sweets. My son came home and said “My friends dunno how to eat properly, Mommy”.

I have no potato chips at home… no sweets… no soft drinks. We have lots of chocolate, but they’re all Grand Crus. The term “grand cru” tends to be used with wine and cognac. The well-known Louis XIII cognac is a “grand cru”. It is a name given to any food product that has a proven record of consistent high quality because production parameters from soil composition to plant care to fermentation etc… are strictly adhered to. This was not my doing. However, early training of the palate predisposed my daughter to an expensive hobby. She is teaching herself how to differentiate chocolates from different cocoa plantations, all with “grand crus” product lines.

My son’s tutor wanted to feed him French fries for lunch one day, and she was so surprised when he refused to eat any, and he took a filet o’ fish only. It helped that he had watched the documentary on McDonald’s (Supersized Me) with me. And he consistently refuses her offers of packet sweet drinks, preferring plain water. I sometimes pack frozen Ribena on outings only to find that my son wants plain water. His palate is not just used to it. It is too sensitive and it does not like the onslaught of sweetness that come with heavily sugared drinks.

Children need to be taught to discern good and bad. To teach them, we need to expose them to both good and bad, under supervision and early enough so that we can protect and guide them gently. Palate education can start from 6 months. The Chinese have long standing food traditions. We have hawker food that are an orchestra of tastes. A lot of good food doesn’t cost much… and when we cook at home, it’s even cheaper.

This said… there is some danger of food allergies with babies. The normal precautions with peanuts, egg etc… need to be taken. Limit exposure to one lick of a food perhaps twice a week or so. Every lick carries some degree of risk.

Thanks for sharing Chenonceau!

When my BB was 6 months I found one extremely useful book called "First Foods" in the bookstore which has recipes exactly for babies and toddlers.  What I like about it is that is highly recommends babies and toddlers to eat and taste the ORIGINAL taste of food without additional salt or sugar.  It said that we adults are so conditioned to highly salted or sugared food that we thought it tasteless for babies but in fact it is not so!

Foods like steamed sweet potatoes, cord fish, sweet peas, mash bananas, mash potatoes with some butter etc. are so rich in taste by itself that there is no need for any additives and babies love it!

After that, we fed BB porridge cooked with fish/chicken and spinach and as my DS grows up, followed us to eat brown rice and home-cooked soup.  My boy now refused to eat fried chicken skin or any fatty meat.  He loves apples and bananas.  He is allergic to nuts and MSG!

I am glad he is eating healthily (although he tends to eat too much) and enjoys the occasional fries during his school outing.  I try not to forbade him to eat fries when other kids are eating because it would be more of a temptation next time.  The main thing is for us adults to eat healthily at home as well so that the kids will follow our example too.

Yeah lor... Whenever I have

Yeah lor… Whenever I have McDonald’s craving my kids give me an earful. Sometimes, I can’t tell if I’m the Mom or THEY are. And yup… for mine too, at toddler age, they didn’t reject food (at least not much).

Thanks for sharing this Chenonceau, I also made sure when my kids were young like for eg. 6 months they would have the taste of the food which I ate.. I kanna from my MIL but due to this my kids can take most of the food now. Infact now they are so used to healthy food that I have to really think what should they eat when we go for junk food once in a while!!

She tries to talk to me about

She tries to talk to me about notes of blueberry and a hint of citrus… and all I can taste is chocolate. I can’t really check that she makes sense ‘cos I can’t differentiate the different notes. For me, it’s chocolate… and it’s so expensive that I daren’t eat a lot myself. I leave it all for her. I HOPE she has a good palate ‘cos it’s costing me a lot!! Far more than stingy me will spend on me.

Great post, Chenonceau. Your dd must have a great palette to be able to distinguish among the different grand crus of chocolate.

Thanks a bunch csc!!

Thanks a bunch csc!!

Hey, I agree with what you

Hey, I agree with what you are putting across… and i love the way you write…i have been following your blog… nice 🙂

Hey! That’s an idea!! I’ll try that too!! Tomato based beef stew.

Interesting read ~ i don’t like my kids to eat french fries either.. they are oily and the tomato sauce that comes with them is very high in sodium content.  Incidentally, wonder why it’s called ‘French’ fries when the French wouldn’t even eat them..?

I find it’s easy to get my kids to eat vegetables that they don’t like very much, by cooking them in a tomato-based beef stew, which helps to mask the taste of such vegetables as asparagus, zucchini, broccoli, etc.  Adding a pinch of mixed italian spices makes the stew more fragrant too.

I have lotsa problems with

I have lotsa problems with greens too… and veggies in general. Then I found that they liked oven grilled veggies and ratatouille so I cook that a lot these days.

Teehee! Parents always want kids to be better than they eh?

No junk food for DD

It’s so ironical – I like junk food like potato chips and sweetened drinks like bubble tea (my absolute love!), but strictly forbid my DD to snack on junk food, for her own good.

Hence she now likes drinking plain water and hardly snack on potato chips, except the occasional french fries which I bake instead of deep-fry. Sweets and chocolates are also not encouraged, though I do let her indulge once in a blue moon.

I’d like to encourage her to eat more greens and red meat, which are not her fave foods. And I’m still trying…