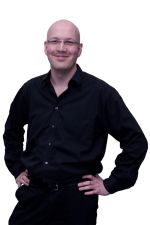 Duncan took his first teaching qualification in 1998 in Bristol, UK. He started with teaching at local secondary schools there. His passion for travel brought him to Japan where he taught in universities and charities. Duncan became a manager of a language school in Japan. Shortly thereafter he went on to complete a Master’s degree. He continued his passion for teaching in universities in the UK and Turkey. In 2008 he moved to Singapore to work for the British Council and is currently doing his doctorate in education.