For Preschoolers, Social Smarts Are As Important As Brain Smarts 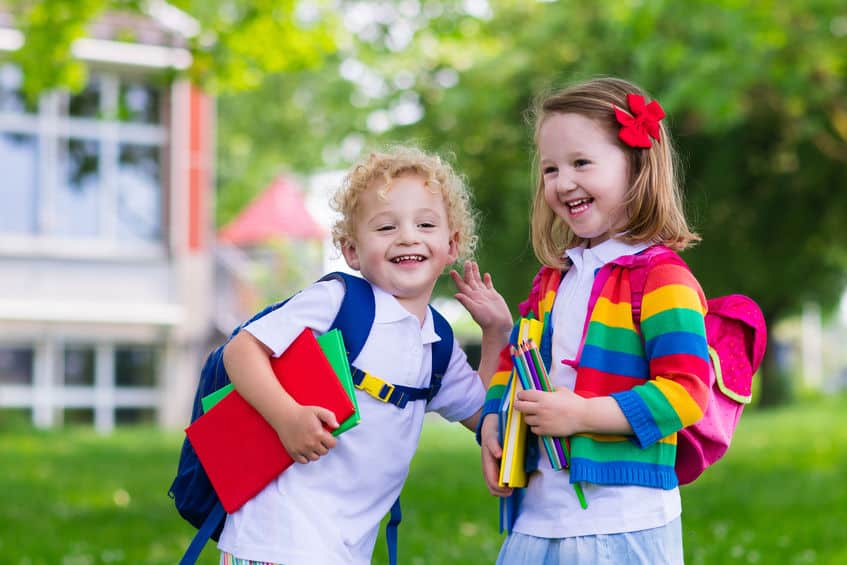 Did you know that children with strong social skills in kindergarten are more likely to attain higher education and thrive as adults?

Here’s another research finding that may interest parents: employers are increasingly rewarding workers who have both social and technical skills.

But don’t we build our social skills naturally from childhood? Not necessarily, says Michelle Garcia Winner, who has developed a social skills curriculum that she calls “Social Thinking.”

For some, this process can be intuitive. But for many, it is “anything but natural,” says Winner. She adds that one’s ability to think socially “has little to no relationship with conventional measures of intelligence.” In fact, many who score high on standardised intelligence tests can lack basic understanding about social communication and interaction.

How can parents and educators help children to develop strong social skills during their foundational years? Read on for some educator-recommended activities that you can try at home.

A social communication concept for kids to learn is the art of being attentive to someone else’s feelings. This will help the child to be more attuned to others’ emotions later in life, so that they can adjust their own behaviours accordingly.

One way to explain this to children is to let them know that they need to use “more than their ears” to listen to others, says speech and language therapist Elizabeth Lim.

Suggested activity: Show your child a picture of a person displaying an emotion, such as anger. Ask your child to look for visual clues as to how the person might be feeling. A socially observant child might point out that someone looks angry when they frown, resulting in a crease between their eyes. A child that is less socially aware may miss visual cues about emotions, and this is where you can provide guidance. If your children are asking questions — such as “Is she sad?” or “Is he angry?” — they are already demonstrating social awareness, and you can extend the conversation by asking, “Why do you think that?”

Distinguish Between “OK” & “Not OK” Actions

When discussing appropriate social behaviours with children, an educator tip is to use milder, non-confrontational terms such as “OK” and “not OK,” instead of labelling behaviours as “good” or “bad.” You can explain to children that “not OK behaviours” may lead others to feel uncomfortable, while “OK behaviours” ensure that everyone in a group is able to have a nice time.

Suggested activity: Speech and language therapist Lee Er Ker says he often screens “Mr Bean” videos for children, to get them to identify behaviours that are “OK” and “not OK.” An example is this video of Mr Bean preparing a sandwich while seated next to a stranger. You can pause the video after each action is performed, to ask children if what Mr Bean is doing is appropriate or not, and why. Get them to think about what the person beside him might be feeling.

In order to adapt to different social situations, children require a flexible mindset, where they are able to shift the focus from their own needs, to what others might need.

For instance, you may have planned a lunch outing with friends to a favourite cafe that is unexpectedly closed — most children may feel disappointed in such a situation, but many are able to have a meal elsewhere without a fuss. For some children however, not having their expectations met may result in a meltdown.

Suggested activity: Although structure is healthy for children, breaking out of a routine to do something different also helps them to build adaptability skills when unexpected situations arise. To help children grasp the concept of “flexible” versus “fixed” thinking, you can give them a bag of objects containing “flexible” items such as a straw or dough, as well as “fixed” items that cannot be bent or shaped to one’s will. Encourage them to think of alternative uses for the objects, and see if they are able to find more uses for the “flexible” objects, compared to the “fixed” objects. Explain that when problems arise, we will sometimes need to “bend a little” — i.e. use “flexible” thinking — in order to create a solution.

Have you ever witnessed an adult overreacting to a minor situation? Or do you have friends or family members who are so easily angered or upset that everyone around them has to walk on eggshells?

Conversely, do you know of people who are unable to stand up for themselves, by speaking up or seeking help when they have been badly or unfairly treated?

Not being able to manage one’s feelings and reactions can affect a person well into adulthood, at work as well as in one’s personal life.

Suggested activity: Explain to children that problems in life can be “big,” “medium,” or “small.” Big problems are problems that require an adult to step in to solve. Medium problems can be resolved with a little help, either from another child, or an adult. Small problems can be easily resolved by children on their own. You can use physical objects of different sizes to represent the scale of a problem. Present different scenarios to your children to gauge the appropriateness of their responses, such as “Your friend sprained his ankle and is unable to play outdoors with you today” or “A stranger approaches you in school to offer to send you back home.” Ask your children, “Is this a big, medium, or small problem?” and “What should you do next?”

The above tips were adapted from a workshop on social-emotional competence in preschoolers, organised by the Dyslexia Association of Singapore (DAS) at their Preschool Seminar 2019. The presenters, Elizabeth Lim and Lee Er Ker, are both speech and language therapists with the DAS. Find out more about the DAS and its services here.

Get A Head Start On Comprehension Skills! Free Resources For…

Score an A* in your ENGLISH EXAMS with Dr Rosalind…