From Mandarin To French?

Does your child take Mandarin as a “mother tongue” language (MTL) in primary school? Chances are you’ve heard stories like this one from KiasuParent member LaziDad:

I had tried all the options for him: private tuition, tuition centre. But he’s struggling… His P5 SA1, CA2 [scores] are all around 38% only.

For some children, acquiring Mandarin proficiency is an all-consuming challenge, and it’s not uncommon to hear of a child still grappling to make sense of the language after available avenues of help have been exhausted. A number of parents have turned to a last-resort solution: Obtaining an exemption from the MTL. According to Singapore’s Ministry of Education (MOE), such exemptions are granted for “exceptional circumstances,” which they say fall under two broad categories:

The MOE has since released figures for MTL exemptions in response to questions raised in Parliament:

There is a third, lesser-known option that students struggling with Mandarin (or another MTL) can consider, and that is to replace it with a foreign language such as French. The MOE was unable to provide statistics for this, but said the 3.5% figure cited above did not include students who had replaced the MTL with another language. 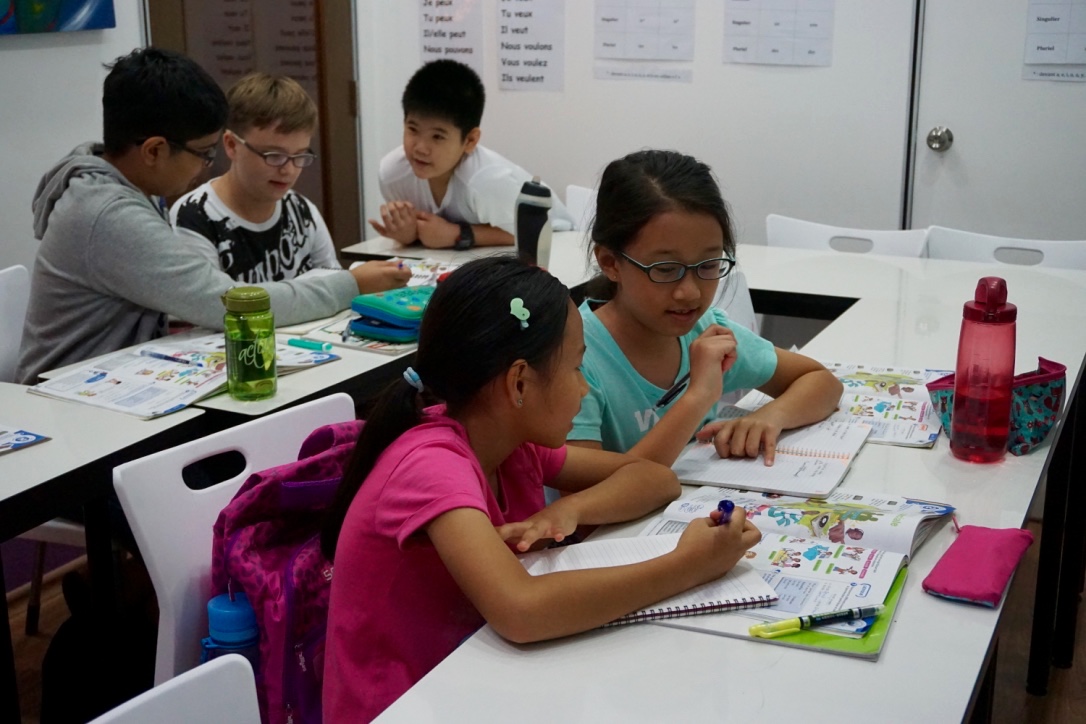 To find out more about this option, we got in touch with Amélie Recroix, the director of French Studio, which has been running French classes for children and adults in Singapore since 2011. According to Amélie, French Studio has taught over 250 primary and secondary school students who have been granted permission to study French in lieu of their MTL.

Based on your experience, are most applications to replace a “mother tongue” language with French approved?
This is difficult for us to answer, as most parents submit their applications to the MOE and obtain the approval before they contact us. We do however have a lot of students who study French in lieu of their MTL, so this highlights that applications are successful. For parents, we have a step-by-step guide to the application process on our web site.

What reasons do parents cite for wanting to make the switch?
Most of our students have chosen to study French as they do not speak their assigned MTL at home.

What are some challenges that your new students might face?
One of the biggest challenges of learning any new language is perfecting the pronunciation. We’ve found that some students struggle at first if there is a similar word in English and French, but with a different pronunciation. However once students have practised using the word a few times, it does become easier. Some students can also be shy when learning to speak a new language, so we make sure all our classes are as relaxed and fun as possible, with lots of varied activities.

Do students have to take a PSLE-equivalent exam for French at age 12?
No, the great news is the PSLE average score will be based on three subjects instead of four, so students can focus more on their other subjects without the stress of having to pass the MTL exam.

Have your students thrived after switching from Mandarin to French?
We have a Singaporean student who was struggling to do well in Chinese at school. His parents and grandparents had tried to help him study, however after a while they decided to apply for an exemption from the MOE, over concerns for the child’s PSLE score. Since joining us at Primary 4, we have seen our student progress by leaps and bounds!  He is now studying French at Secondary 2, after doing really well in Secondary 1, and we couldn’t be happier.

We also teach a girl whose family is from the Philippines. She was struggling with Chinese at school and her teacher recommended that she apply to the MOE for an exemption and consequently, she started studying French with us at Primary 2. The feedback we have received from her parents has been brilliant—she enjoys her lessons and is making great progress.

Will students be able to get the language exposure they need from a weekly class?
We have found that by attending a two-hour weekly class, our students do really well. In our lessons we work hard to ensure we cover all the basics, and our native French teachers devise interactive lesson plans that introduce students to French songs, traditional crafts, and activities—our students regularly have things to take home and show their families. We also provide a textbook, which includes a DVD and CD to play at home.

Do students have to sit for a French paper during the O-Levels?
Yes they do. Once our students start secondary school, they will sit an annual exam every September and their French O-Level exam in Secondary 4.

What are the requirements of the O-Level paper and how do you prepare your students for this?
Students are tested on their reading, writing, listening, and speaking skills. For students studying for their O-Level exam, we usually recommend they attend at least one two-hour class per week at French Studio.

Some will opt for more hours, for example by combining private and group classes, or by attending a class at the MOE Learning Centre as well. We ensure all our group classes are small, so that our students can practise their speaking skills as much as possible and ask questions. Also, we follow the same syllabus as the MOE Learning Centre and hold mock exams to ensure our students are 100% ready to pass with flying colours.

What are the practical advantages of studying French for Singaporean students?
There are lots of advantages to learning French! It is an international language that is spoken in many countries around the world, so for future job prospects the ability to speak both English and French could be advantageous. French is also similar in many ways to English, with both using the same alphabet and “sharing” a number of the same words, and students can even expand their English vocabulary by learning French. It is also a language of culture, which can open up a whole new world of music, films, and literature.