From SG to NZ: A Better School Life?

Many families would welcome a break from Singapore’s school system if they could get one. It’s certainly possible—some parents have chosen to homeschool, while others have opted to take a permanent vacation from the system by leaving the country altogether. What are the motivations behind such a move? Is it worthwhile, or are there regrets? We spoke to Jacqueline, who relocated to Auckland, New Zealand in 2013 with her husband and three sons, now 14, 12, and 10. 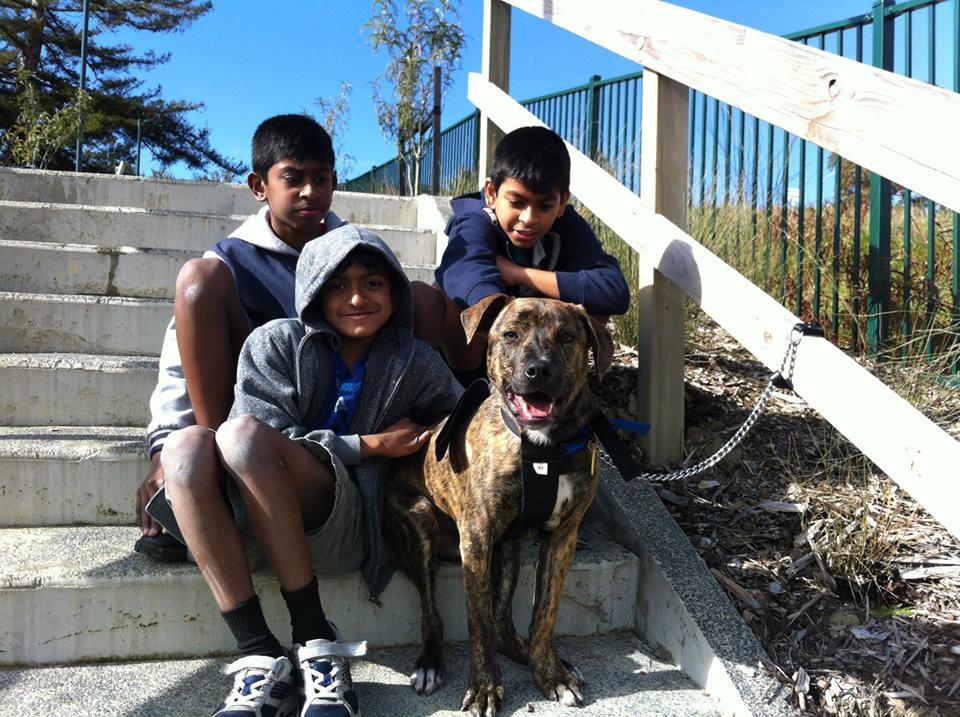 Did you move for the kids?
It’s complicated. And as I hear from many people, one spouse might be more for the move than the other. In our case, my husband was in the driver’s seat. We lived in the US for two years when he was training in flight school—that planted the seed in his mind about living in another country, and the adventures that could be had elsewhere. Taking our boys out of Singapore’s stressful education system was a side reason.

How were your sons doing in the Singapore system, in terms of grades and morale?
Some did better than others but overall they placed in the top 25–45%. My eldest son left after Primary 5 and so he had the most exposure to a system where grades can be dismal and don’t commensurate with the effort that was put in. He has felt disappointed while in Singapore, but not to the point where he gave up trying. It was still a battle to be fought and one that could be won but it did tire him. To add to that, we didn’t believe in subjecting our boys to tuition, as just getting homework done was taking up a lot of time. We wanted them to have white spaces in their lives. We did tutor them ourselves, and that might not have been the best option for their grades as we could only help them after work and on weekends.

When did you start thinking about relocating?
My husband and I returned from the US in 2005. After that, he began to casually mention relocating but I dismissed it—it wasn’t an option in my world. But in 2010, the idea gained traction when we attended a migrate-to-Australia presentation.

How did you decide on New Zealand?
We didn’t initially! We used the immigration agent we met at the presentation to help us get to Australia—that was the only country on our radar then. But I had left the IT industry to run a photography business in Singapore, so I didn’t meet the requirements specified under Australia’s Skilled Migrants category. Our agent then suggested NZ, as he himself had moved to NZ from South Africa and he said it was a great place to raise children. NZ had never crossed our minds before that—we had never met a Kiwi, had never read much about the country, and didn’t know anything about it except that it was a green paradise (and not a practical option for the modern person) as well as the land of Lord Of The Rings.

What resources did you use to help with your move, and how long did the decision-making process take?
We used the Immagine agency, which provides immigration services to New Zealand and Australia. I think we took about two months to decide that yes, we were going to try this.

Did you feel convinced about your decision to move?
I certainly didn’t. There was a lot of negativity online relating to all aspects of NZ life, or so it seemed from internet articles and web sites like this one. We scrutinised every piece of news coming out of NZ, but I don’t think I dealt with the uncertainty. I just went with the flow and focused on my first step, which was to find a job.

How did you manage to get your boys on board with the plan?
There wasn’t much protest—yes there were friends to be missed, but the thought of getting out of the Singapore school system must have been quite a draw for my sons. I know that my middle child was conflicted. He was nine when we moved and he did question the move. We did the best we could to play up all the positives about the move and how we would still visit Singapore. There’s no easy way to do this and it probably wasn’t convincing to someone who was attached to extended family and friends. But it helped that there weren’t any wild protests against the decision.

Did they face problems with missing their friends and fitting in?
Not really. The younger two were in primary school and immediately fit in. My eldest didn’t get into a comfortable space right away, but there were no major issues. He had friends who came by to our home even though they were not particularly chummy. Our neighbourhood was great—there were five other boys who hung out so our boys were immediately accepted into the “street gang” and spent many hours together.

What were some education challenges that you encountered when settling in?
There was no homework! I wondered what my boys were learning in school, or if they were learning anything at all. I also questioned the material that they did bring back, like presentations that they had to deliver, or project work. To me it seemed like the kids were learning how to fly before they could walk. I worried that their brains were turning into mush.

What are the biggest strengths of the NZ system, based on your sons’ experience?
The kids get to learn about the world around them, with no defined learning objective, especially so at primary school. For instance, my youngest son learned financial literacy—he learnt about taxes and taxation to the point that he is conniving to beat the system. I was also surprised to discover that he had a working knowledge of warm and cool colours, when he commented on two items that I was pairing. What my boys get in NZ is education carried out for the sake of learning, and not as a step towards the next level of education, which ultimately prepares you for working life.

What are some of the flaws of the NZ system?
There isn’t enough feedback provided to the student. For instance, an essay might receive a grade and a comment but not a detailed correction. NZ’s national exam, the NCEA (National Certificate of Educational Achievement), has a complicated marking system. The overall grades you can get at an exam are “Not Achieved,” “Achieved,” “Merit,” and “Excellence.” Each question is awarded a “mark” of “Achieved,” “Merit,” and “Excellence.” As a parent, I can’t follow how the overall grade is computed. As a student, my eldest son somewhat knows how the final grade is determined but it’s still a little grey. Also some subjects like Maths, as well as Science, should be black and white in terms of questions and answers, however under the NCEA syllabus, there is real-world application involved. For instance, if a pie costs 40c to make, how much should it be sold for to make a profit? Answering 50c would be marked as incorrect—a correct answer would be more like $1.50, because in the real world, pies don’t cost 50c. There’s too much ambiguity in this system and it’s no secret that students who graduate from high school with decent grades struggle with math at university level.

At the intermediate level (Year 7–8, which is equivalent to age 11–12), children begin a more academic approach, however even this is integrated so there are no subjects and everything is fuzzy at a point where I would’ve hoped for clarity and specific skills being built up. A lot of the learning is dependent on the school and the teacher.

How would you say your sons have improved, compared to their development back in SG?
They’ve had to emerge from their shells and put themselves out there—making new friends, all of whom come from a different cultural background. They’ve also had to gain new confidence to speak to teachers and other adults in a foreign environment. I think that they are happier with life, and proud of the education they are receiving.

What are the opportunities that they have in NZ, which they wouldn’t have back in SG, and vice versa?
In NZ, my sons are able to pursue their sports interests because of the country’s strong sporting culture. They get to play their favourite sport—football—in a league with children from other clubs, and that’s something they would never be able to do in Singapore.

What I miss about Singapore is the independence my boys can have, with a widely connected and safe public transport system. In NZ, parents need to drive their kids to school, to their friends’ homes, to sports activities, and so on.

Are there things you miss about the Singapore system?
I miss the assurance that if my child goes through the system, he is pretty much set for a decent life in Singapore. I’m not sure if that’s true, but there is a certain degree of confidence in the future of my children.

If you could do it over again, what would you do differently?
I would research schools better—there are things I now know that I didn’t know before. Like when someone says a school is “good,” it might mean the school has a sports focus, or they might qualify “good” schools differently. When we first came here, we registered my sons for the nearest schools that were labelled “good” by the people we asked. As it turned out, my middle child’s experience in Rosmini College has been better in all the aspects that were important to us. A good school trumps convenience and cost.

Would you say the boys have a brighter future ahead of them now?
I’m not sure, but not being in a system like Singapore’s where life is planned out for you means that we need to think more creatively about everything—how to get ahead, and what getting ahead means. Our measures of success need to be redefined.

Any advice for parents considering relocating?
Get in touch with fellow Singaporeans for a Singapore view of the education system. However, if we’re talking about NZ, the Singaporean is hard to come by. Ask to see the school in action, as this will give you a good sense of the school system. I did this for my children’s primary school and was impressed by how attentive and non-disruptive children were in their classes.

Sometimes you have to take the plunge to shape your own future—the world is still one of myriad opportunities, especially in the information age. Take advantage of that for your children.