What are the common mistakes that parents make, which could hinder their efforts to secure education funds down the road? Insurance agent Ashlyn Quah highlights four mistakes to avoid. 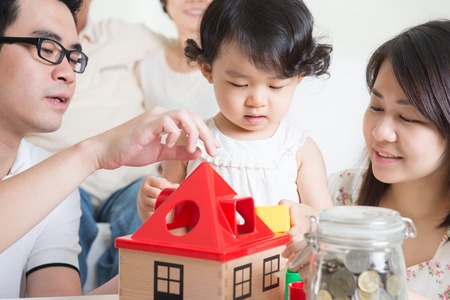 Mistake #1: Not having a plan.

AQ: Education funding is about being prepared for rising education costs—assuming an inflation rate of 5 to 6%—and being able to cope with your child’s living expenses through his or her schooling years. Without advance planning, some options would include:

When weighing your options, the question to ask yourself is: Are you creating assets or debts for your children? I would say the best option is to plan ahead.

AQ: The idea of building up funds—be it for emergencies, retirement, or education—is ultimately about saving money to achieve a future objective. The objective can be fluid and subject to change, but the bottom line is that your money should be working for you. That can only happen when you give it time to grow, so that your ideal sum will be there when you need it most.

Start as early as possible, even with a small amount—to allow compounding to take effect earlier. Couples can think about education funding when baby is on the way, or once there is an intention to have children.

The reality is that most couples don’t think about this early enough. When there’s a child on the way, couples become preoccupied with short-term financial commitments and won’t see themselves as having the extra cash to put aside for a long-term goal like education funds. Think about it: If the funds you’ve built up for education are not eventually required for that purpose, they can still be used towards retirement, so they will never go to waste.

So don’t worry about “What if there’s a change in my original objective?” What you want is the assurance that money is there when you need it, because you had the wisdom to start early.

Mistake #3: Not having a backup plan.

AQ: Education insurance plans provide protection for parents under a benefit known as “payer security.” What this means is that should death, disability, or critical illness strike a parent, the premium for the child’s policy will be waived, either for a specified duration, or for the entire duration of the policy.

For parents, this helps ensure that their objective of providing education will not be compromised should something untoward happen. We have seen too many examples of how a parent’s illness or death brings a child’s education dreams to a halt, and we can try to avoid that.

I also feel it’s a valuable financial lesson for children, when they realise that their privilege in being able to pursue an education is derived from what their parents have sowed over the years. They’ll learn that money doesn’t come out of nowhere, and that being able to afford what you want is a combination of planning, effort, and discipline.

Mistake #4: Fixating on the search.

AQ: I would say the education policies available locally are, to an extent, similar. After all, the features providers come up with are aimed to align with current market needs and demands, as well as match the competition. Policy features get restructured and enhanced quite frequently, and new policies are launched consistently as needs evolve. It’s difficult to pinpoint the strength that each insurance provider has, because at any given moment, another insurer will launch a plan with a stronger competitive edge.

Most of these plans, if not all, have similar main features, which include:

To me, the insurers are like different baskets where parents can place their eggs in, but ultimately the baskets are all on the same table. It’s important to understand that the best plan in the market is the plan that meets your present and future needs. Do your research by reading articles like this one, but don’t get lost in the comparison game while seeking coverage, as most of the 10 major insurers here are in position to fulfil their projected returns.