Getting into SOTA -School Of The Arts – A parent’s experience 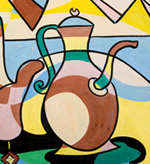 SOTA students admitted via what they call TAlent Camps or Talent Auditions ( Theatre/Music/Visual Arts/Dance) .This is conducted twice – once in March / the other in June.

Here’s my experience on how my kid got into SOTA.

I went for one of their talks when she was in P4 or P5 to find out their requirements for admission (I had already read it on the website but wanted to hear it from them).

It was then I learnt I had to prepare a portfolio of my kid’s art works(Visual Arts) and I had to sign up for one of their talent auditions in her P6 year(mine was in June 2009 this becos I heard it’s better for them to be well rested- June got one month break compared to March which has only one week)In addition, I learnt that if your child is confirmed a place after the Talent Auditions, in this case applied under DSA, whether in the end the kid gets into SOTA depends on her PSLE results.She must do well enough to get into Express stream .
And the story continues..

At the beginning of Jan 2009, I signed her up for Talent audition via website of which my kid was allocated an admisssion number. Her form and payment of $150 had to be submitted via post or by hand by a certain date.( The $150 is refunded via first month’s fees of the first school tem when she child becomes a SOTA student)She was given a date to come for auditions.(this letter comes later ,2 weeks before auditions)

Then there was an OPen House by SOTA (can’t remember if it is in end of last year 2008 or beginning of this year 2009) I could not make it on that day as I was working so I asked a friend of mine to bring my child. I needed my girl to find out abot the school and if she liked the ‘vibe’ – it’s a six year prog. leading to the IB diploma and the school days are long (abt 8 to 4pm) Besides the daily training of the Arts fields-3 hrs a day- she still must go for classes in the various academic disciplines. (Whatever I am writing here is what I learnt from their talks as my dd has yet to atttend her first day of school

)
My friend informed me that during the Open House, there was a talk given and they mentioned kids must get at least aggregate 230 during their PSLE to get into SOTA.

Anyhow my dd got into SOTA via DSA (confirmed place) and after the PSLE exams saga was over, we all began to worry if she would make it for the COP (as stated above)
Kiasu parents always worry ..regardless…sigh..’personiality’ hazard!!

Between the time after PSLEs were over and the time the results were released, just before the end of school term, you have to confirm if your kid wants to accept the DSA offer. At this time, to help us understand SOTA better, SOTA invited the parents to a talk to detail the curriculum and the IB diploma better so that we would know what her schooling years would be like at this specialised school of the arts. At the talk, it was mentioned – whether DSA students get into SOTA would depend on PSLE results-must get into Express stream

For additional details check out
http://www.sota.edu.sg/

Hi! I just read about your

Hi! I just read about your sharing about the auditon for SOTA in 2010. It’s been 4 months since the school started. Can you continue to share how is school life in SOTA and any advise for DD/DS who is going for DSA this year? Thanks.

Does the child needs to be good in all type of arts?

Can you share if the child needs to be good in all type of arts like music, dance, theatre, fine arts etc? What if the child is only good in one type, say piano? How are they going to cope with the other type of arts?

Your dd's art must be very good.

I find art really so subjective.    There are many kids who seem good in art these days, I always feel the art  "judges" typically have the hardest time to decide.

Music and dance seem much easier to assess because the discipline involved is greater than the talent, whereas art is more talent than discipline.   Just my 2 cts.

Is SOTA A Good School For My Child? Hear From…

Art Is For Everyone