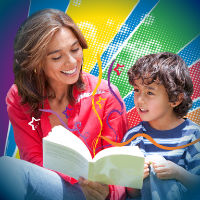 I found this PDF rather useful to determine giftedness of a child.  However, I still believe you should believe your gut and not subscribe to everything researchers write…. ha ha, I’m one researcher (not in this field) myself.

From my experience, there are so many levels of giftedness and it is very difficult to find a group of children who will be compatible if your child is very bright. In fact, most of the time, they are very frustrated when mixing in a group because gifted children are all very different, especially at this age.

All 5 of my children have past pre-school, and yet, I do not know what is the best for them, let me share my experiences:
For the first child, I sourced for the best child care centre and sent him to the most expensive. He read at 9 months old and could draw very well at 4. He read before he entered any childcare so I’m no sure if any school helped him. He learnt reading through me reading to him.

For the second child, I let her tag along kor-kor. She started added and subtracting at 12 months. Again, for the most part of childcare, she was sitting in the corner as she refused to learn ABCs, because she was reading Chronicles of Narnia at 4 years old. At 4, she came home and repeated the whole reproductive process (R-rated!!!) which shocked us. She read it while the rest of the class was learning the alphabets. Again, not sure how pre-school helped her.

For the third child, she was always sitting in the corner playing by herself. Yet, very friendly and sociable when she is approached. She learnt a lot, but she was not an early reader nor an early mathematician. She benefited a lot from child care. She always felt that she is stupid. (Of course she is not by my standard!)

For the fourth, he tagged along with jie-jie and went to play nursery at 2 years old. He was accelerated to a class ahead. He walked around the class the whole day in childcare and play group, apparently not listening. When he returned to his seat to do his work, he regurgitated everything the teacher said, finished his work, and went around telling his friends (who were 1 year older) all the answers. I took him out of K2 because he was so bored. Again, pre-school did not help much, except taught him all the wonders of the world and all the star constellations, which he read from the books. He did not learn to play with friends or anything socially. I did not know how child care helped, his only recollection is the bullying he got from friends one year older. As I have no time to teach him, he learnt everything from books. He taught himself how to read at 3 through comics and he could do his sister’s PSLE math when he was P2. I found out one day when he refused to do his P2 homework saying it was too easy. So I gave him DD1’s PSLE book and he did the questions at ease?!

For the fifth, I took a different tack. I dropped him off the cheapest childcare I can find. This one could not read by the time he goes to P1 beginning of this year, learned to walk at 17 months and talk at 12 months. The rest walked and talked before 10 months. I had no time for him. He was fearful of school because teachers scold frequently. His handwriting, however, is beautiful from the constant drilling, but he cannot spell. So beginning this year, I decided to do something. I don’t believe he is stupid. I decided to read nightly to him, and teach him simple Maths. I enrolled him in some online classes. To my amazement, he now reads very well. His maths also improved tremendously. He can do the P4GEP maths my 4th boy is doing. He now can read a novel. Yesterday, when I was teaching DD1 about Sec 3 A. Maths sets theory, he helped explain what is union and intersection to her. What an improvement from just 10 months ago.

I’m not sure which kid is gifted, which is not. I only know that the best teacher is still us, the mothers and the fathers. Whether we sent the kids to the best or cheapest childcare/preschool did not matter. Who they learn with did not matter, too. My 4th child suffered much bullying from childcare and mainstream school to this day. The price of being accelerated? The price of being 2e? Not sure.

Hope this helps some of you with your decisions on how you want to groom your very bright children. For me, I’m still not sure what works and what does not. To be brutally honest, I’m not very sure if my children are gifted or not. I’m just like any other parent, hoping they’ll do well and blend into the society one day. I just play along and listen to other folks with experience and learn as I grow with my children.

And, I’ve never sent my children to any enrichment, tuition, Chinese classes either. Even if they have to fail, they’ll fail and learn. That’s what I told them.

Kudo to you!! Having 5 kids

Kudo to you!! Having 5 kids is not easy.

I do feel that gifted are in born.  If they are diamond, they will shine.  When my girl is in P1, I am very kiasu, worry that she will drop her marks and send my girl to tuition.

When she is P2, she request to stop and I agreed. Surprisingly, her mark didn’t drop at all. 🙂  She still do well in P4 (at my standard).

I think some of your child

I think some of your child are gifted.

Online is shld also be

Online classess shld also be considered some kind of tutions. The tutor appeared inside the computer screen… so makes not different to me… so i dun know what you look at it differently… and sending kids to tution is not a ‘SIN’.

I chanced upon your blog and love it.

I have 2 kids. The eldest is born Mar 2006 (4.5yo now). He doesn’t like to read on his own. I have taught him to recognice words since he was 3yo and read to him daily since then. He loves book and enjoy being read to.

He cries everytime i ask him to do homework or read a page of Ladybird series-Peter and Jane or a page of about 20 words of chinese story, till now…. he still cry everytime i get him to read.

May i know how do you view this? How can i ensure that he is ready for primary school?

Would it be enough by reading to him daily without  teaching him to read?  I am so worried and therefore enrol him for Lcentral to brush up his english. We speak chinese and not well versed in english.  So, we do need external help.

Aside of this, i enrol him for arts and he loves it very much. This is the only subject that he willing to spend all his time doing it.

My girl 2yr3mths now seems picking up faster than brother. Better memory. She doesn’t recognise a word only letters and numbers up to 10. We use right brain since she was 9months old but i  tested her and knew that she does not recognise words.

Appreaciate your guidance on how shall i go about it.

My kids are normal kids. They are not gifted.

I really lift my hat to you, 2ppaamm! To raise and nurture 5 kids is really no chickenfeet.

Like you, I also believe that the best teacher is still the mummy and daddy. That is why I gave up my career to stay home and nurture my DD and only child despite slogging so hard through part work and part study to get a degree.

Unlike most friends around me, I did not send DD to preschool from 18 months. Instead I bought preschool workbooks and taught her at home. I also read alot to her. I only sent her for phonics enrichment classes when she was 2 cos I can’t teach phonics (never learn before). I pulled her out of the class after she has mastered her phonics and continue to teach and guide her at home.

Now at 3, she can speak English fluently (with all the correct tenses), some simple Mandarin (cos I only started teaching her Mandarin this year, whereas I’ve been speaking to her in English even when she was still in my womb) and read books from memory. She can also do simple adds and subtracts, join the dots, trace the dotted lines, and she loves colouring and dancing to music.

Next year she will be going to Nursery and I have enrolled her at one of the PCF kindergartens near our home. I’m also planning to sign her up for music piano lessons next year becos she loves music, not becos I want her to. I don’t intend to sign her up for art , ballet or Chinese classes unless she expresses interest.

Maybe I’m not a kiasu parent by most standards, but I certainly want the best for my child too. And though I may not have given my child the most expensive preschool education and enrichment courses, I believe I have given her the best of myself – my time, my efforts and the most productive part of my life. I hope that will help groom her to be the best she would want to be, gifted or not.

Kudos to you always, mother

Kudos to you always, mother of 5. I don’t know how and what I’ll do when DD turns "of enrichment age" in Singapore (3yo?). Now whenever she walks, stumbles and falls, I always tell her "It’s okay, try again sweetheart". I wonder if the rest of the world will be as kind and encouraging to her as she grows and "stumbles and falls" in life

Radianmum, I think we all

Radianmum, I think we all have to learn to stress our kids a little less.  That way, I believe they can reach their potential better.  Isn’t this what parenthood is about.  Sadly, many of us forget our very first responsibility, which is to help them reach them potentials, and want them to score As instead.  My question is always, at what price?

Ha ha!  Of course it is not.  But, raising even one child is very difficult.  I then to think that raising 5 is no different from raising 3.  I guess they call this economies of scale?

"I’ve never sent my children to any enrichment, tuition, Chinese classes either. Even if they have to fail, they’ll and learn."

If only we have more parents like you in Singapore – our kids (& parents likewise) will not be so stressed !