Help Your Girls To Love STEM: What You Can Do Today 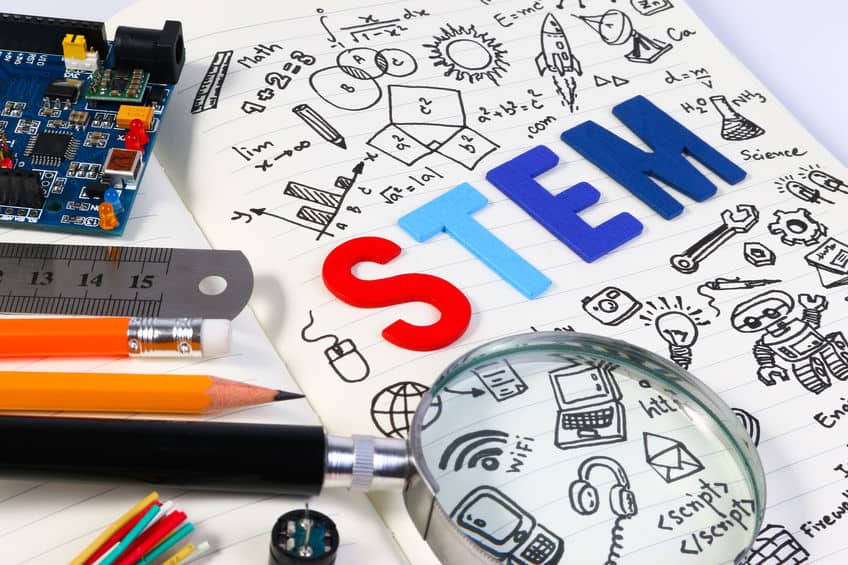 Parents, perhaps you’ve heard that we need more women in the STEM (science, technology, engineering, and math) industries. But why is this so?

In a blog post, Imafidon cites the example of seat belts. When seat belts were first invented, they were modelled on data relevant to the average male body, and these seat belts proved deadly for women and children, as their body proportions hadn’t been taken into account.

Another reason to get more women into STEM is that the fastest-growing jobs worldwide require engineering and tech training, says Debbie Sterling, who founded GoldieBlox, a line of engineering toys for girls. “There are huge opportunities for women in these jobs, yet there are still so few women entering these fields,” she adds.

In Singapore, local minister Grace Fu has also called for more women to join the STEM industries, so they can reap the benefits of these careers, which will feature strongly in Singapore’s future.

According to non-profit advocacy group Girls In Tech, women currently make up 45% of Singapore’s workforce, but only 25% of the STEM workforce. Furthermore, a Mastercard study released last year suggests that gender bias continues to discourage young women from pursuing STEM careers.

In the study, which surveyed over 2,400 girls and young women in the Asia Pacific region, 41% of local teenage girls said they would be less likely to pursue STEM-related jobs because of the strong male presence in these industries. But notably, when asked what would attract young girls to pursue STEM careers, 40% of local respondents said that parental encouragement would be paramount.

How can you encourage your daughter to be interested in STEM? Read on for suggestions by experts, and try them out today!

Use Stories To Help Girls Fall In Love With STEM

“When I was little, [my mother] used to drop my brother and me off at the science section of bookshops,” says Sierin Lim, an associate professor of bioengineering at the Nanyang Technological University (NTU) Singapore. “I started reading science books, and developed my interest from there.”

You can browse resource sites, such as A Mighty Girl, to find recommendations for science and technology books that might suit your daughter.

Alternatively, look out for inspiring news stories to share with your daughter, such as this one about Sylvia Acevedo, former NASA rocket scientist, who is today the CEO of the Girl Scouts in the US. Acevedo was a Girl Scout herself, whose interest in the stars was piqued by a camping trip. Her scout leader encouraged her to earn her science badge, which required that she build a rocket. Her rocket couldn’t get off the ground at first, but she persevered and learned about gravity’s pull — and how to break it.

“At that point, I had that moment realising that not only could I do science, I liked science,” she says.

Let Girls Know That Science Can Be Creative And Fun 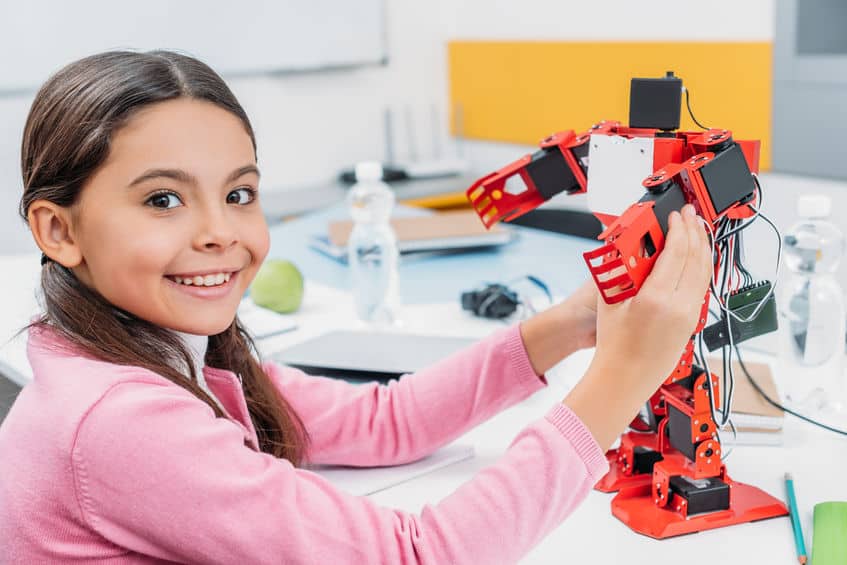 “Scientists are very creative and fun-loving people too! We often have interests in topics outside of our science that range from business to arts and culture, not to mention being multi-talented,” says NTU’s Sierin Lim. “I get to work with… collaborators and students from different scientific and social backgrounds. The idea exchanges are exhilarating.”

According to John Devitry, a Research Fellow at the Center of Space Engineering-Utah State University, creative and artistic students are often “not interested in engineering because they think there’s just one answer.” But there are many ways to deliver a solution, and engineering also involves creative problem solving as well as design skills — help your daughters to see the full picture, and they may be intrigued.

How can you problem solve like an engineer? Here’s an easy framework suggested by manufacturing giant Siemens:

Encourage Girls To Be Imperfect, Yet Resilient

“We have to rethink the way we raise our girls,” says Reshma Saujani, founder and CEO of Girls Who Code, a non-profit organisation that aims to increase the number of women in computer science. “Boys are pushed to take risks; girls are not. In fact, they feel like they have to be perfect at everything they do; they see getting a ‘B’ in math class as bad.”

“The process of learning how to code is learning how to fail,” she says. “We need to teach girls that it is all right to sit with that discomfort of not knowing the right answer right away.”

Saujani adds that dads have an important role to play in bridging the STEM gap. “You have to inspire girls to try things that they may not be good at,” she says.

Remind Girls: There Is More Than One Way To Be Involved In STEM

Speaking at a secondary school STEM workshop this year, NTU’s Sierin Lim shared that girls with STEM training who are skilled storytellers can also consider a career in science communication, where one’s primary role would be to distill complex science concepts into something digestible, for public consumption.

But ultimately, your focus should not be on identifying promising STEM career paths for your daughters. Instead, help them to keep an open mind, and to keep exploring different interests.

As Steve Jobs famously said: “[Y]ou can’t connect the dots looking forward; you can only connect them looking backward. So you have to trust that the dots will somehow connect in your future… This approach has never let me down, and it has made all the difference in my life.”