Helping My P1 Son To Prepare For Show & Tell 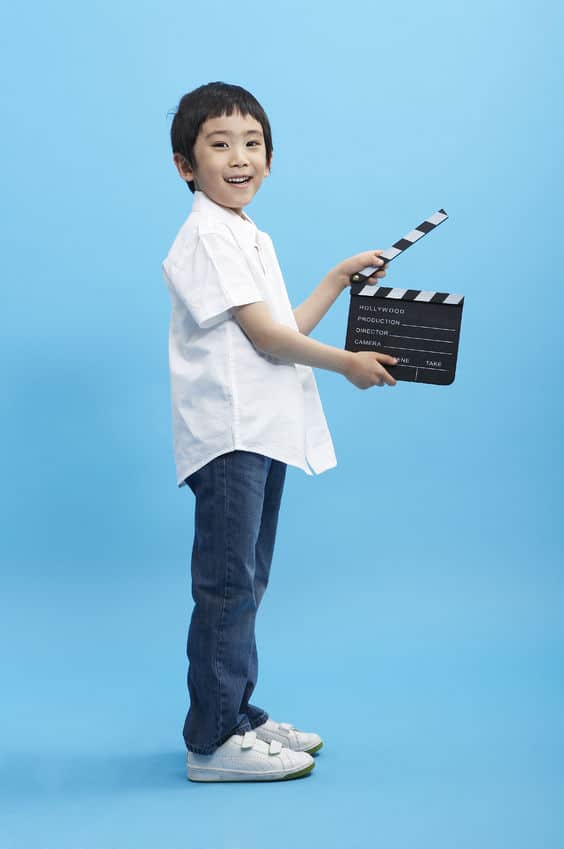 My son, who is currently in Primary 1, will have his first Show & Tell session at the end of this month. I also have a daughter in Primary 6, so I’m familiar with the teachers’ requests for parental support when it comes to assignments involving research and class presentations.

I see the value in these projects, but I would also like to see schools dedicating much more curriculum time to such projects, so that the heavy work of finding, assessing, and summarising relevant information, as well as drafting presentation speeches and honing delivery skills, is completed in class. This would allow teachers to break down these essential life skills into bite-size steps, and perhaps rope in older students as mentors if they are unable to supervise every student themselves.

But until that day comes, I know that I will have to step up and provide the necessary support at home. This is how we are preparing for my son’s big day:

The topic for my son’s Show & Tell is “My Favourite Animal.” I asked him if he had a favourite animal and he said “no.” I reassured him that it didn’t have to be a favourite animal—it could just be one that he found interesting. I suggested a few options and he picked the snake because it was “cool.”

Next, I asked my son, “Why do you think snakes are cool?” He replied that they seemed very powerful, and when I asked why, he said “Because they can kill.” I then followed up with, “There are other animals that can kill. What makes the snake special?”

“Why” is an essential question to ask throughout the preparation process, as it helps children to lend weight to their opinions. I told my son to imagine that every sentence with an opinion should contain the word “because.” (For example, “I like snakes because…” or “Snakes are powerful because…”) I also reminded him that “I don’t know, let’s find out” is a perfectly acceptable answer.

With my son’s replies, we were able to draft an introduction—to save time, I typed it out for him:

I don’t have a favourite animal, but I think the snake is cool because it is very powerful. Although a snake doesn’t have any hands or legs, it can kill other animals and even people.

Use The Rule Of Three

I wanted to keep the research, if any, fuss free. My son said he knew that snakes could kill by “surrounding another animal.” I proceeded to locate a simple site that listed two other ways in which snakes could kill, and we had our second part of the speech:

The snake kills in three ways. First, it can eat another animal while it is still alive. Second, it can coil itself around another animal, until it can’t breathe. Third, it can bite another animal and inject poison into that animal.

Without any special effort on our part, this worked out well, as there is a “rule of three” that public speakers and writers often cite—it is the notion that people tend to pay more attention when three items are grouped together. (The presentation template that we were given also consisted of three paragraphs.)

Add An Element Of Surprise

My son mentioned that snakes are “cold-blooded.” We wanted to add this fact into the presentation, and we had to find a way to create a link. My son wasn’t able to do this yet, but I think this is a skill best demonstrated rather than taught:

This doesn’t mean that the snake is so powerful that it can control everything. Snakes are cold-blooded animals—when a snake is in a cold place, its body becomes cold. When it is in a hot place, its body will be warm. This is why you won’t find snakes in places that are too cold.

Practise Without A Script

After I had typed out the presentation text, I printed it out and attached it to a clipboard. I had left out the self-introduction and conclusion components, as I felt my son was capable of doing that on his own.

Subsequently, I asked my son to read the text aloud twice, just to familiarise himself with the information. From then on, he practised by standing against a wall and addressing an imaginary audience, without a clipboard or cue cards.

We started rehearsing with just a self-introduction, before adding on the next paragraph, and so on, and I recorded videos of him from his very first try, so that he could see his own progress.

I don’t intend for him to memorise his speech—to me, it is more important that he remembers the basic facts and is able to share them with an audience in a way that he is comfortable with, even if he has to use different words each time.

I too delivered the presentation, without referring to the text, to show my son what a fluent presentation would look and sound like. I also suggested where he could inject actions and expressions to create interest. I don’t expect him to do the same, but I think that introducing some dramatic flair, apart from being fun, could serve as a memory aid.

Be Aware Of Non-Verbal Distractions

My son tends to fidget while standing still, and it is a habit that his tutor and I have both pointed out to him. My strategy is to get him to regard the presentation as a short performance, where he pretends to be a different character, and therefore has to restrain himself from falling back into certain natural behaviours and habits while in presentation mode.

Create A Sense Of Purpose

I told my son that his speech was important, because it could help his classmates to learn something new about snakes. In the same vein, I would encourage him to listen attentively to his classmates’ speeches, as he would be able to learn from them as well.

Click here to read about another KSP member’s efforts to prepare her daughter for Show & Tell in Primary 1.

Chinese Lessons With Refund For Non-Improvement? Yes, You’ve Found It

How to Give Your Child a Head Start for the…