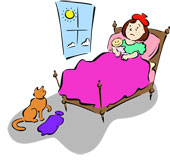 HFMD is common among ccs. The ability of it being able to spread like fire among children is well known. Some parents blame the ccs for being dirty and therefore the ccs have to go through HFMD pain. Here are some insight into HFMD in ccs:

So if you want to ask a cc about whether they have any outbreak of HFMD. The more meaningful questions will be:

From the answers, you will know whether your child will be in good hands in the event of an HFMD outbreak…