How To Survive Class WhatsApp Groups 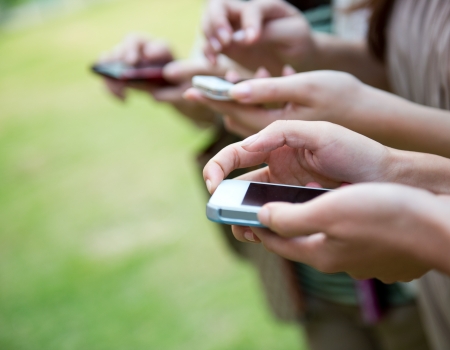 At my son’s Primary One orientation in December, parents were explicitly told to avoid class WhatsApp groups, or to participate at their own risk. The principal said he had received numerous complaints over the years about unacceptable parent behaviours on such groups, which included exploiting the groups for personal gain.

I have a daughter in Primary Six, so I’m familiar with what can happen when 30 sets of parents interact over text—besides fear mongering, parent rivalry, and school politics, there are also information leeches and individuals who fail to respect sensitivities, religious or otherwise. Yet I’ve still found these groups to be fulfilling over the years, and being a part of the group gives you a support network and an insight into your child’s classroom and school that you won’t find anywhere else.

Here’s how you can turn class WhatsApp groups into an asset for you.

Use The Mute Function

At work or simply feeling disturbed by the flurry of phone notifications whenever your school chat group comes alive? Click on the group header in the chat window and you’ll see the “Mute” function, which will allow you to mute the group for eight hours, a week, or a year. You will still receive messages sent to the group, but your phone will not vibrate or sound an alert when these messages are received.

The natural leaders and more experienced parents in the group are usually more vocal. It’s easy to write off certain personality types as being overly assertive, but hold back and watch their actions as the weeks go by. Take-charge parents may move your heart with their care and concern, while others may reveal vulnerabilities and anxieties that you can relate to.

Be A Positive Member

If you are not averse to speaking up to strangers, you can take it upon yourself to issue gentle reminders for the group to keep discussions friendly, or to channel side discussions into relevant groups instead. If you sense that the teachers are receiving a barrage of unwarranted complaints and requests, put in a good word for the teachers, or send them an encouraging note to boost their spirits.

Some parents view WhatsApp groups as time drains, but through the casual conversations and the occasional school gossip, you can glean useful information about your child’s school—its track record, feedback on the principal and teachers, affiliation trends—especially if you’re a hands-off parent that hasn’t done much prior research. If you prefer to observe rather than participate, a quick scan of chat developments at the end of the day can get you up to speed. At the very least, the daily reminders about what to bring or wear for the next day can be reassuring for first-timers.

If you are able to answer a parent’s question, do it. It’s a good way to spread the load and introduce yourself to your new community.

Report Infractions To The Group Administrator

If you feel someone has crossed the line—for example, by discussing or sharing links to polarising content that is unrelated to school matters—send a message to the group administrator so that the person can be dealt with in private. The class chat group should never become a battleground for opposing views.

My daughter’s Primary One chat group was full of cat pictures and superhero memes, and I liked it that way. We were all quick to volunteer when help was needed, and we made effort to get to know the other parents in those early days. Till this day, many of the parents are still close, and the sentimental ones among us have not exited the chat group.

School chat groups tend to be viewed as the realm of mothers (especially stay-home mothers), but increasingly I’ve seen more dads participating. It’s healthy to have both perspectives, and the mental load of school shouldn’t rest solely on the mother’s shoulders.

Even if discussions in the chat group rub you the wrong way, don’t mock them on Facebook or other social media. If you feel the environment is intolerable or contravenes your personal standards of conduct, leave the group to maintain your sanity.

Chats Will Quieten Down, Eventually

I’ve found that since Primary Three, my school chat groups have been purely functional—it’s become a space for essential updates and for our kids to post queries, which they rarely do. I miss the camaraderie of the early days, but I also appreciate the quiet restraint of these later groups, which mirror our own relationships with our children as they become more independent and self-sufficient.

How To Read Textbooks And School Notes

8 Ways To Be A Better Parent In The New…

What To Pack For Recess Or Lunch? 10 Experienced Moms…