Is It Still Important To Learn The Times Tables By Heart? 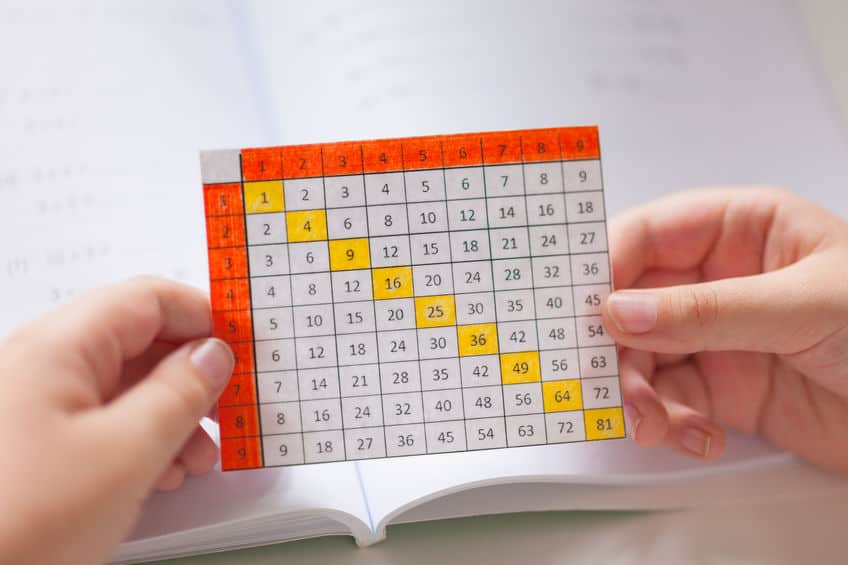 It’s not easy getting kids to memorise their times tables. In fact, some parents — and even educators — may feel it’s an unnecessary evil.

Stanford educator Jo Boaler has said that she would ban “times tables tests” if she could.

“It’s not that times tables aren’t worth learning, but the greater goal of maths education is more important,” she says. “Therefore, perhaps we should seriously think about whether it is worth risking some children being turned off the subject, aged eight, for the sake of ensuring they can answer 7×6 under pressure, without hesitation.”

However, there are many math experts who disagree.

“Knowing your times tables supports mathematical learning and understanding, and my experience is that young children find learning them fun. They enjoy chanting their times tables and learning the relationships between them (such as the six times table being twice the three times table and why that is),” writes Charlie Stripp, director of the Centre for Excellence in the Teaching of Mathematics in the UK.

“Knowing the times tables fluently helps [children] to develop their learning in maths because they can take that knowledge for granted, which frees up cognitive space for them to learn new mathematical ideas and apply maths to solve problems,” he adds.

In fact, learning one’s times tables has also proven to be beneficial for older children.

“I worked with an angry, frustrated high-school student once who couldn’t pass algebra because she only knew 44% of her multiplication facts,” says US educator Randy Palisoc, who has authored a series of math workbooks. “I told her: ‘That’s like trying to read and only knowing 44% of the alphabet. It’s holding you back.’”

He encouraged this student to learn her multiplication tables by telling her that once she knew all her facts by heart, it would be like “having a fast pass to every ride of Disneyland.”

“So for this teenager who was at risk of dropping out, becoming fluent and confident in multiplication was a game changer,” he says. “Because for the first time she could focus on problem solving instead of counting on her fingers.”

Wondering if there are painless ways to help your kids master their times tables? Read on to find out!

Rote-Learning: Not Such A Bad Thing

How did you memorise your times tables as a child? Chances are, you were made to recite the following:

This approach is also thought to be more effective in helping your child to internalise the times tables, as opposed to skip counting (e.g. 2, 4, 6, 8, 10).

Many children begin by learning the two times tables by heart. You can test your child orally, at any time, such as when you’re on the bus, or walking at the park together. You can either test in order (What’s 2×1? What’s 2×2?) or at random (What’s 2×6? What’s 2×11?) once your child is more confident. Keep drills short — between five and 10 minutes — but frequent. Think of it as a game that can be played several times a day.

To keep things interesting, look for websites or game apps that your child can practise on. In particular, look for a game that tests your child’s speed as well as accuracy, and preferably one where you can specify the times tables that you want your child to be drilled on. (One example is the iOS free app Multiplication Game Math Learn.)

There are many tricks and shortcuts that educators have devised to make learning the times tables more palatable, but if your child already understands the concept of multiplication, your next objective should be to help him or her achieve instant recall. This, says educator Peter Sumner, is “something that is arguably only achievable by the rote learning of facts.”

“For the majority of children to have access to instant recall, there is only one way forward: learning the times tables by chanting to a steady rhythm,” he says. “People love to chant, and for many it has great value – ask any Buddhist. The chant is easy to remember and it is comforting to know that the ‘song’ remains the same.”

A Recommended Order For Learning The Times Tables

There are many different suggested orders for memorising the times tables. Often, educators recommend beginning with the easy times tables, such as 2, 10, and 5.

Whichever order you choose, always aim to build confidence in your child. With patience and perseverance, your child will eventually master this vital skill.

Math Prelims: Are Your O- And A-Level Kids Studying Smart?