Is my child ready for a cell phone? 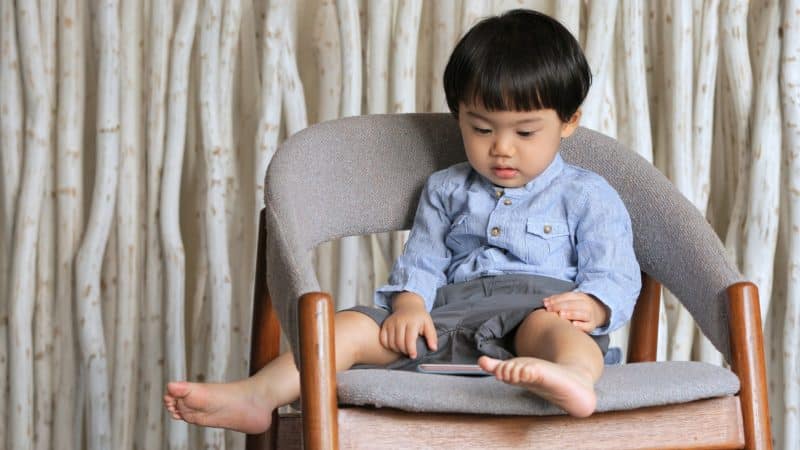 These days, a mobile phone is almost a daily necessity for kids. They use it for communicating with each other, texting their friends, finding our location, and of course, to post on social media. What makes it even more convenient is that mobile phones have come a long way from being heavy, bulky devices, to the sleek gadgets that make it even easier to carry around.

In Singapore, we have high speed 4G internet connectivity all around the island. As mobile phones have become a part of how kids interact and communicate, many of them do not even use a computer anymore, because their phone has become their computer. There is nothing they can do on the computer that they cannot do on their mobile phone.

However, there are also drawbacks to allowing your kids unfretted access to these cool devices.

Firstly, we are not able to fully control what our children are able to access on the internet through their mobile phones. Kids may be viewing violent videos, or content with sexual connotations. Secondly, we also have no control over what our kids post on social media. Many children these days do not have the same view towards privacy that we parents have. Our kids may be adding random strangers on social media platforms and chatting with them without our knowledge. We often read about cases of strangers exploiting, abusing, or cheating teenagers they got to know on social media.

Many parenting experts recommend that children not have access to a mobile phone until the ages of between 12-13 years old. And there are good reasons for this:

Numerous studies have linked mobile phone-use in childhood to impairments in a child’s cognitive ability. Problems such as attention deficit and memory retention are common. Over-use of mobile devices has also been linked to increased impulsivity in children and lack of self-control in teenagers. These symptoms often exacerbate to behavioural problems and more serious ailments such as anxiety and stress issues later in life.

A Harvard School of Public Health study found that children who used their mobile devices for more than five hours a day were twice as likely to consume sugary drinks per day, and correspondingly had a 43% higher chance of obesity.

At bed time, our brain releases a hormone called melatonin, which produces drowsiness so that we may enter the sleeping cycle. But melatonin is programmed to be released only when the eyes are exposed to darkness. If kids keep their eyes glued to the phone screen, the brain inhibits the release of this hormone, making it harder for kids to fall asleep. Over time, this develops into insomnia in children.

A study in Spain has shown that 57.5% of children under the age of 18 are smartphone “dependent”. This means that kids must have their phones wherever they are at all times. The problem has been found to stem from using mobile phones at an early age, leading the kids to develop a form of technology addiction to their mobile devices. Over time, this could lead to other forms of addictions, such as substance abuse as the kids grow older.

Subject to harassment and scams

Giving a child a phone without adult supervision can lead to cyberbullying or even sexual harassment. Kids are young and gullible, and they tend to be trusting of others too easily. Strangers (many of whom are adults) understand this and exploit that fact. That’s why parents must supervise their children frequently, so that parents know what their kids are doing on the internet or on social media.

Missing out on life

Children who are glued to their mobile phones from an early age tend not to truly engage and reflect on what is happening in real life. The constant need to check their social media and see what their friends are up to interferes with their own family life. Such kids do not learn to appreciate the little joys in life, such as a walk in the park, or a warm family meal.
So, we return to the question – should we allow our kids to have a mobile phone?

There is some degree of parental control we can program into our kids’ phones, but these do not guarantee our kids a 100% safe-usage experience. At the same time, phones do have their very practical uses. We can call our kids instantly in case of an emergency, or we can even check their location using parental control apps.

At the end, we suggest parents strike a balance between the pros and cons – and that every parent will have to make the decision whether (or rather, when) to give their kids a mobile phone. When we do give our kids a mobile phone, it should be conditioned on being able to monitor what they do on their phones; and we should also set rules over usage times, and control what they can download on their phone. Ultimately, every child is different, and it all comes down to the level of maturity your child shows, and the amount of trust you place in them.