Is Tuition Absolutely Needed From Secondary 1? 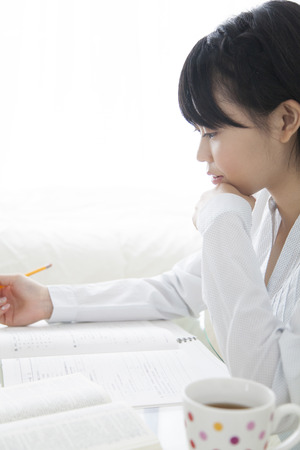 Back in the 80s and 90s, when many of today’s Singaporean parents were doing their own growing up, hiring a private tutor in the secondary school years was almost unheard of.

Back then, parents seemed to assume that children on the threshold of secondary school would automatically be equipped with the maturity and discipline necessary for self study. In any case, most students were left to organise their studies on their own, for better or worse.

Letting Go Is Hard To Do

KSP member White_Gale says she “tried to let [her son] be independent” for six months in Secondary 1 for his maths, thinking that since he had secured an “A” grade for the Primary School Leaving Examinations (PSLE), he would be able to cope on his own. However, his maths grade “plunged” to 55 in the mid-year exam, and following which, he failed a test in Term 3, leading her to panic and hire a tutor thereafter.

For janet88, she felt her daughter needed extra support in English at the secondary school level, while she considered letting her son go without tuition in secondary school. However, she was later dissatisfied with her son’s biology teacher, who she said was always “missing in action,” and this led her to hire a biology tutor for her son.

“It all depends on what are the acceptable standards or results desired,” says just.learn.lah. “If a child knows what to study, when to study, and how to study, then tuition is not needed. And if getting a B4 to C5 is OK for the parent, then tuition may not be necessary either.”

Stay-home parent osim, whose children did not have tuition in Secondary 1, says that students should be aiming for scores of 70 and above in Secondary 1, in anticipation of a dip in results in the subsequent years. Her opinion is that unless a child is barely passing a subject, it is beneficial for children to “learn to learn, and learn to seek help” on their own. Her advice? Cut children some slack and allow for fluctuations in grades as they find their own footing.

There is a “great divide” between primary and secondary school that many students are unable to adjust to, says PhysicsTeacher. “This is because secondary education requires a major change in learning approaches, and an accompanying development of intellectual and emotional capabilities to cope with the stress of learning. It is here that mediocre students will break down and be unable to recover.”

“For Science, my experience in tutoring for six years is that students are better off getting a good start, rather than trying to catch up. For understanding science concepts, it is important for students to get on the right track ASAP in their ability to think scientifically, rather than the standard practice of dumping info into short-term memory,” says Dr.Daniel. “Developing good thinking skills will make understanding the concepts and knowing how to apply them to questions a lot easier. A good tutor or centre with the know-how can help students start on the right track.”

Mum of three siew_hong recounts her experience: “I have three daughters and I did not enrol them for tuition classes in Secondary 1. By the time they reached Secondary 3, my eldest and second daughters were still able to cope with the syllabus, but not my youngest daughter. Her foundations and conceptual understanding were weak especially for chemistry and physics, and she was getting F9 for both these subjects so I sent her to three tuition centres, but she could not understand what the tutors were teaching either. I was so worried at the time, but luckily I found a tutor who managed to break down concepts into bite sizes that my daughter could understand.”

Mummyxoxo has a similar story about her nephew, who failed almost all of his subjects during his Secondary 1 mid-year exam. In her opinion, children who lose their focus easily need tutors to “set their expectations right.”

Is the tutor’s primary role to spark interest, teach ahead, clarify doubts, or supervise a student’s revision? It depends on the student’s needs. According to tutor Xf1719, “I have heard of tutors who just sit and look at students as they do their homework. Such tutoring might not be ideal, but to a certain extent, it forces a kid to sit down and finish his work with a mentor by his side, ready to clarify any doubts that he might have.”

Parent zbear feels it is “ridiculous” to pay a tutor to “sit and watch a student do homework,” as it is a role that can be filled by a parent. Further, if students are unmotivated and uncooperative, hiring a tutor may be a waste of resources. Parents should examine what lies at the root of their children’s poor learning attitudes instead.

CatMoon suggests that parents should regularly monitor their children’s progress with any tutor. “Ask the child if he can understand the day’s topic, and if he has had any problems completing his tuition assignments for the week. And ask the tutor if the child was able to cope with the topic of the day, and what the following week’s assignment is.”

Focus On The School Of Life

Stay-home parent scang believes that parents should take their cue from the education system and move away from developing exam smarts, which is what most tutoring is geared towards. “What the ‘really smart’ students are doing is acquiring life skills that can feed them… and make them more resilient against a dynamic working environment.”

According to teacher and parent Specialkids, parents can lead their children to success by helping children to make their own decisions, allowing them to fail while being there for them, being a sounding board, and being acutely aware of their present capabilities while pushing them to greater heights.

Instead of relying on tutors, she says she simply made sure her son was keeping up with his homework until Secondary 3, where she let him go on “autopilot.” After which, her son received some additional coaching but it was not helpful in pulling up his grades, partly due to lack of motivation on her son’s part. As she tells it, her son later “ended up in the ITE NITEC programme, but studied hard and won two Edusave awards in one year.” As a parent, she is proud of her son’s progress “in a race against himself,” and has learned to “discuss issues and choices” with him.

The comments above were excerpted from a KiasuParents discussion on tuition in the secondary school years. They have been edited for clarity.

So your child has received his/her exam results – what…