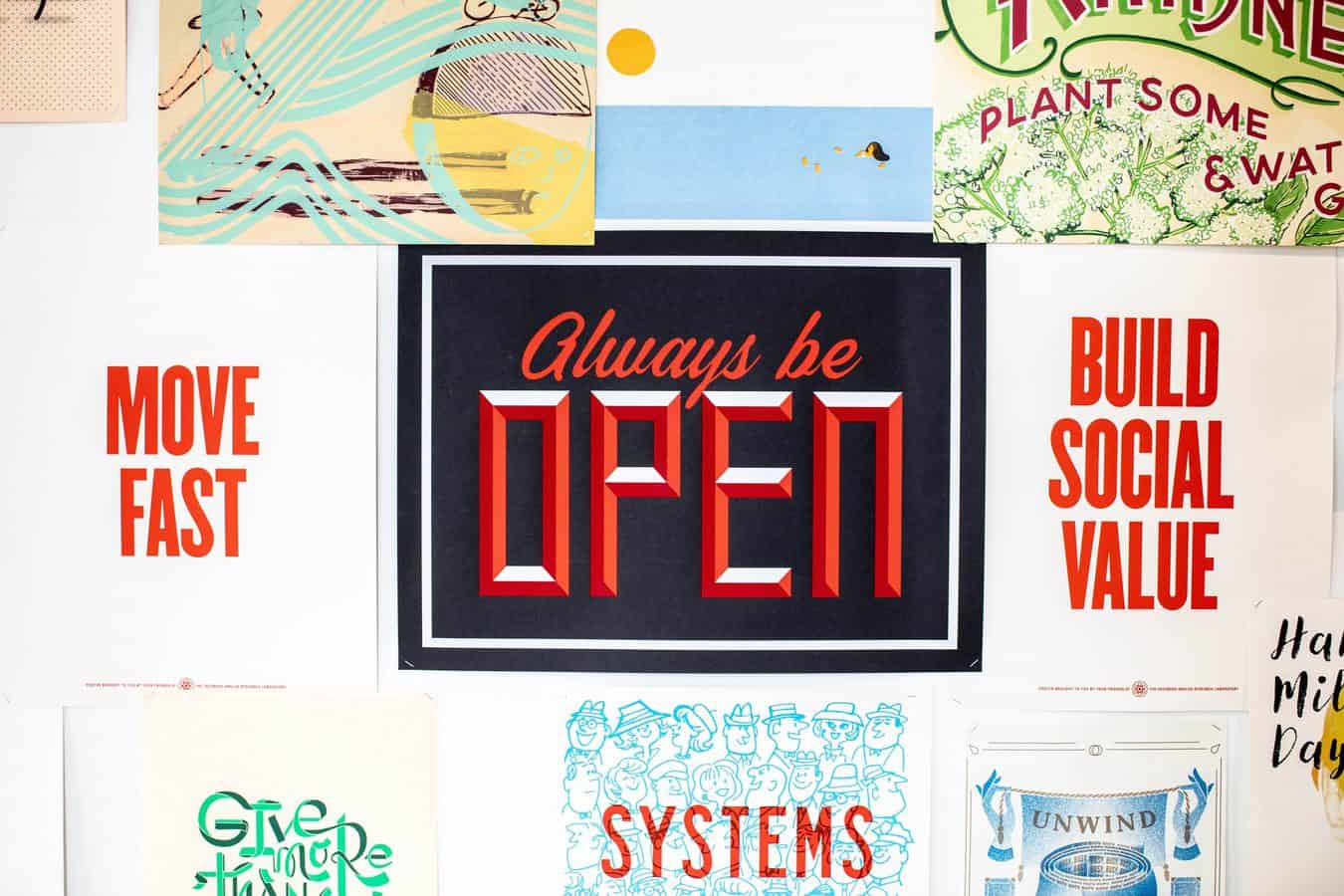 Photo by Charlie Firth on Unsplash

Singapore parents, are you talking to your kids about what’s happening in our country and around the world?

A 2016 survey of 300 local parents revealed that 3 in 4 parents were open to giving their children news exposure, but over half had not done so. In the same study, researchers also surveyed 300 local kids aged 10 to 14, and found that a third were not curious about world events.

“At the relatively young age of 21 now, I find that very few of my peers have similar interests,” lamented a Singaporean youth in a news commentary last year. “Take for example the recent debate on whether Singapore should have a minimum wage… Hardly anyone around my age is interested to have a proper, serious discussion.”

“I have been trying hard to persuade my friends to spend at least 10 minutes a day [reading] the news,” he added. “This response by one of them is typical of others: ‘It is so boring. Why are you harping on this? Can we talk about other stuff instead?’”

Your children may be far younger than 21, but if you think they are too immature to chat about minimum wage, social welfare, and other matters relating to governance, you may be surprised.

“My husband and I were discussing unemployment compensation at the dinner table, and my nine year old asked, ‘Won’t people stop going to work if they can get money from the government?’” said a KSP member. “I wasn’t expecting him to pay attention, much less articulate a common criticism of welfare programmes. I intend to find out more so I can better highlight the pros, cons, and supporting research in future. In all issues, I hope to learn alongside my kids, to help them see the bigger picture.”

As parents and concerned citizens, we’re heartened that lively conversations took place on our 2020 General Elections forum thread during the lead-up to Polling Day. Many views were traded on hot-button topics such as election fairness, our immigration and hiring policies, the calibre of candidates standing for election, and even the sensitivities that were ignited when a police report was filed against a minority candidate on racial grounds. We may not share the same perspectives, but we’ve appreciated your active participation during this time.

Curiously, no mention was made of the revelation that Hwa Chong Institution had advised its students to refrain from creating or sharing election-related content on their social media platforms. (The school did not respond to a media question on whether students would face disciplinary action for going against the advisory.) This is something for parents to consider — how do you feel about such “advisories,” and what would you have said to your child if this were your child’s school? Would you speak up if you disagree?

We understand if parents are hesitant to induct their children into a “grown-up” world, which is often tricky to navigate. However, there are five compelling reasons to make discussions on politics and current events a part of your family life:

Need guidance on broaching complex topics with your children? We’ve got ideas to help you get started!

Scenario: You’ve tried to engage your children by printing out news articles for them or sending them links, but they’re not responding or need to be prodded to look at the material.

Solution: Take a different approach. For many families, the dinner table is a natural setting for conversation, and you can use mealtimes to highlight events or issues of the day. Let your family know about something interesting that you’ve encountered — be it through an article, video, or podcast — and share why it’s given you food for thought. You and your partner can hold a discussion, without pressure on the kids to chime in. Even if they’re only listening, you can be sure they’re absorbing at least some of what you’re saying.

What if your children would rather talk about “fun stuff” or play games at the dinner table? Strike a deal with them — alternate between “serious talk” and games every few minutes, which will provide moments of levity that everyone can appreciate.

Your Kids’ Questions Are Just The Beginning

Scenario: Your family conversations about current affairs or politics tend to fizzle out after a few minutes, or after you’ve answered your children’s questions.

Solution: To put it mildly, 2020 has been an eventful year. Your kids will have questions that can provide a starting point for discussions, but it will be up to you to steer these conversations into directions that can give your kids much more to think about.

“My 14 year old asked why people in the US were heading out to protest racial injustice, in the midst of the Covid-19 pandemic. An easy answer might’ve been that many people are irresponsible or ignorant when it comes to public health, but I wanted my daughter to understand what drove the anger behind the protests,” said a KSP member. “I did some research so that we could outline significant events, beginning with slavery in the US and the discrimination that persisted after the abolishment of slavery. It helped her to see why there was an uproar over a black man’s murder by a white police officer in Minneapolis.”

Another KSP member shared that her children recently asked why the lifts at their grandparents’ home did not stop on every floor. Apart from explaining that before 1990, our public housing flats were not designed for lifts to stop on every floor, she took the time to bring up a related issue of interest, seeing as it was election season — that when lift upgrading in Singapore was first introduced in 2001, it was politicised and used as an election carrot by the ruling party, although this stance was later abandoned. “I take great pains to explain stuff to my kids,” she said. Such efforts add value to the conversations that one can have with one’s children.

Do Make An Effort

Scenario: You’re too busy to keep up with the news or discuss current events with your kids.

Solution: There are no shortcuts to this — if it’s important to you, you will have to make time.

“I use the news or what people write on Facebook as starting points,” said a KSP member with two primary schoolers. “There are two areas that I try to cover. One is about facts, like in the case of the elections, it’s about how Parliament works, and what is a Single Member Constituency (SMC) and a Group Representation Constituency (GRC). The other is about events or issues where there are many viewpoints and possibilities to consider — I want to present these to my kids and ask them what they think.”

These are ongoing conversations that you can have at any time, as the information will always be relevant, she added. For instance, while discussing the elections this year, her boys remembered a video that she had shown them about gerrymandering last year.

The good news is that online resources are better than ever, thanks to the efforts of civic-minded creators. For instance, local illustrator Anngee Neo has designed a series of comics to explain how Singapore’s Parliament works, and what our Members of Parliament (MPs) do. If you’re looking to watch a thought-provoking international programme with your kids, a parent-recommended show is Netflix’s Explained, which delves into diverse topics ranging from K-pop to cryptocurrency.

You don’t have to stick with non-partisan resources — but together with your children, do question the content that you consume and ask what the agenda might be, look for logical fallacies in the arguments presented, and fact-check where possible. Also, be proactive to make sure your children are following along; for instance, if you’re watching a video and someone makes a reference that your child might not understand, pause the video and ask, “Do you know why he said that?” Then proceed to explain and provide context, before continuing with the viewing.

Scenario: Racial Harmony Day is coming up. You would like to have a deeper conversation with your children about race, but you feel uncomfortable or are not sure how to bring up the subject. (Note: Racial Harmony Day is on July 21, but as it coincides with the July term break this year, many schools will be commemorating the occasion on July 17.)

Solution: This is a particularly good year to talk about race, because there are several recent examples (both locally and abroad) that illustrate what happens when simmering racial tensions are inflamed.

In a Facebook post, education minister Ong Ye Kung observed that locally, there has been a heightened awareness of race issues because of events in the US. “But we should also be mindful that our situation is entirely different from America’s, which has a painful history of slavery, a civil war, and a civil rights movement that had to struggle against racial segregation,” he said.

Singapore, on the other hand, was founded on multiracial ideals, and it is these ideals that we look to on Racial Harmony Day. Ong acknowledged that tribal instincts are part of human nature, but stressed that racially insensitive acts are not condoned in Singapore. In fact, his post could serve as a conversation opener for you and your children on the subject of race relations in Singapore.

For preschoolers, picture books can help children to think about skin colour in positive terms. One parent-recommended title is Karen Katz’s “The Colors Of Us,” which introduces children to different skin tones with delightful descriptions such as “I am the color of cinnamon. Mom says she could eat me up,” or “his skin is a reddish brown, like leaves in fall.”

With older children, you can talk about instances of discrimination that you have personally witnessed or encountered, and what are some ways to speak up for oneself, or be an advocate for others. You can also address Singapore’s social policies, and whether or not they have benefited all groups equally. For instance, our Ethnic Integration Policy involves setting “racial quotas” for public housing. It has prevented the formation of racial enclaves, but due to the nature of supply and demand, it’s not uncommon to find minority-owned public housing flats languishing on the market. This is a good opportunity to introduce the concept of trade-offs, where one thing is achieved at the expense of another.

But perhaps what’s most important in these discussions is that you’re upfront about your own biases, as your attitudes will shape your children’s beliefs. There are plenty of online resources to help parents in this area, such as the guides on Parent Toolkit and Understanding Race.

Feeling overwhelmed? Know that you don’t have to cover everything in a day. Start slow, and take it a step at a time!