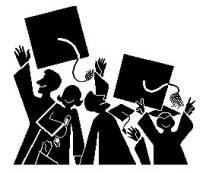 It’s the time of the year to do our Kiasu Analysis of PSLE results once again!

2009 is the Year of the Underdogs.  It is Episode 4 – A*Star Wars – A New Hope.  While 9 of the Top 17 National students are from top tier GEP schools, a staggering 7 out of 17 students are from schools that used to be classified as Unworthy-of-PV-Effort.  This is unprecedented in recent PSLE history.

What is more amazing is that the Top student at a T-score of 290 this year hails from a (previously) little known school called Qifa Primary school.  And while one may argue that Qiu Biqing is more a product of the Chinese education system given that she only joined Qifa when she was in Primary 3, Qifa does have a past history of producing students who score well above the national average T-scores, eg. in 2007 and 2004.  Surely the school and its teachers deserve their fair share of credit for helping the girl achieve such an incredible feat!

Finding #2 – The Battle of the Sexes

Yes, I have lost complete faith for the male sex.  11 girls to 6 boys in the Top Honors list.  A girl as Top Scholar for 4 years in a roll.  I go dig a hole to hide my face in the ground.  The future looks bleak, guys!

2009 can also be called The Return of Raffles Girls’ (or Raffles Girls’ Strikes Back, depending on which side of the Force you root for).  It is without a doubt, the Top PSLE school this year when it comes to producing Top scholars.  It also bagged the Top Malay and Top Eurasian Pupil honors.  Nanyang Primary is a little humbled this year with only 1 in the Top 17, but it’s a boy (yay!) and he is 2nd in the country.  Make no mistake – NYPS is still top dog in our updated Primary schools Academic Ranking due to its remarkable showing in the past few years, but RGPS is proving that it is no push-over either.

Finding #4 – Absentees from the Party

The most noticeable absentees from this year’s > 275 list are Chongfu, Maha Bodhi, and Maris Stella.  The last time Chongfu went missing was in 2003.  Let’s hope this is just a momentary hiatus and it will come back strong in next year’s contest.

The schools that entered the >275 honor list for the first time since 2000 (or forever) are:

Congratulations to all these schools on achieving this coveted status!  Now, the question is whether this can be sustained…

Gongshang – Is this school for real?  Like South View, it attained PSLE glory in 2007, but went missing in 2008, and only to come back with an emphatic 2 Top students this year.  Consistency is critical for a school to be considered a top tier school.  Let’s see how it does next year before we make judgment.

CHIJ St Nicholas Girls’ – Despite its huge popularity during every P1 Registration, this school did not have top scholars over 4 years from 2004 to 2007.  It has, however, put together consecutive appearances since last year.  Could this be beginning of the return to grandeur for our classic madame?

Yangzheng – This school has been in the PSLE honors list for 4 times in the last 10 years, and this year is the 2nd in a row.  Make it one more time next year and this will be another school to watch.

ACS (Junior), Nan Chiau, Haig Girls’, Paya Lebar Methodhist Girls’ – All these schools have put together consistent and sterling performances since 2007.  One more time next year and they will be infinitely more difficult to get into in Phase 2C of future Primary 1 Registration exercises, if they are not already!

Yishun Primary escaped our Relegation List by coming up with a good performance this year.  Congratulations!  However, the following list of schools remain in danger of becoming one-hit wonders, with 4 or more years having passed since their last (and only) admittance into the honor list.  Let’s hope the kids in these schools will do their schools proud by working hard and doing well in PSLE 2010!

Here’s the forum discussion thread in case you are looking for more gossip.

What’s Truly Useful In The Final Week Of PSLE Prep?…

How to Help Kids Ease Anxiety Before The PSLE Results