It was a long queue into the carpark yesterday @ SAFRA Toa Payoh, the spanking new addition to the SAFRA family of clubs. But what greeted us at the basement carpark was pretty. 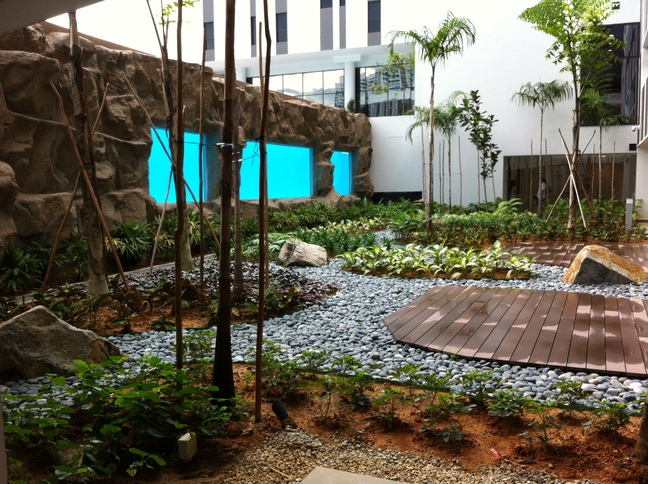 Instead of fish in an aquarium, you can see swimmers in that tank-like feature.  At the entrance of yet another giant playscape, we were greeted with a big poster that read… 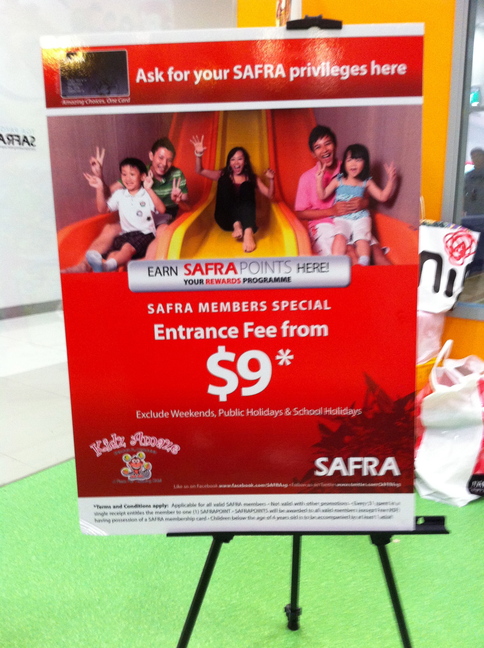 The smiles on the children’s faces were short-lived though because as we approached the reception area, the sign read… SORRY, we are closed. 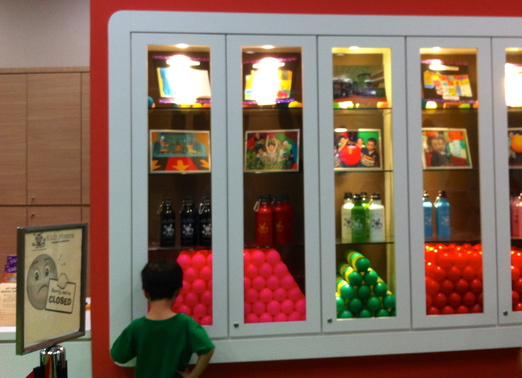 Aniwaes, we still looked around the place and boy it was super crowded. 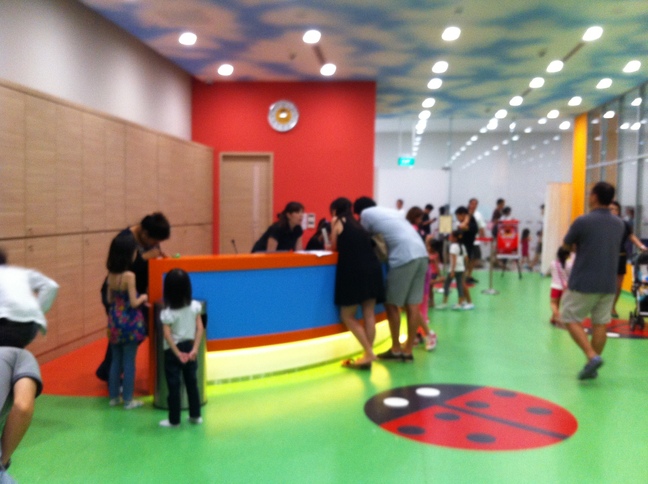 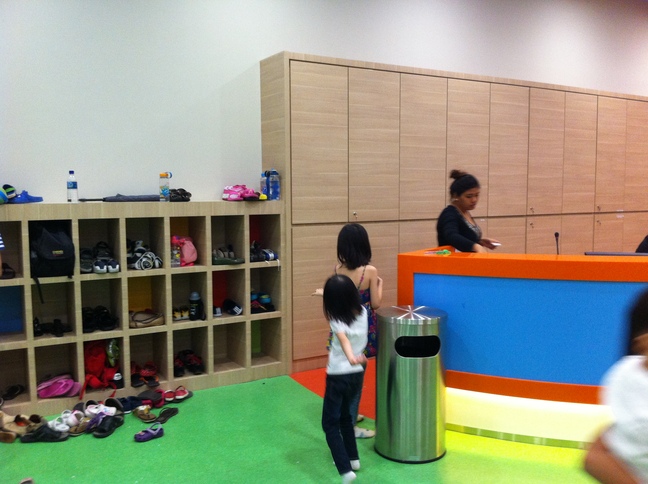 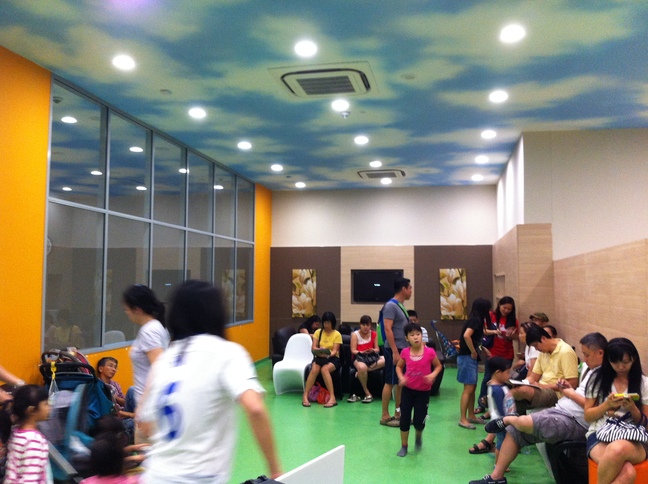 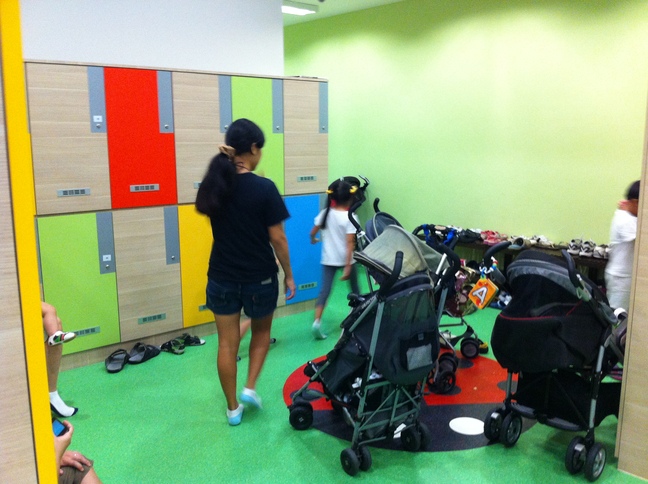 The cubby holes for shoes were full. Seating area for waiting parents/guardians who were not accompanying the children in the playscape was not as cosy as the one at the SAFRA Jurong @ The Canopy’s but i suppose it’s still a decent waiting area shielded from the hot sun. Lockers and pram parking space was full too.

There was amply supply of these at a few pillars/walls to keep the children’s hands clean at all times. LIKE. 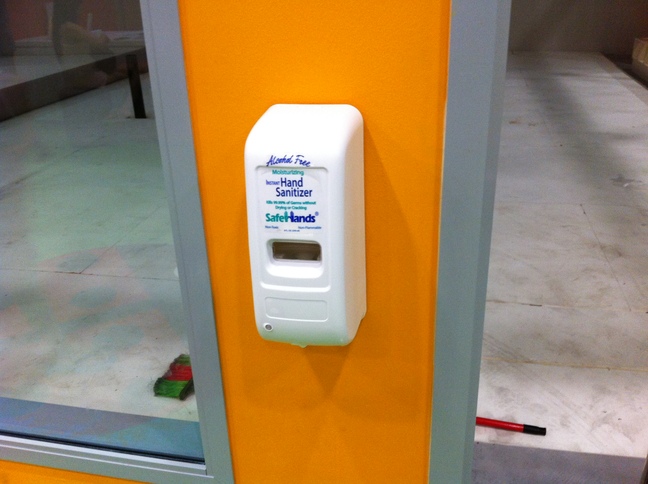 And now… this is the playscape itself!
It was HUGE! My children were going 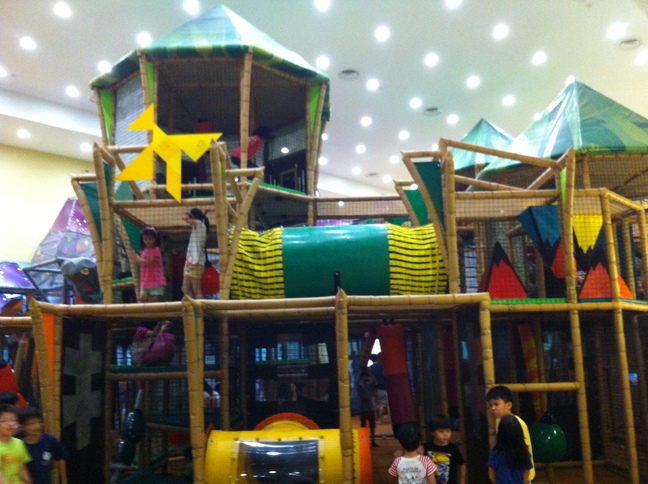 This was about all i could get for it was near impossible to get other shots. I was not able to squeeze through the throngs of people looking out for their children at the playscape. I realized much later that there were 3 birthday parties back to back, thus the reason why the playscape was closed for the day. They were fully booked for private parties. Wow!

Gramps decided that they all go for a swim instead, and they did.  Hubs recced the fitness area and boasted how great the equipment were and there was a mini track to work on that shuttle run for IPPT too. We looked around a while longer and i made sure i took shots of these for you guys who might be keen. 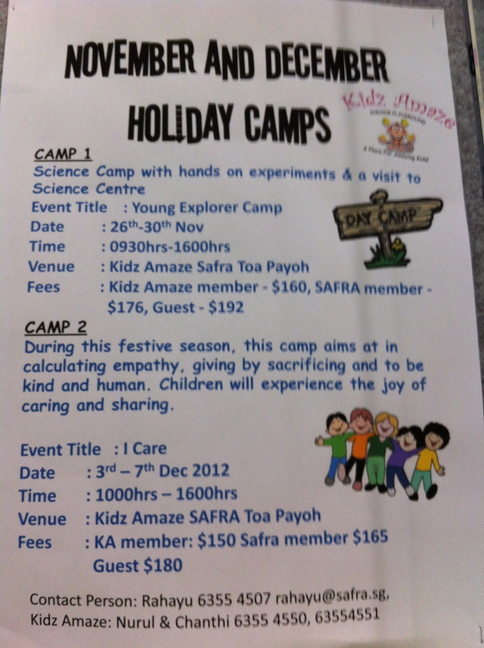 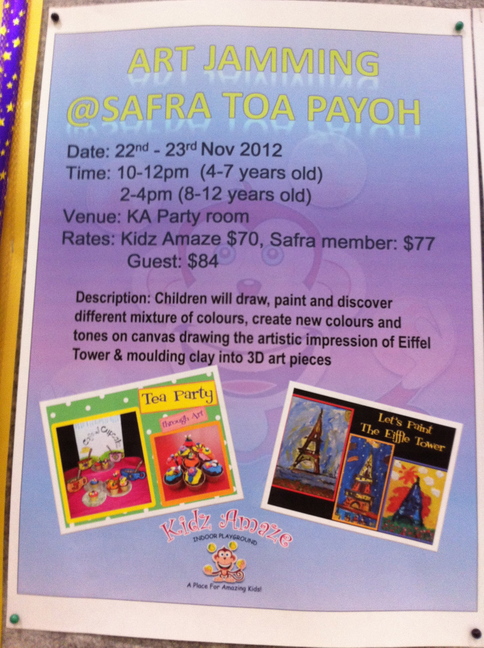 I’m pretty excited about this feature. Akan datang in December! 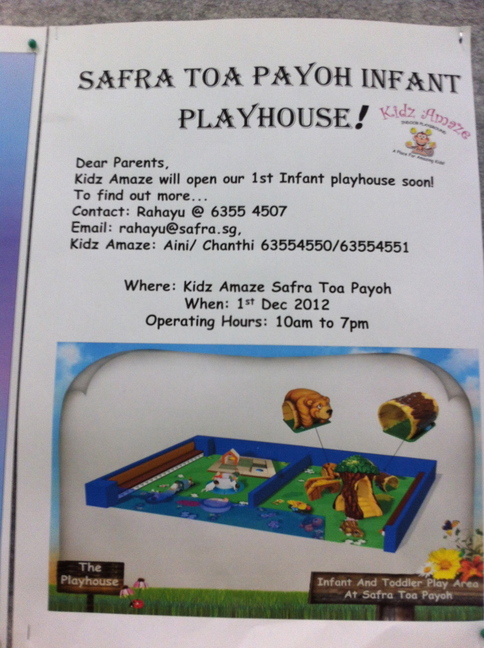 Now now… i couldn’t have left the playscape before i found out the rates for you guys here, right? So here you are. 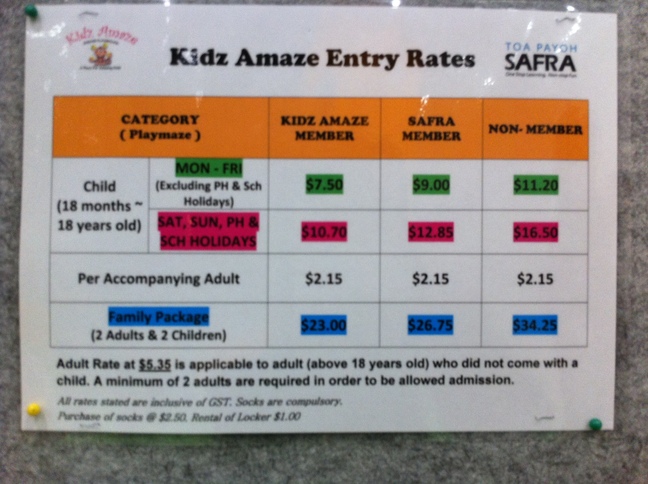 So Kidz Amaze Toa Payoh, we’ll be back!

For more details and numbers to call, here’s the link to their webbie.

Not as fun as Jurong's

Brought my kids and DD’s classmate there last Sat. While the playscape was indeed huge, the kids were bored after running a few rounds through it. Toa Payoh’s slides were also short. My kids didn’t find any excitement sliding down them. Guess they had been spoilt by Jurong’s 3-storey-high slide. 🙂

BTW, the infant playhouse was not opened yet (Dec 8). The staff explained that the smell of glue was still too strong.

A first-timer’s guide to an enjoyable KidZania outing

Taking an Adult Job for a Day at KidZania