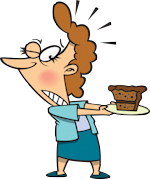 How to get a child self-motivated? Don’t be too funny!

Many tuition centres will entice you with the word ‘fun’: ‘Join our fun centre!’; ‘Your child will have fun here!’; ‘Have fun and learn!’; ‘Learn Through Fun!’. The term ‘fun’ has become a mantra with unimpeachable certainty. Every parent wants his or her child to have fun learning. No one, surely, can argue against fun?

Perhaps one cannot argue against fun per se, but one can certainly argue against too much of it; one would certainly not want children’s educational experience to be unfunny.

Modern early-years educational thought seems to be that education should at all times be as much fun as a trip to a theme park. Children go to nursery and kindergarten with the expectation of being entertained. The ‘teacher’ becomes a comedian and the learning materials become ‘fun activities’, often utilising multi-media with a visual focus involving the primary colours.

There is a role for such fun and purposeful play in the early years. It supports helping children to socialise and develop motor skills. However, the consequence of all play and no work can be to literally make Johnny a dull boy [or Joanna a dull girl]. Fun has its limits.

There are two particular dangers. Firstly, if children are fed on a diet of material being presented in such a fun way, there is less opportunity for them learning to appreciate the material for what it is rather than how it is packaged. Secondly, as children become older they will continue to expect learning to be fun, fun and more fun. As learning material becomes more abstract and rigorous in the later primary years, the ability to deliver such material in fun-sized entertaining packages becomes more problematic.

If you were asked to identify the key attribute of the academically successful child, what would you come up with? Many people would say that intelligence is the most important attribute. Others would stress the importance of being able to concentrate. Still others might suggest the capacity for hard work.

What motivates a child to want to succeed academically? This is a difficult question to answer. However, there are some general parenting and teaching approaches one can adopt towards children to inculcate inner motivation.

If you wish to encourage a high level of self-motivation in a child, then you should teach, both formally and by example, the notion that there is satisfaction in doing something well for its own sake. There is no harm in dressing up some learning material with some entertainment, but there should be an explicit statement to the child that it is the material which is being learnt, not the entertainment.

It is most invaluable for your child to cotton on early in life that some things are ‘boring’. No apologies are needed; that’s the way it is. Your child should have a cheerful disposition and accept the ‘boring’ bits whilst waiting to move on to the exciting parts.

A useful analogy is learning to play a musical instrument: most children will accept that certain drills have to be repetitively performed before the more interesting material can be approached. Indeed, many actions that adults think must be boringly repetitive to children are often welcomed by children. Sometimes, children simply do wish to be repetitive.

Interestingly, with this approach more of the ‘boring’ things become less boring, and more of the exciting parts become more exciting.

Coupled with this is the issue of rewards. Should you reward a child with stickers, sweets, hand-held gaming devices, ATM etc? It is better to be rather hard-nosed about this and do not so reward. Instead, how about giving your child a big hug and saying ‘Well done!’. After several days of good work by your child, you could also consider treating him or her to a special visit to an ice-cream restaurant or the zoo. By saying to your child, ‘Today’s treat is for the past few days’ work’ you are helping to inculcate deferred gratification – a concept seemingly alien to most children today (see ‘The marshmallow test’ below).

It is of course a value judgement that parents have to make as to how far they wish to take all this. Most parents would agree that childhood is distinct from adulthood and children should be more indulged. Parents will have come to a balanced view that works for them. However, if you want your child to chase academic success, then you should examine whether your child’s learning activities are encouraging a predisposition towards extrinsic rather than intrinsic rewards.

Coupled with the child’s desire to succeed is the important psychological attribute of being able to defer gratification.

Those who did not eat the marshmallow demonstrated a variety of strategies to help them resist, including one child who pretended to doze off. This suggests that the ability to defer gratification can, at least partially, be taught.

Work should never be viewed as "fun" either. I work in the creative line and tire of being constantly bombarded by my peers wanting to make everything ‘fun’. I believe by doing so, one often loses sight of the big picture- that of acquiring and analyzing knowledge, while at the same time eschewing progressiveness. Now if everything was merely ‘fun’, how does this intellectual process take place? In our children too, if everything was fun, the big picture of acquiring knowledge and also questioning what they are being thought, will never take place, as they are too busy being constantly entertained by the lesson plans. On the other hand, I also do think that sometimes we misuse the definition of fun. If the word encompasses a larger platform of teaching, which will allow the child to be exposed to different methods of learning, then I would say go for it! It jumpstarts the brain into thinking differently, and ultimately, naively perhaps, that is why children go to school and attend all those ‘other’ extra activities!

the term ‘fun’admittedly has been missused lots of times, to the extend that fun lesson means children must be happy and have fun learning.

a fun lesson should be one that have learning objective that the children discover themselves and need to learn in order to complete a task that THEY THEMSELVES WANT TO COMPLETE. If they wanted to complete the task, the motivation would be intrinsic and qualities like preserverance, determination, resourcefulness etc will come in.

‘fun’ lessons are supposedly non linear and allow children to decide what they want to learn and once they learn something(we all know of kids running up to us eagerly wanting to tell you that little something they just learnt), they would be happy.( as opposed to being happy happy doing some activities and dont know why they are doing it or what for)

one thing that i always believe is only children who are learning are happy children. to them it doesnt matter the objective of the learning, so long as they learn.

You get what you sowed

Enjoyed your article.  I think there should still be a balanced mixed.  Only thing is, how to balance?  There must be some element of fun and repetitive, boring hard work…  Or derive fun from the hard work?!!

Thank you for sharing this article and ‘waking’ me up.

I shall consciously teach my kids this concept, starting today!

"Being able to concentrate"

"Being able to concentrate"

These are really valuable advice.  Thanks for sharing.

Thanks for sharing this!!

Thanks for the tips

Thank you for sharing.  I like the approach of "Today’s treat is for the past few days’ work’ you are helping to inculcate deferred gratification – a concept seemingly alien to most children today"!