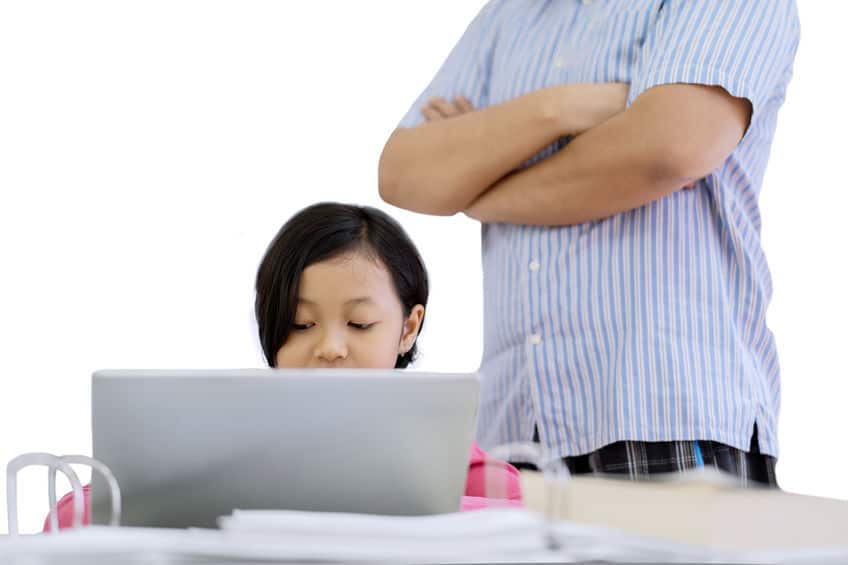 A new digital gap is emerging, and it’s not about who has the ability to acquire the latest gadgets. Instead, a growing number of families, who are wary about technology’s effects on society as a whole, are making a conscious decision to raise tech-free kids.

In the US, a 2015 survey by Common Sense Media showed that teens from higher-income families spent an average of five hours and 42 minutes using screens for leisure each day. In contrast, those from lower-income families spent over eight hours a day on screens. This, and other research indicating a disparity in children’s screen time, has led to concern that the children of poorer and middle-class families are being raised by screens, while the children of the wealthy are reverting to traditional play and a screen-free existence.

Silicon Valley Parents Say “No” To Tech At Home

In recent years, there has also been consistent coverage about technology bigwigs and their surprising resistance to gadgets in the home.

Bill Gates’s children were not given phones until they were 14, and he implemented a cap on screen time when he felt his daughter had developed an unhealthy attachment to a video game. Steve Jobs notably told the New York Times that he had not let his children use the iPad, back when it was newly launched. He said, “We limit how much technology our kids use at home.”

A 2017 survey of Silicon Valley parents and educators found that they too had reservations about the impact of technology on children—how will they develop in an environment of constant distraction, coupled with a lack of face-to-face interaction? No one can predict the long-term effects of such exposure, but digital kids could be looking at poorer school outcomes, poorer jobs, poorer health, and greater social problems in their adult years.

Apart from trying to keep the home screen-free, some wealthier Silicon Valley parents have enrolled their children in innovative back-to-basics schools. In these schools, students use pencils and chalkboards, as well as take apart appliances (to learn how they work) and spend time in treehouses.

Screen Time In Singapore: How Much Is Too Much?

In Singapore, a survey of over 1,400 children aged eight to 12 found that they were spending an average of six-and-a-half hours on electronic devices daily. More than half of the nine year olds surveyed had their own phones; for those aged 12, phone ownership had risen to 70 percent.

More alarming was the trend in adult screen time—adults in Singapore are said to spend almost 13 hours on their digital devices each day.

“We all have limited mental bandwidth, and multitasking through mobile devices rapidly depletes that limited mental bandwidth,” says Michael Netzley, a leadership consultant and educator based in Singapore. “People stare at their devices… and simply do not care about anyone else. The problem is not the technology. The problem is a lack of disciplined use of the technology.”

The Screen Time Divide In Singapore: Who’s Setting The Rules?

In Singapore, there are preschool chains such as Safari House, which do not use electronic devices to teach children.

“[Screens] tend to captivate children’s attention, not through participation and engagement, but rather through the very stimulating and high-intensity graphics,” says Renee Chang, Safari House’s principal. “Being over-exposed to computers, the child is not able to cultivate the social-emotional skills that are needed for integrating with the society.”

While some young children are protected from screens, others, including at-risk preschool children from low-income families, have been found to have odd sleeping hours and excessive screen time.

In local primary and secondary schools, screens are integrated into the curriculum, with e-learning homework assignments that require a computer to complete. Despite research suggesting that computers and classroom technology do little to improve student performance, some brand-name schools have made the purchase of iPads and Chromebooks compulsory for their students.

Not all screens are welcome though—mobile phone use during school hours is frowned upon, and most primary and secondary schools in Singapore have strict rules about usage.

At this stage, which are the families setting screen time rules for their children? One mother, with a son in the Gifted Education Programme (or GEP), shares an observation:

“[My son] couldn’t really ‘click’ with anyone when he was in the mainstream. One reason could be that I was very strict about his having any screen time, whereas his mainstream classmates were mostly avid phone gamers or console gamers… But when he entered the GEP, he found that most of the kids there were avid readers, just like him.”

In speaking to four condominium-dwelling families, it was the mothers who were based at home that reported less screen time from their children, even as little as three to four hours a week. For the working mothers, they relied on mealtimes and other “distractions,” such as at-home activities and outings, to draw their children away from their gadgets.

“I do worry [about my 15 year old’s digital dependency], and we’ve had some nasty battles. But I’m too tired to do it the hard way,” says one of the working mothers. “He lives to coop himself up in the room with the phone.”

“My 7-year-old son was getting increasingly reliant on the iPad as I often used it to keep him occupied when I was busy. He would ask for the iPad immediately when he returned home from school, and he would react angrily and demand more gaming time whenever I took it from him,” says a mother of two. “One day, our iPad stopped working and I didn’t replace it. He soon found better ways to entertain himself, such as reading! We also started playing board and card games as a family.”

The mother adds that when her children later received Nintendo Switch gaming consoles as a gift, she made sure to impose strict rules on usage from the start—such as no gaming on weekdays, and limited use on Fridays and Saturdays. “They do binge on games on Sundays, but that’s a way for them to bond with my 35-year-old brother. They’ve built a relationship through games, and they’re talking and laughing all the way, so I don’t see technology as being all bad.”

“Kids need to understand: I only get X amount [of screen time] a day, and I don’t negotiate,” she says. “Because the minute you get into negotiating, that boundary becomes very weak.”

Schafer also recommends using a timer to help children keep track of their usage. “This system gives kids more control,” she explains. “You want them to learn to regulate themselves.”

At the same time, parents should discern between screen time that is fulfilling (such as reading on the Kindle or watching an instructional video on YouTube), and screen time that is little more than mindless entertainment. If your kids ask for screen time, find out what they intend to do with the time—this may benefit your kids more than issuing a blanket ban.

“One thing we are avoiding, is using screen time as a reward,” says a mother of three with an interest in early childhood education. “So we will not reward good behaviour with screen time, or allow kids to ‘earn’ screen time.”

Experts agree with this, as reward systems can backfire, leading to kids who are not intrinsically motivated. Worse still, the reward being dangled can seem more attractive than ever.

But perhaps the first step that parents should take, is cutting down on their own technology consumption. Make an effort to live the life that you hope your children will lead, and there’s a good chance that they will follow suit.