Most parents at some point of their children’s growth trajectory, will or would have given thought to what needs to be done to spur cognitive and physical development. Spiritual, ethical, academic, motor, creative, logical… the list goes on.

But no, this article is not intended to be a guide on parenthood or childhood development or talent grooming. Not to mention being didactic. Just sharing how my boy, Elliot, got acquainted with Judo. He turns 7 this December (Primary one).

I recall that Elliot was 3 plus when the process leading to his participation in Judo began. As with most children, and for good reasons obviously, Elliot was brimming with energy. At times, overflowing. But that’s all right, not complaining here. My wife, Jeanne, and I thought it was probably a good idea to channel some of this energy more positively rather than to leave it in its purest, unpolished form. (which frequently took the form of mayhem, chaos, noise at home or outside). How about Sports, we thought. Too young for a 3~ 4 year old child? Definitely not. Using sports to develop athleticism? Oh yes. Much better than creating noise and mess in the house. Sports it was. So that marked the first step.

Now the second step. Which sport? In his situation (fairly tender age, no indication of passion for any particular sport), I thought it would be more crucial to lay a solid foundation for his physical development rather than delve deep into specific sporting techniques. With a good foundation, he should be able to ease into most (land) sports without looking like he’s got two left feet or coordination problem.

By foundation, the following were on my mind:
– Hand-eye coordination (this is a separate topic, not too relevant here)
– Balance, agility, reflexes, footwork

I have several close friends who did Judo since secondary school days, and all of them turned out to  be very versatile athletes. Can’t be mere coincidence, I thought. So this got me thinking about combat sports.  All combat sports share a common denominator: Emphasis on balance, agility, reflexes, etc. So I thought learning combat sports was ideal to build this foundation.

Combat Sports it was. That marked the second step.

So, what’s next? Which one? There are so many choices. All are fantastic choices in fact.

I had two criteria in mind then:

1. Does not involve striking (punching, kicking, etc) – This is purely a preference. Absolutely nothing wrong with striking.

2. The sport should have a well-established competition framework at school level.

As far as I knew then, only Judo fulfilled both criteria. I might be wrong, but it’s not important now. Good that it was unequivocal for me, spared me further thinking. And so, here you go, that’s how Judo was decided for Elliot. His opinion on this decision didn’t really matter to me, so I did not solicit it. Jeanne was not too excited about combat sports for Elliot in fact, for conceivable and legitimate reasons. But being the objective-oriented mother and understanding wife as she always has been, she agreed to give it a shot. 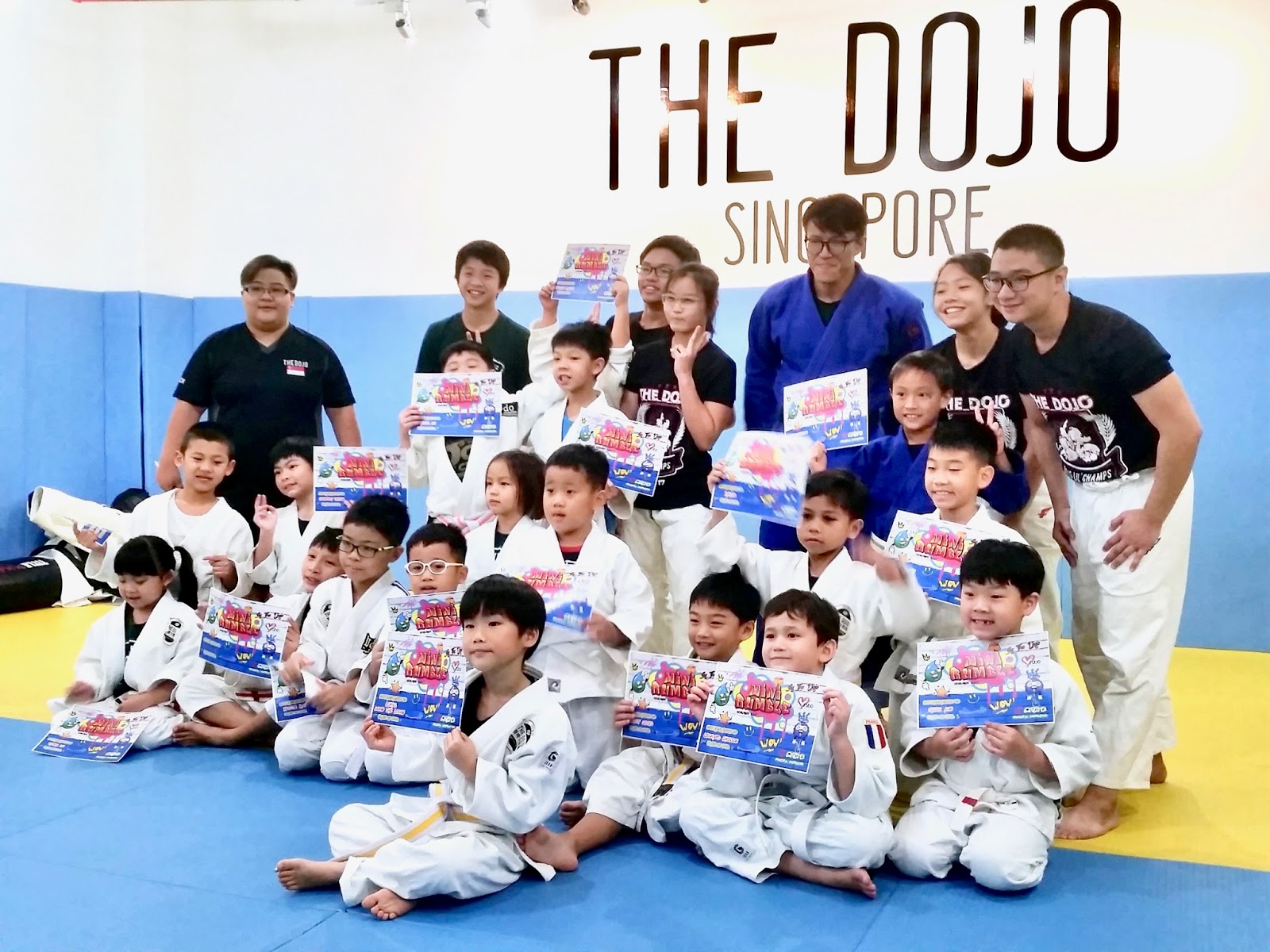 What is Judo essentially? I shall quote from Elliot’s school, The Dojo.

“Judo is a beautiful and yet dynamic combat sport that demands both physical well-being and mental strength.

Created by Jigoro Kano in Japan, Judo has over the years evolved into a major Olympic Sport practiced by millions all over the world. Judo literally means the way of gentleness in Japanese. There is no kicking or punching in the practice of Judo. Judo emphasizes on using the forces of balance, movement, and timing to throw the opponent.

On the ground, Judo teaches the use of pinning and submission techniques to overcome the opponent.”

Elliot is into his third year of Judo come March 2018. He’s enjoying it every bit of the fun and rigor till this day. (Even more so when he won competitions of course) 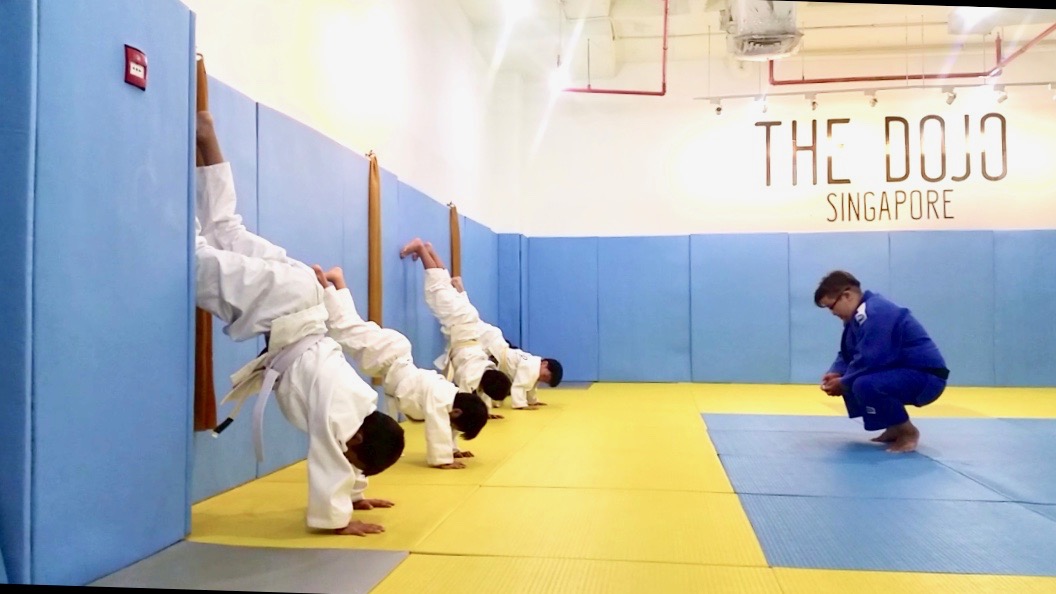 Sharing the journey thus far presents a timely reminder for me to review if the objective of taking up Judo has been fulfilled.

But much more than that, I observed how Elliot benefited in ways which I did not expect in the beginning:
– The range of conditioning and strengthening exercises that they do in Judo class is immense. Seeing those (and doing them myself) gave me many ideas on different exercises which I dish out as punishment for Elliot when he misbehaves. This means that when he’s guilty of being a miscreant, I can spare the rod, but yet not let him walk away scot free. He gets fitter in the long run too. That surely benefits him?!

– Understanding and executing of Judo throws involves maintaining one’s own balance while breaking the opponent’s balance. Physics concepts that we used to learn in school, such as stability, center of gravity, momentum, etc are literally brought to life. Surely this mode of learning is more effective than learning by rote?

– The intensity of the sport, especially during sparring and competition, has sharpened his mental focus and alertness.

– The standout benefit is the element of grit that I am starting to see in him. (or at least germinating in him). The physical demands of Judo training for children, while not made exceedingly overwhelming by the coaches, are obviously not the same as those of a Sunday morning walk or a fun session at the playground. I can see that the boy is able to take more physical and mental stress in his stride. He demands more from himself, refuses to throw in the towel without exhausting every effort (when the option is available) in school work, chess games, tennis training, etc. 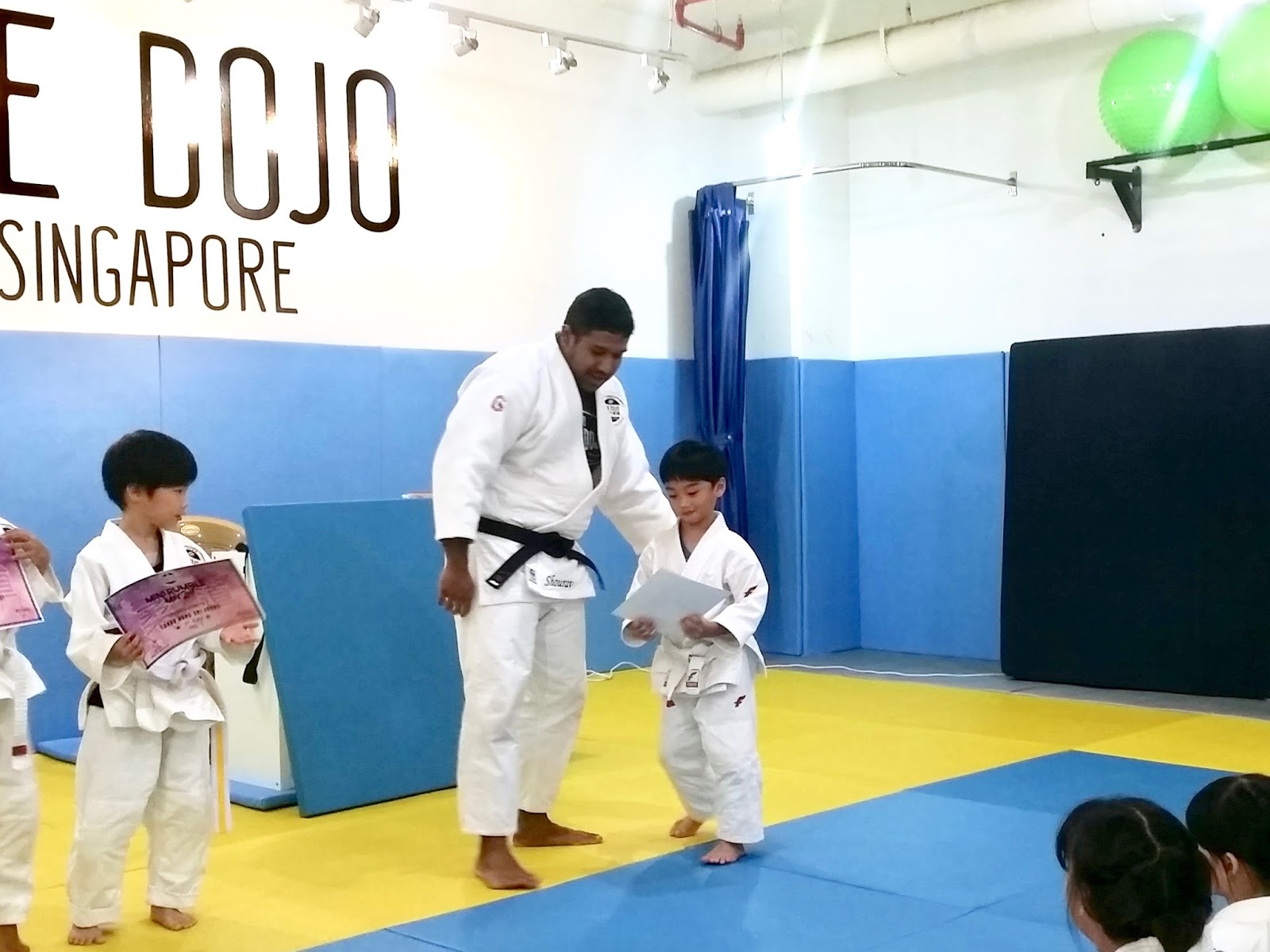 It’s been a rewarding journey so far for both son and father. I picked up the sport shortly after the son, to show him that we are in it together. (And to avoid underestimating any difficulty that the son may encounter in his learning process) My wife has been pleased with son’s development. (But at this moment, taking up judo is not her priority yet).

We are very happy with what Judo has contributed to Elliot’s physical and mental development. Can’t wait for more to unfold.

Video clip below shows Elliot pinning down his opponent for the November 2017 competition where he clinched the championship title at age 5.