My elder son, Sunay, first started Taekwondo at 4 years old, he hated it! He asked me “if I were attacked, should I start doing my pattern at the attacker”; “do you think a thief with a knife will be scared off”? I admit, I was speechless and allowed him to stop his taekwondo lessons after a mere 10 weeks.

Four years down the road, my younger son at 4 insisted he wanted to learn to “fight”. I thought he needed an outlet for his energy and I loved the caring yet firm Teachers I had met at KTMA when my eldest had initially started lessons. So I signed Sujay up! He loved it from the get go! He did his first grading within 3 months and has not missed a quarterly grading since, holding a blue-stripe belt at age 5!

The many grading tests that Taekwondo presents has brought it under fire for wanting to earn grading fees; but from a young child’s perspective, it brings about gratification sooner! They can learn a pattern for 6-8weeks and attain a new belt; spurring them to practice more and quietly instilling discipline and a quest to aim ever higher.

Around the time my younger boy got his yellow belt (the colour sequence is – white/yellow/green/blue/red/black), my eldest suddenly felt this “Taekwondo business” was a cakewalk and wanted that gratification of belt changing ceremonies too! So he started Taekwondo again, and 9 months and 2 double promotions later, holds the same belt as his Brother! My Daughter started at that time too, and despite not getting the doubles her Korkor did, she loves it just the same! 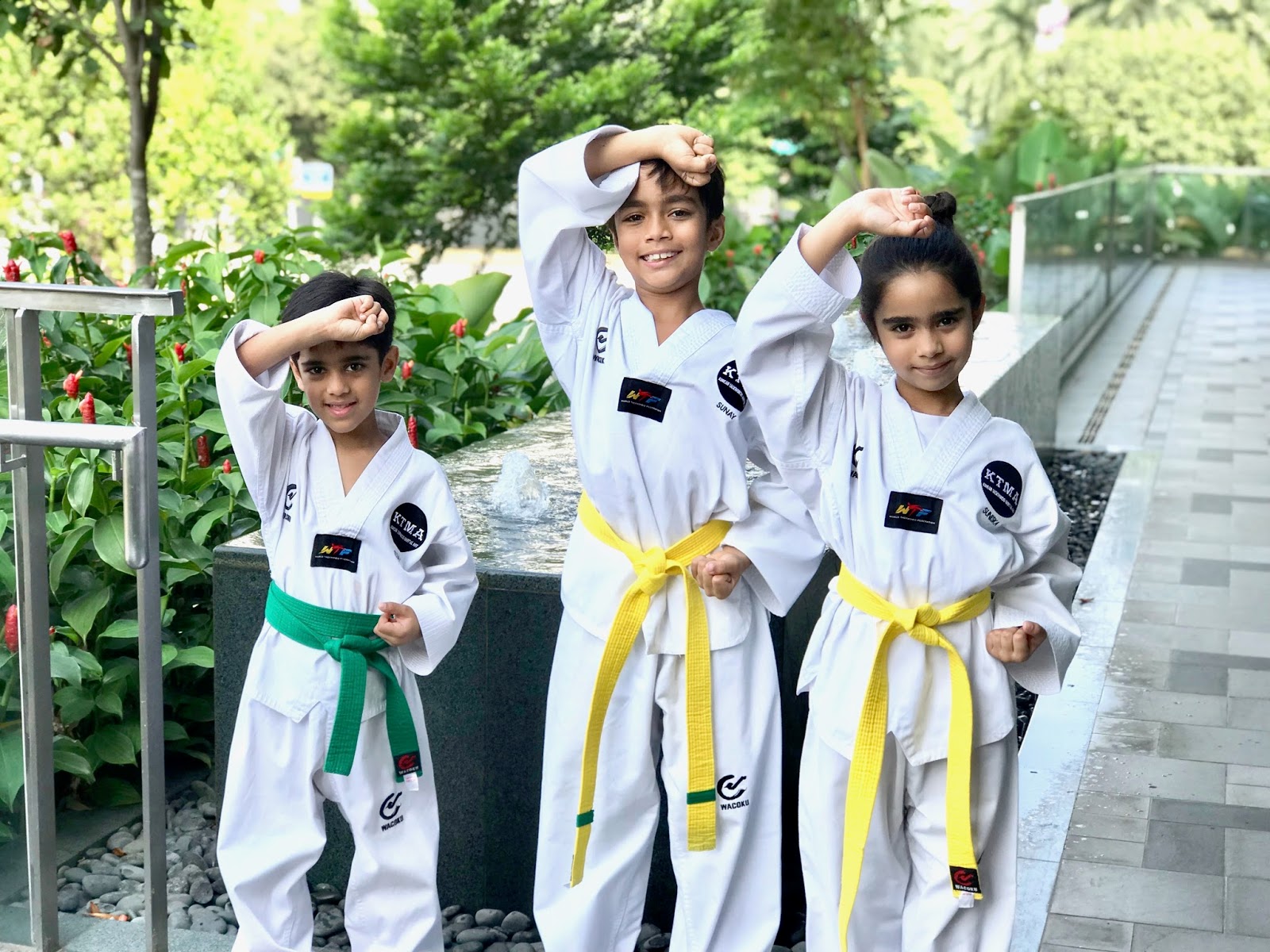 Every belt changing ceremony is held during class, where the promoted students will be complimented before their classmates for their hard work in practicing and advised to continue their hard work and reminded to use their strength only for good.

To answer my boy’s initial question, when you are attacked, you will eventually learn to use those kicks and punches for self defence and protect yourself! Sparring is an important part of Taekwondo, which comes in after the attainment of the green belt.

Taekwondo has become an important part of my household and my kids practice their patterns on their own, without prompting, which leads me to believe they love it! They aspire to get their junior black belts and participate in events like Creative Poomsae, where a group comes up with their own pattern and learns it for competitions. My kids are rather competitive and spurred on by things like gradings and competitions. Which martial art to start with really depends on your kid’s personality and likes, it’s never a one size fits all.

We learn at the Novena branch of the Korean Martial Arts Academy (KTMA) with mainly Korean Instructors, and my kids are picking up Korean along with martial art skills! As Doug Cook (a 7th Dan black belt in Taekwondo and a 6-time gold medalist at US competitions) once said “the most difficult part of traditional taekwondo is not learning the first kick or punch. It is not struggling to remember the motions of a poomsae or becoming aquainted with Korean culture. Rather, it is taking the first step across the threshold of the dojang door. This is where roads diverge, where choices are made that will resonate throughout a lifetime.” 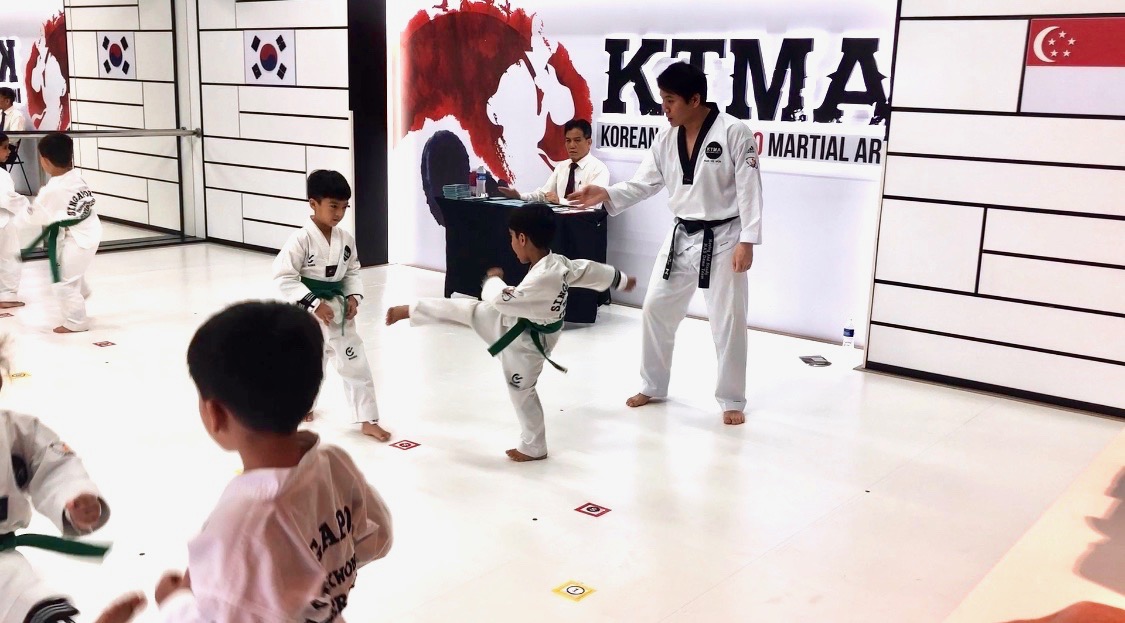 In a small school like ours, the instructors know how our kids are doing in school, and have forged personal bonds with each of them. I have seen instructors counselling kids not to fight in school and use their skills for anything other than self-defence in emergency situations. That to me is the essence of Taekwondo, an emphasis on defence rather than Attack.

Get Out And Play! Why Your Child Should Make Time…