There are so many schools in Singapore offering different types of Martial Arts to Kids – Karate, Taekwondo, Judo, MMA, Brazilian jiu-jitsu and the list goes on. With no background on Martial Arts, the first thing that came to mind was Taekwondo. Growing up, I see children wearing their white doboks at HDB void decks or badminton courts going HAH! HAH! HAH! It is a Korean martial art by the way; in case you’ve mistaken it to be Japanese. Karate and Judo are the ones originated from Japan.

Ewan is your typical boy who produces a good punch and enjoys the play of fight. Many a times, he doesn’t hold back because he didn’t think it was necessary. He plays and he gets punched, slammed and pushed [he punches and pushes as well]. If it was painful, he would cry momentarily and then stand up again laughing, pulling onto his friend’s collar for another round.

If the other kid is tough [and his mom is chill], I let them [play] fight it out. There are kids like him but there are also kids unlike him. For those unlike him [and for those whose moms I know wouldn’t like it], I will tell Ewan to stop. However, in the thick of play, my words fall on deaf ears. He is so rough and so strong, I sometimes have to do the unthinkable by pulling his collar and dragging him away.

So. I decided this boy needed discipline. If he wants to play out a good and safe fight, he had better learn how to do it correctly lest he injures his friend or himself. I chose 武术  because I am big on the notion that 我们是中国人 [We are Chinese]. The last thing I want to impart to my kid is a form of martial art taught by traditions and culture of another country. Most importantly, the discipline part I want to instil. 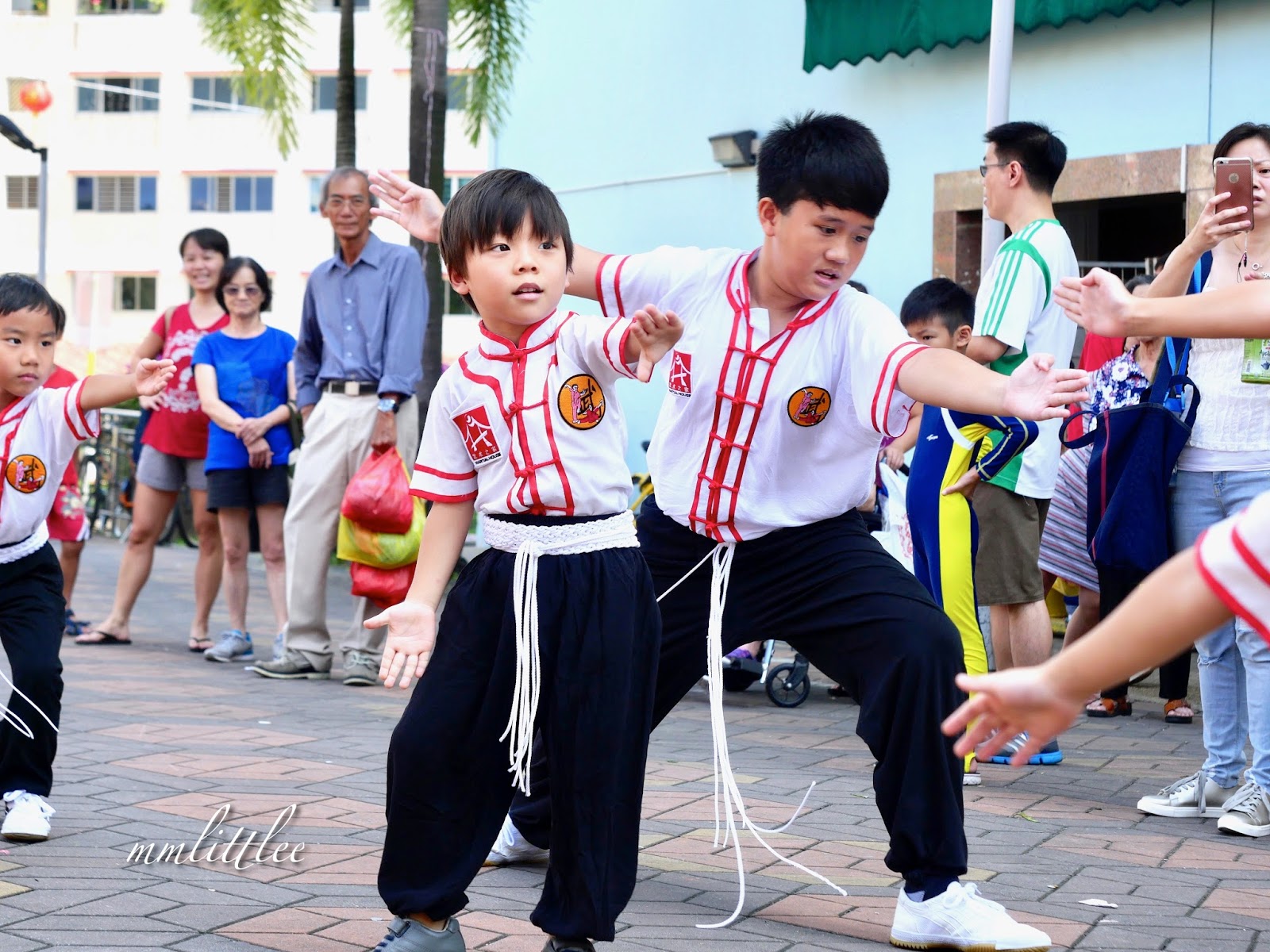 The meaning behind 武术  is literally Martial [武] and Arts [术]. It teaches 武德, a martial code of conduct. Because it is an art, I see no sparring in class. The kids practice mostly forms and drills. It inculcates the beauty of art and beauty of Attack and Defence in the Movement and Flow of the routines. They say if there is no sparring, then what good does it do with self defence and conducting a safe fight in the real world right? There’s also another school of thought [mine], that picking up a martial art to spar will encourage a lot more ruthless imagination to my already Kung Fu Kid wannabe. I am happy to keep my son’s mind towards the Zen more than anything else, for now.

You can say 武术 is boring with no action but it requires flexibility, speed, strength, coordination and endurance.

I need my son to endure the hardships in life because he really has none in the real world. There were a lot of tears starting out at 武术 because out of 90 minutes of class, half the time is spent warming up. That isn’t the kind of fight play Ewan was expecting? He sees the swords and nunchakus big kids are using. He watches them in awe! Yet, he will not be allowed to learn these weapons until he perfected his level. The White Belt. Which he continues to don on even after 18 months of learning.

He stopped 武术 for about five months [Read: Ewan’s Fractured Collarbone] and had to restart all his learning from scratch.

I wonder if it matters to him because it doesn’t for us as parents. This is one of many lessons for him to understand that everything needs to be earned. Things do not come easy and without putting your heart and soul into it, what progress are you expecting in return?

If I cannot teach him enough the above five values, I hope 武术 can.

Late last month, his coach singled out a handful of students from his group to go for grading. They will be advancing to the next belt and Ewan still stood standing with his white. He whispered to me, “When am I going for grading mommy?”

I told him, “When you can kick with a straight leg” That was all his coach wanted from him and if it takes a year, then let it be a year. Actually it’s been a year and a half. Well of course, it would be nice to see Ewan progress to boost his confidence a little with each belt. Yet I know, this is probably going to instil more responsibility in him than letting him progress prematurely. 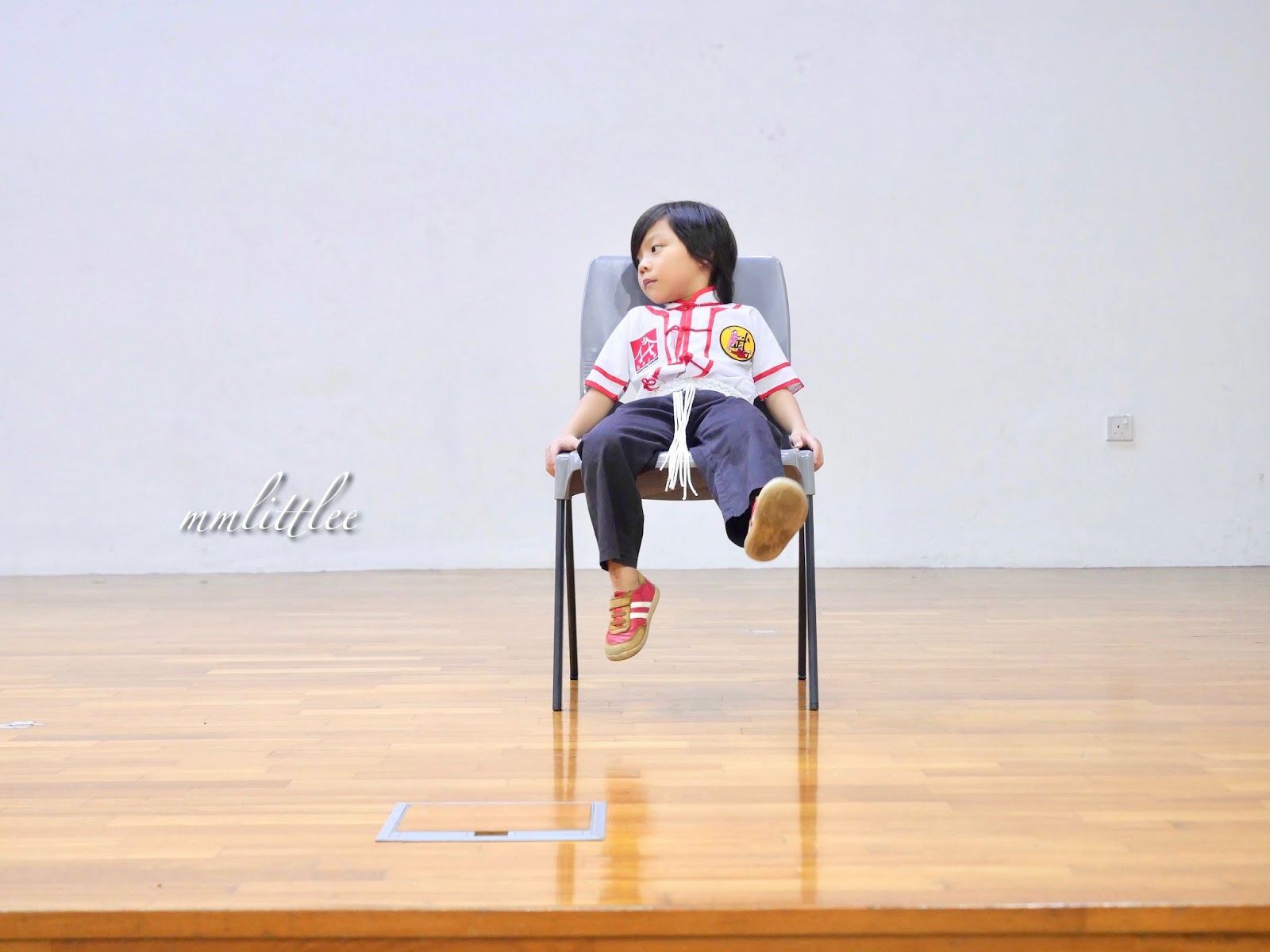 Ewan is one of the youngest in class. Having started at four years of age, he knew nothing about discipline. His life is play. Warm-ups are torture! Like, “Give me the weapon already!” With the grading advancement disappointment, his confidence was boosted again when he was told to be part of a stage performance for the residents of Nanyang for 元宵节 [last day of Chinese New Year].

He eagerly raised his hands to sign himself up for the show without checking with us. Although our morning for that Sunday was already packed, we squeezed him in for the show.

Ewan was laughing and playing the fool at the last practice before the big show. His coach said, “Don’t smile! Must look fierce!” 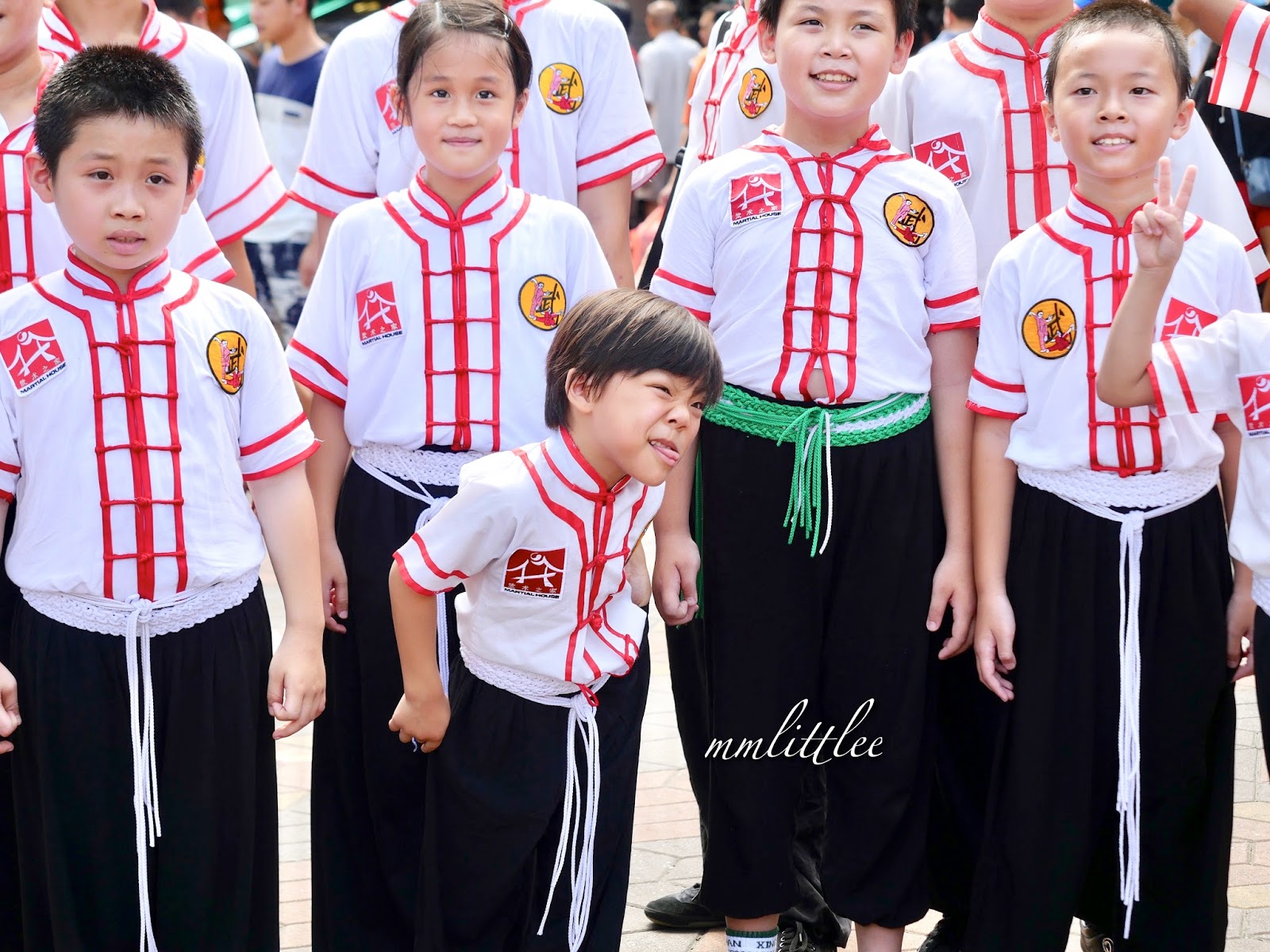 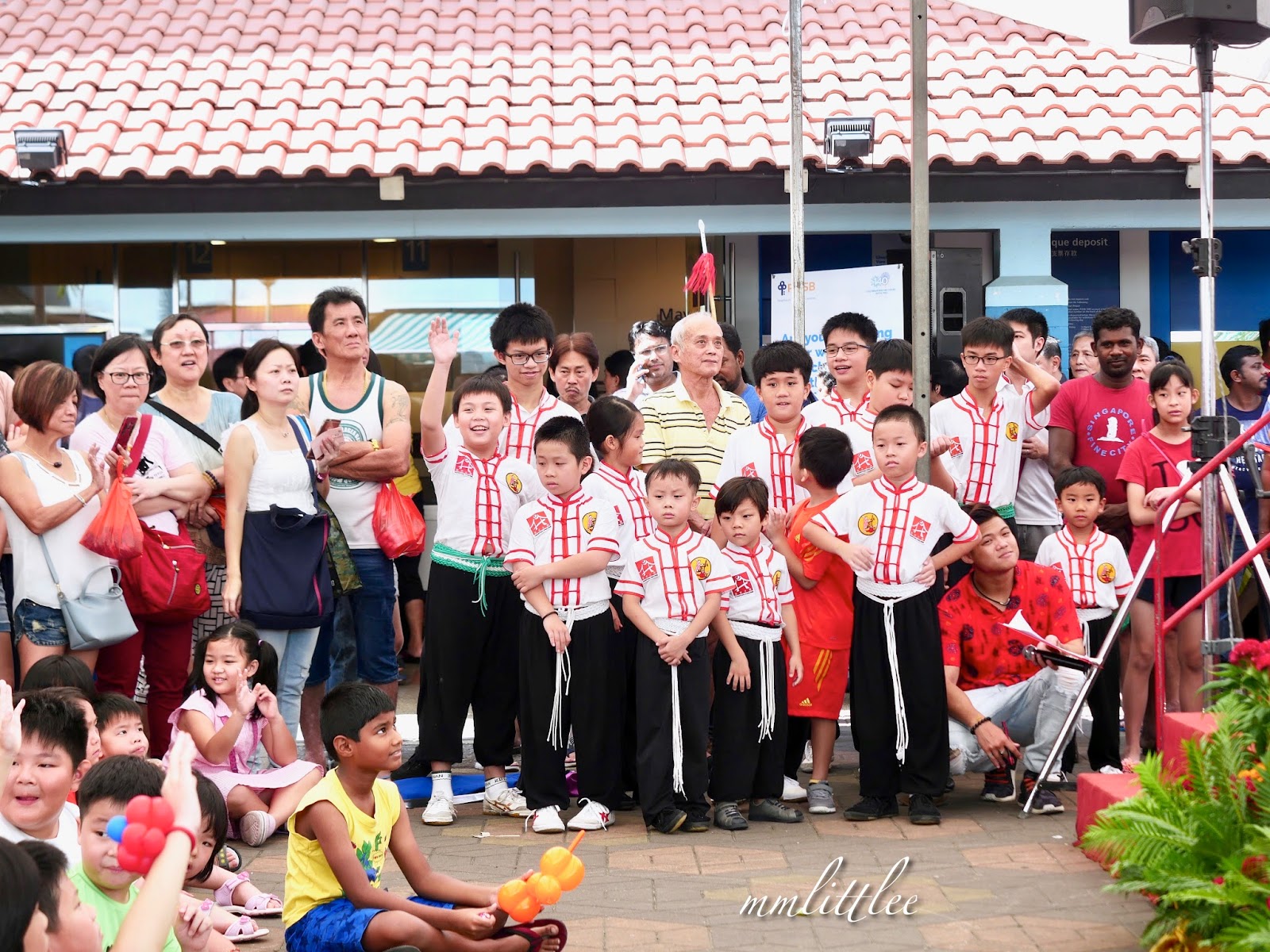 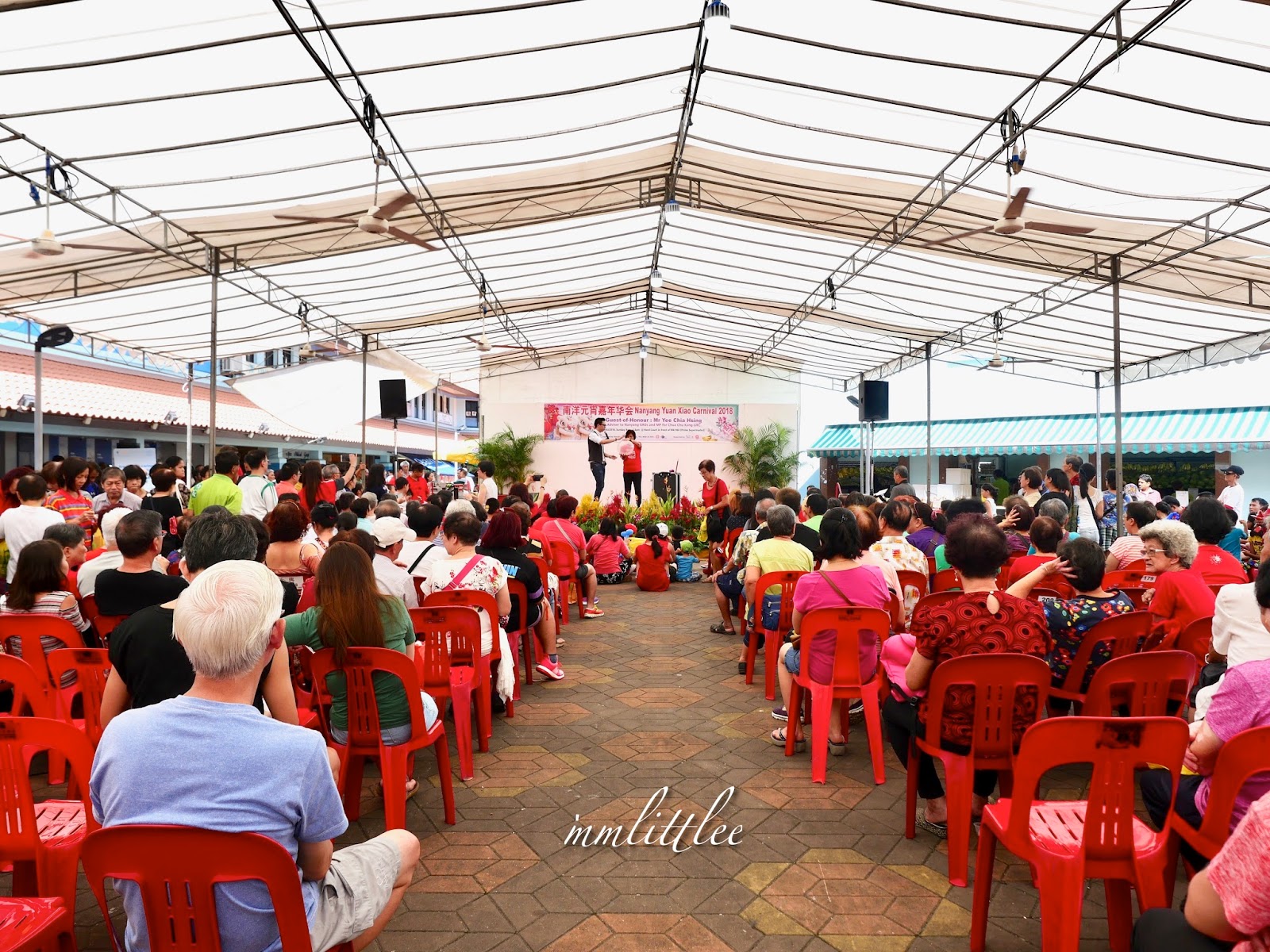 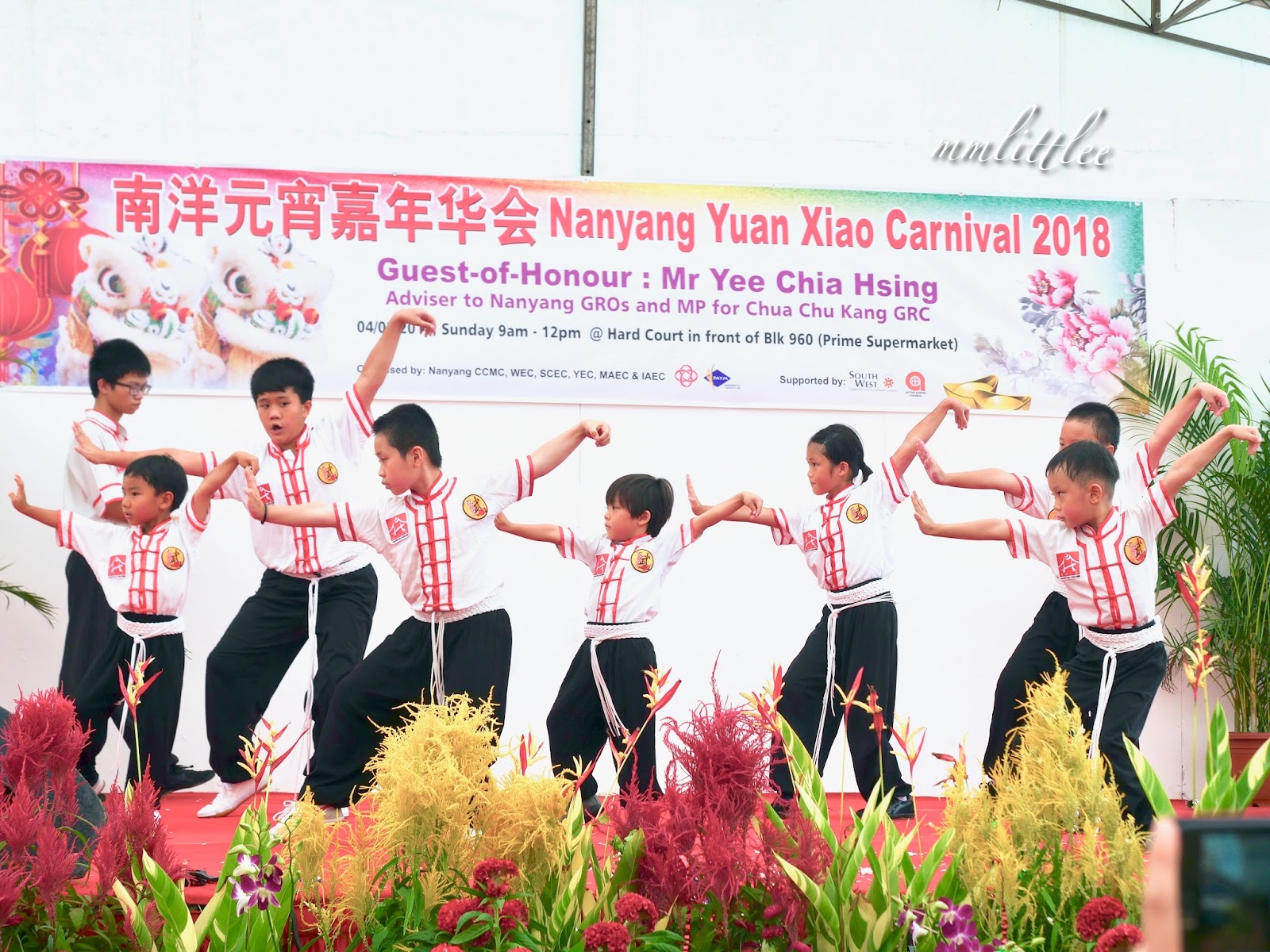 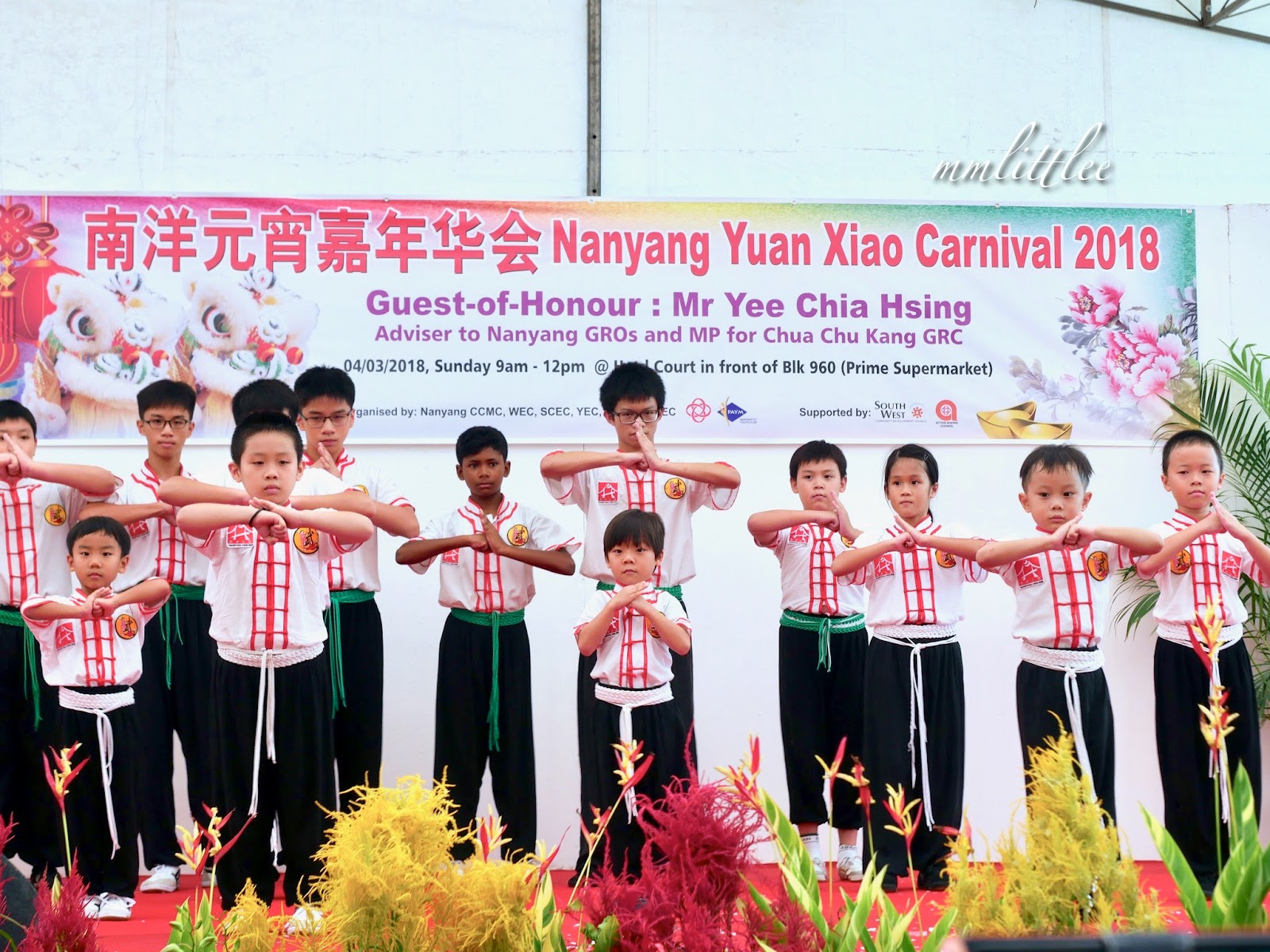 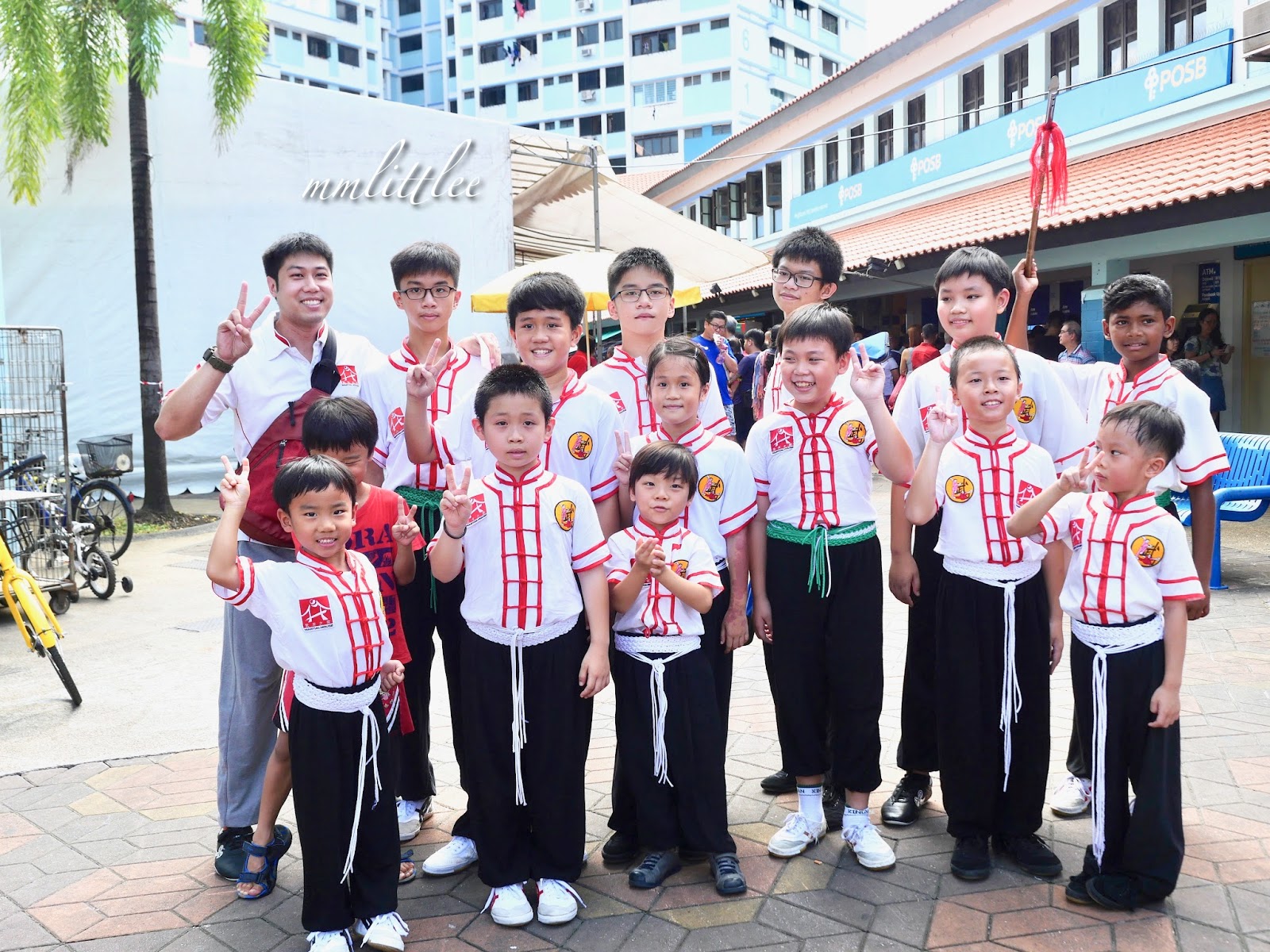 This boy’s a performer and the center of attraction being the tiniest tot on stage. The emcee called him, “这个小可爱!” aka “This little cutie!” and residents in the neighbourhood kept pointing at him.

I’m glad he had a good time and what better encouragement to have his English teacher over just to support him as an audience!

Ms Mira said she must have seen him practice in school like 20 times already and was proud to see him perform in front of an audience this time. So were we. 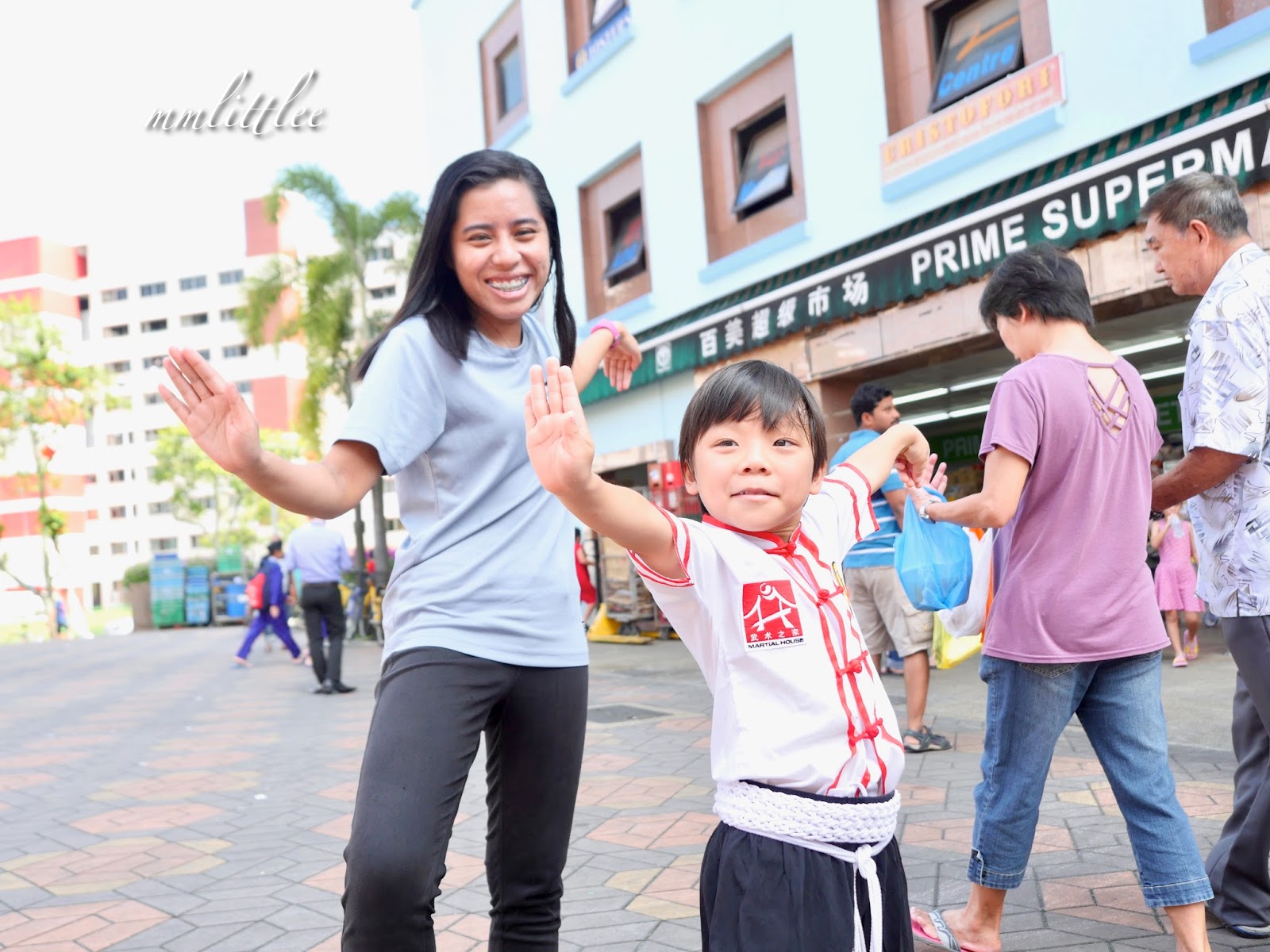 We chose Martial House by recommendation. I brought Ewan to two schools and he showed no affinity with the other school at Lorong Ampas.

Contributed by a million little echoes