MOE has released the Day 2 information, and the results is stunning.  There is a new lot of schools featuring balloting this year in Phase 2A(2) this year.  The consolation is that none of the schools require balloting within 1km of the school, and one even offers balloting for PRs.

Most of the schools have even more applicants in Day 2 compared with Day 1, with less than 5 having no change from Day 1 to Day 2.  Temasek Primary has 1 more applicant, having the highest Application rate (APP) of 346%, followed closely by Ai Tong at 322%.   As predicted earlier, Red Swastika and Westwood Primary was oversubscribed, but the surprise is that Yu Neng Primary, Princess Elizabeth Primary, Radin Mas Primary, Gongshang Primary, St Hilda’s Primary, and Pei Chun Public all required balloting for the first time in Phase 2A(2).

A couple of schools: Frontier Primary and Tao Nan managed to just fill their Phase 2A(2) vacancies without requiring balloting.

It looks like the P1 Registration this year is going to be nail biting!  For those looking at the table, check out those schools with a low Take Up Rate (TUR) if you wish to have a less competitive Exercise.  Schools with TURs of more than 80% will definitely require balloting in Phase 2C.

The registration part of Phase 2A(2) is over.  MOE has not yet released Day 2 information for this Phase, but we already see some schools that need to ballot, as expected.  The four schools that were oversubscribed in Phase 2A(1) are not available for this Phase, but we have listed them in the table as grayed entries for completeness.  They are CHIJ St Nicholas Girls, Pei Hwa Presbyterian Primary, Nan Hua Primary, and Rosyth.

The schools that MAY need to ballot in Phase 2A(2) are listed in pink in the table.  We would caution that the data is still not yet confirmed and some schools may have last minute changes and we will update the information as it becomes available.

Off the cuff, it seemed like Temasek Primary, Ai Tong, Catholic High, Henry Park, and Rulang Primary are going to need balloting in Phase 2A(2).  Among these schools, Temasek Primary is the most oversubscribed at 338%.  This rather surprising piece of news is an indication that the school has finally come of age, being recognised for its excellent work on its students in the last few years.  The rest of the schools are traditional Tier-1 schools, which is actually rather muted this year in terms of Take Up Rate (TUR).  Maybe MOE’s effort in defusing interest in these schools is slowly paying off! 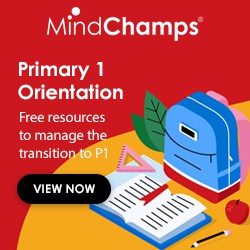 Red Swastika has an application rate (APP) of 95%, Frontier has 90%, and Westwood Primary has 94% after Day 1 of Phase 2A(2) registration.  Even if they may escape balloting for this phase, it is clear parents should be careful when considering these schools in the rest of the phases.

Good luck to parents going for this Phase or subsequent phases.

Tuition For Primary 1: Too Early Or Good To Start…

Chinese Lessons With Refund For Non-Improvement? Yes, You’ve Found It