P1 Registration: When Plans Fall Through

Landing a dream school for your child occasionally boils down to luck, but sometimes, luck may not be on your side.

Four years ago, local blogger Mummy Ed experienced being balloted out in Phases 2B and 2C, which prompted her to register her eldest son in a nearby neighbourhood school. She admits that it took her some time to recover from her disappointment, but with her son’s smooth transition to primary school life, she began to have a change of heart.

Today, Mummy Ed has two sons in the school. “We are happy with where we are now,” she says. Read on for excerpts of our conversation with her. 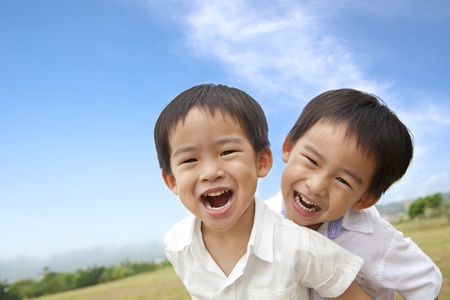 You wrote in a blog post that it took you a while to “adjust” to not getting your first-choice school. How did you come to terms with this?

I was honestly a little mopey, for at least six months! We are Catholics and my eldest had already expressed interest in being an altar boy, so I would have liked him to attend a mission school. But it helped that he was enjoying school, so I guess after a while I stopped feeling sorry for myself and focused more on what was important for him. It helped that although none of my peers have kids in neighbourhood schools, no one passed any remarks to insinuate that we didn’t try hard enough or so on. In terms of academics, with the easy accessibility of past-year exam papers, we can gauge if kids are up to a reasonable standard regardless of what school they’re in.

You also mentioned trying to transfer your son to another school. Is that still your intention?

My eldest was on the waitlist before the start of P1, since I thought it was good to keep our options open. The draw of some of these popular schools is the affiliation advantage, since I think that would theoretically lessen the stress in the PSLE year. But since our waitlist school doesn’t offer a “safe” route to secondary school, I would have to seriously consider the option if they offered us a place now, and it would have to be for both my boys and not just one, otherwise it would be a deal breaker! Of course I would have to factor in the distance too.

Additionally, over the past few years I’ve heard of children who go to “branded” schools (e.g. Nanyang Primary and even those in the Gifted Education Programme) ending up with mediocre PSLE scores. I would like to see the MOE come up with a scheme where every primary school is attached to a secondary school, if it will help ease the burden of the PSLE.

People often cite diversity as an advantage of attending neighbourhood schools. What are your thoughts on this?

In my sons’ school there is a wider cultural mix, which is good. From the parent workshops, I’ve met parents who are Spanish, Australian, Indian, Korean, Vietnamese, and PRC nationals. We also meet people from different walks of life; my son’s close friend goes home by himself and is sometimes alone for a while because his parents are hawkers. So it’s definitely more diverse than being among kids who are chauffeured and have the latest gadgets, and it keeps me grounded too. On the other hand, people have also said to me that for neighbourhood schools, you have to ensure that the child is not in the last class, otherwise even if they want to learn, other kids may be rowdy and so on, which makes sense so I think that’s a valid concern for parents.

Do you find that your sons’ school is lacking in certain areas, or would you consider it on par with what you know about popular schools?

The school is fairly new, which I think is a plus point since it won’t have any legacy issues and will probably strive to stand out from other schools. The facilities are all new, but of course they don’t have swimming pools and CCAs like tennis, carnivals, fun fairs, or parent-child camping trips. However, these are mostly “frills,” which are good to have but not essential. I do often compare, more for curiosity’s sake rather than being competitive, if our school’s parent workshops, school materials and so on are comparable to other schools, and so far we don’t seem to be lagging behind. Last year, our school had very experienced teachers transferring in after an extensive career in reputable schools, so perhaps the MOE is putting in even more initiatives to build up the neighbourhood schools.

What about the quality of teaching?

I find the teachers are very ready to give me a call if an incident has happened in school or if they spot behaviour that is of concern, such as speaking out of turn in class or restlessness. One Maths teacher reported that my eldest was not paying attention in her class; later she said he didn’t understand what was happening and was expecting her to explain it again. I agreed with her that she should not entertain him during class, and instead, she asked him to stay back during recess, and that helped. The teachers have also been willing to meet after school when I had concerns about my son’s work.

Would you say that you and your boys have a stress-free primary school life?

My kids sleep really early, by 8 at the latest, and I’m a big advocate for good rest. And since Day 1, we have not had any parents’ WhatsApp group, so that is less stressful for me too. I think I would also be concerned if my child was in a class where 80% of the kids go to enrichment centres and the teaching in schools is tailored to this—I’ve heard a friend’s daughter saying that everyone at The Learning Lab is her classmate!