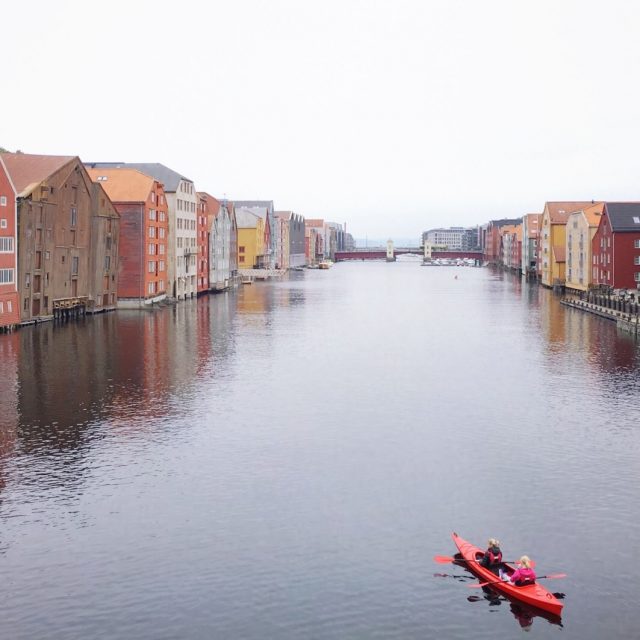 anna share another indoor playground we brought our girls to recently.
DD2’s birthday fell on first week of October, after Children’s Day to be exact. We brought her to SAFRA Jurong @ The Canopy last year & she loved
it! Actually, we ALL loved it. If you missed that review, click the blue link above to catch up..

This year, after much recce-ing… decided to bring the girls to Polliwogs. Down where East Coast Park is.

We were greeted by a huge bouncy castle from where we parked the car.
Yes, we had the car cos gramps came along to celebrate DD2’s birthday
as well.

We had to enter by the back way to locate the entrance. It was located
behind the Japanese restaurant Maraku Restaurant (if i recall the name
correctly). Another prominent building to look out for is also the Burger
King outlet there, which also boasts a drive-thru facility.

Polliwogs was having a Children’s Day Weekend Promotion and upon
payment, the girls and (us too!) were surprised when a very smiley
& cheerful lady came up to us and said, "Happy Children’s Day!" &
presented the girls with a goodie bag! Here’s the loot!

I mean, it was the first time they received a goodie bag upon entry to an
indoor playground. They were thinking that getting to even go to the play-
ground was already surprise enough.

We paid $19.00 per child at the reception area here..
This pix was taken at closing though… so the smiley staff not in picture.

As with all other playgrounds, this play pad ( I love how they term it! There were various seating spots for caregivers/minders in within the pad.
Although, sadly…. some seating spaces were more for bags than people.

I thought some courtesy could be exercised here. We carried our bags with
us when we were minding our girls or snapping pictures, plus if i remember
correctly, they have a locker facility there as well. So… by right, no bags
should be hogging seats meant for sitting in my opinion. My family and I
had to wait around till we managed to get seats after we brought the girls
round the pad to be oriented.

If you like prefer air-conditioned space overlooking the beach, here’s a
good spot… or else they have the wind in your face seating space outside
the glass panels as well.

This was where we eventually plonked.

Comfy and in one of my favourite colour too!
Oh, in case you were wondering… that’s not my
drink. Buds doesn’t litter.

I got the kiddies changed into a more comfortable playing attire, cos they
were in dresses when we came. The restroom was clean & they provided
slippers as well. Good, since everyone is required to don socks here.

They have a separate area for the babies / toddlers which i like too so that
the small ones won’t be run over by the big boys and girls who are in the
midst of all the fun. Again, clean… nicely padded… colourful and i suppose
spacious enough for the tots.

Now, for the main pad action…

Here’s my honest feedback. Having been to SAFRA Jurong and even IKEA’s
Smaland indoor playgrounds plus a few from our short trips to Bintan
and Batam, we did find initially that the space was a little claustrophobic
perhaps due to the low ceilings in certain areas of the playground. With a
bigger crowd that weekend, what with the Children’s Day promo and also
a birthday party, the place slowly became stuffy and we were practically
sweating albeit in an air-conditioned space. The noise level was on the
high side as well. All that said however, the play scape / arena was still
interesting for the children!

Here were some areas we managed to get into…

Due to the lower
beamed areas, it was slightly uncomfortable for me to keep bending down
below the beams to enter certain areas, due to my bulge but no major
trouble with that. My parents and hubs who have been to SAFRA with
us also commented on the slightly smaller space.

We were practically under attack by the colourful balls
coming from almost everywhere! The kids sure love
shooting them from wherever they are! It’s one day
they get to shoot daddies and mummies!

Of course, all the other non-related aunties and uncles too!

I particularly liked this coney structure! Went over here to get coffee for hubs and daddie. The guy over the
counter asked for receipt of payment / entry (MUST KEEP!) and upon
giving it to him, he didn’t charge me for the drinks.

In the spirit of Children’s Day, Polliwogs also engaged a balloon sculpturist
to make many intricate balloon sculptures for the children…. and i must add
…. seems like for the parents as well!

It was a long queue boy!

This guy is very skilled in his craft! Pei-fu!

His balloons were fantastic! Very 3D!

(Note : The fella was having a slight cold and we were quite concerned if
he was well enough to be doing the stint. He had to wipe off his mucus in
between the twisting process. At times when he did not get a chance to
wipe, can see mucus dripping from his nose… so i thought this should be
highlighted as well. It is after all a family pad.. hence, i would deem that
only healthy manpower should be allowed to work, but heck, it is not in
my place to judge for there must’ve been some prior arrangement to
this stint… but still, just a point to note la..)

It was soon closing time. The chairs outside were dusted and the space
swept up. The announcements were given in due course so the children
would know it was time to get ready to leave the play pad.

We got our sweaty girls off the pad, cleaned / dried up! I mean they were
showered in sweat! Before they left, they got to bring home Polliwogs’
helium balloons as a final parting treat. They said goodbye to all their
new-found friends and we went outside to put on our shoes. Both girls
had so much to talk about all at the same time… which only explained
that they had a whopping great time.

For having a neat space for our DD2 to have a memorable birthday treat!

PS. Hopefully, Polliwogs will not be affected due to the restructuring project
over @ ECP.

Nope. The entrance to Polliwogs is actually from the beachfront. But since we parked the car behind… where the bouncy castle was… we had to pass by round Waraku Restaurant.

Thanks for the review,

Must bring DS there soon…

The place looks fun, will give them a try one of these days. Thanks for sharing!

Thanks for sharing, Buds!

Can’t wait to bring my boy there one day!

Thank you for sharing!

Hey Mummy Buds,
Thanks for the photos, sure you guys have a great and memorable day. Another interesting place to bring my DS.

Thanks buds. Wow 1 more interesting place in my holiday list.

Thank you for sharing such

Thank you for sharing such a thorough review, Mummy buds.

The poor balloon sculpturist must have been kept so busy, earning his keep.

Can’t wait for DD to get bigger so we can go to Polliwogs.

p/s Mummy buds, did you access Polliwogs via Waraku Restaurant?

Wow! Fantastic Review!  Thanks for the detailed write up and nice photos, buds 🙂 Been there two years ago but did not try the outdoors section cause it was raining.  Looks like they have a few add ons. Time to bring DS for a round of fun!