Preparing Your Kids For A Gig Economy? Four Things To Tell Them

The advice you give your children could help or hinder their ability to thrive in the uncertain job market of the future. 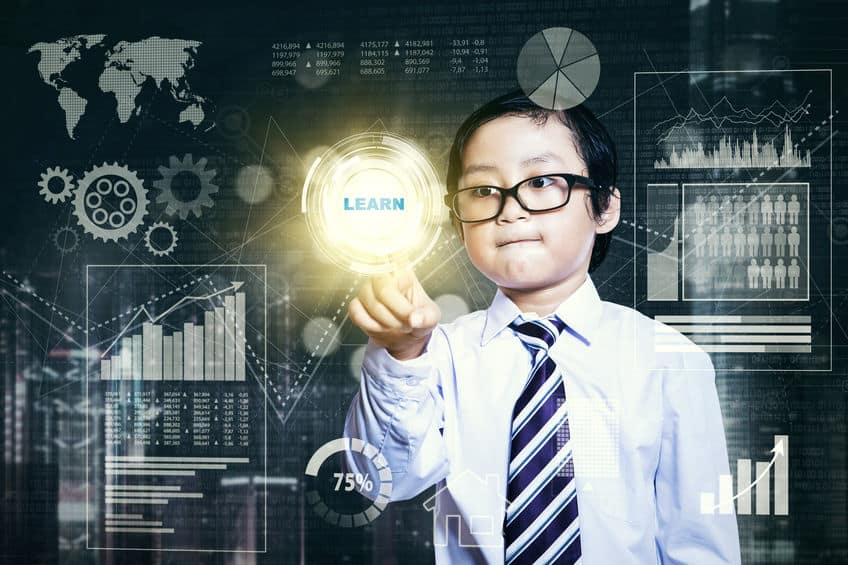 In a report titled “The Future of Jobs,” the World Economic Forum cites a statistic that parents should take note of:

“65% of children entering primary school today will ultimately end up working in completely new job types that don’t yet exist.”

In other words, the advice we should give our kids about work today is vastly different from the advice we received from our parents. What are the new job realities that we should be talking to them about?

1.“You can make a living without stepping into an office.”

“I’ve been freelancing from home for over a decade. I’ve had one-off assignments, as well as retainer contracts that either run indefinitely until one party gives notice, or term contracts that are renewed every quarterly or half-yearly,” says a KSP member and mother of two.

“My kids are aware that unlike my husband, I don’t receive a fixed salary each month or employee benefits, and my work is subject to change. They see that I sometimes have to adjust our schedules on account of urgent work — as well as our spending on frills, if a long-term project is ending.

“I’ve explained to my elder child how I set my hourly rates, and how I’ve gotten jobs primarily through my social network,” she adds. “She sees that there is uncertainty but also flexibility in how I spend my time, and the importance of minimising distractions and being organised. Above all, both my kids know that I look forward to work and that it enriches my life, which is not a sentiment I heard often while growing up.”

With technology making it easier for workers to work digitally, one can not only work in any place they please, but also seek opportunities anywhere in the world.

“And as work becomes less tied to geography, digital platforms… increasingly offer people a chance to be their own bosses,” says Stephane Kasriel, the CEO of global freelancing platform Upwork. He says he would tell his children that “working for yourself has never been easier.”

According to an Upwork study, more than half of all US workers are expected to freelance by 2027. In Singapore, self-employed individuals have accounted for eight to 10 percent of the resident workforce in the last decade, and this is expected to be a growing trend.

“Whether it’s copywriters, marketing consultants, handymen, or Uber drivers, they’re running their own businesses,” says human capital entrepreneur Marion McGovern. “[But most] don’t know how to make the most money as independent contractors.”

To help your kids develop an entrepreneurial mindset, take a cue from local mother Sarah Lee-Wong, who supported her two sons, then aged 10 and eight, when they decided to produce and sell their own “Boredom Busters” books at a creative fair last year. She and her husband served as cashiers, but left the boys in charge of the actual selling. The result? She was “humbled” when she overheard her sons delivering their sales pitch, with lines such as “This will make a good birthday present” and “In case you change your mind, you can e-mail us.”

For her boys to truly feel like entrepreneurs, they also had to pay for their parents’ time and labour — with 20 percent of their profits — and for expenses incurred, such as printing and packaging costs. Their final profit was S$4.80, but the lessons learned were invaluable.

As jobs change to keep up with the times, the requisite skill sets for jobs will change too. What this means is that learning needs to be a lifelong endeavour.

In practical terms, this could mean anything from getting new qualifications and attending workshops and events to keep up with changes in the industry, to figuring out how to use a new app or tool to improve work efficiency or connectivity.

To encourage kids to be flexible learners, expose them to different ways of learning — such as apps, instructional videos, or virtual classrooms — so that they won’t be overly dependent on the traditional classroom mode of learning. You could also get them involved in practical experiences that will nudge them out of their comfort zones, such as community work where they are required to plan and organise a small event.

In daily life, highlight to your kids that there is much to learn from those around us too. For instance, a highly disciplined friend could provide advice about staying on task. Useful advice and information could also come from unlikely sources. Teach your kids to keep an open mind, and to listen respectfully to what others have to share.

4.“People skills are more important than ever.”

“In a gig economy… the ability to constantly cultivate and regenerate new professional networks is paramount,” says Reva Seth, a strategic communications consultant and coach.

“I wouldn’t have been able to make my career work without having learned how to approach and connect with a diverse group of people. It’s a skill I honed growing up [while] moving schools, cities, and countries every two to three years,” she says. “In my coaching practice, I regularly see my clients struggle to expand their networks because they find meeting and establishing relationships with new people so stressful. But the truth is that you can learn to do it well and with minimal strain or anxiety.”

As a mother of three boys, she hopes to redefine the idea of friendship for her children — instead of a “best friend,” she suggests that kids might benefit more from being around different types of people, as this will help them to adapt to different audiences.

Apart from embracing diversity, the ability to encourage others, listen with attention and compassion, and exercise restraint where emotions are involved will also be crucial, particularly if much of our work interactions in the future will be conducted virtually. The best way to build these skills is to model positive communication habits at home.