How To Raise A Healthy High Achiever

At just 22, New Zealander Jamie Beaton’s resume is hard to match. Some of his feats include:

Founded in 2013, Jamie’s consultancy business now has a branch in Singapore, and last month, his mother Paula Beaton was in town to share her experience of raising a high achiever. (Jamie also made a brief appearance at the event, via Skype.) Paula was a single parent for almost five years, following a divorce; she has since remarried, and has also received support from her parents, who live with her at home. 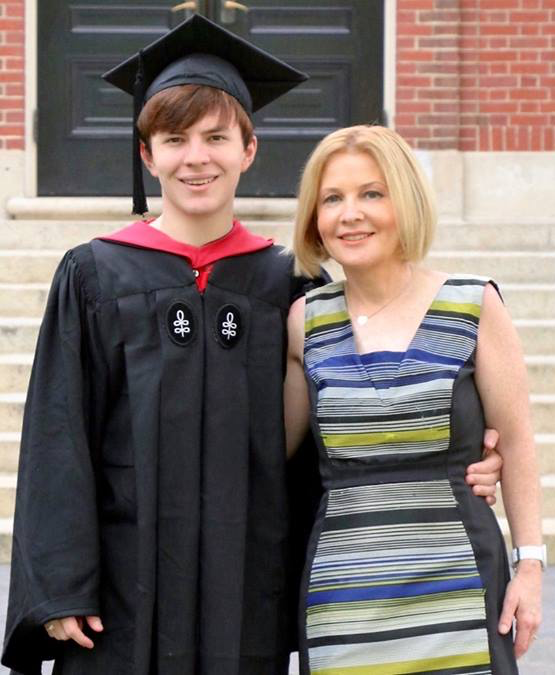 When asked if there were early signs of Jamie’s high intelligence, Paula recalled his “incredible concentration” as a child. “If he showed interest in something, he would focus on it and nothing else. For instance, Thomas The Tank Engine consumed him—we had jigsaws, books, songs, everything,” she said.

However, Paula revealed that teachers did not always support Jamie’s intensity, and she highlighted a challenge of raising high-ability children—alienation. “In New Zealand, we have what we call the ‘Tall Poppy syndrome,’ and that means if you are different in any way, if you excel in anything, there isn’t that support from society that you would imagine,” she said. “You’ll have to go beyond your social groups to try and find like-minded individuals, to make sure your child never feels isolated or marginalised.”

Read on for more of Paula’s tips on raising children to be the best that they can be, regardless of ability level.

Let children see you at work.

By Paula’s account, Jamie was “an important part” of her property administration company. “I have vivid memories of him [as a child] going with me to client meetings, where he’d be playing at the side with Thomas the Tank Engine and his Lego. I remember praying that he wouldn’t start singing the Thomas The Tank Engine song, but he was absorbing business even at that young age,” she said. In fact, Paula recounted an incident where Jamie, at age six, tugged at her dress as she was wrapping up a meeting, to alert her to an item on the agenda that she had neglected to address. It’s proof that blurring the boundaries between work and parenting can be educational for a child.

Support your children’s passions, without exception.

“I wasn’t very good at curtailing Jamie’s enthusiasms,” Paula admitted. “I tried to support him in whatever he wanted to do. It’s so much better when children have a passion than when they don’t.”

Paula’s commitment extended to passions that she didn’t understand or had little interest in, such as Yu-Gi-Oh, a trading cards game, which required her to drive Jamie for two hours so he could participate in the game with other players.

Jamie’s interest in Warhammer, a fantasy-themed wargame, was similarly time consuming, but Paula has never regretted the efforts expended on such pursuits. “I feel it’s when parents can’t, or don’t want to support their children, which leads them to maybe not strive as hard as they could.”

Turn learning into an adventure.

“Sometimes adventures aren’t what you’d expect. Sometimes it’s not skydiving or a [theme] park, but it’s learning that is an adventure,” said Paula. “I feel strongly that if you can create that sense of adventure for your children, learning will become a passion for them.”

According to Paula, she and Jamie would head out on road trips prior to Jamie’s exams, and use the time spent driving to review his work. As for tests and exams, they “treated it as a game,” and if Jamie didn’t attain an ideal score, he would simply aim to improve on his score in the next round.

Be involved in your children’s journeys.

“It’s not about saying to your child, ‘Go to your room and study,’ but being intimately involved in the process.” This, Paula said, includes being in the same room as your children while they are studying, or having them study in a place where they don’t feel isolated from the rest of the family, such as out in the dining area.

Paula’s own involvement was extensive when Jamie was young; she said she was well acquainted with the syllabus back in the early years. As Jamie grew older, her role evolved into that of an organiser, where she assisted Jamie in his college applications by gathering and collating reports, checking references, and proofreading essays.

Tutoring can be a source of support.

“In New Zealand, you only tutor a child if the child is weak in a subject, but I saw tutoring as an important part of time management,” said Paula. “Jamie was very good at maths, but we gave him tutoring so he could cover the syllabus faster and work on his additional subjects. In high school, he had to study 10 subjects at quite a high level, and tutoring reduced the burden in that area. I saw it as a smart move and an investment, and at one point, Jamie probably had up to 30 hours of tuition in a week.”

The choice of tutors is crucial to ensuring a smooth learning process, said Paula, and she suggested that parents should ask themselves: Is the tutor generating stress or creating a stimulating learning environment?

The tutoring was something that Jamie himself appreciated. In a 2016 interview with the NZ Herald, he said: “As I got older I realised how silly it was to roll the dice in a lot of these classes and leave the quality of teaching down to chance. I would use tutoring to learn 150 hours of content for a subject in about 30. In my last year, I ended up doing 10 A-levels when most people only do three or four.”

Be a role model.

Rather than being goaded to achieve, it was his mother’s educational path that motivated Jamie to strive in his academic career. “[My mother] did a lot of degrees in university in New Zealand, and she was always talking about how important my schooling was to me,” said Jamie of his mother’s influence. “So from quite a young age, I understood that how I did in my classroom, and how I did at school, was a key trigger for my own future—the stronger I performed, the more options I would have down the line.”

Losing Motivation To Revise During Covid-19? Here’s What Top Achievers…