Learning Skills: Teaching My Daughter To Solve A Puzzle

A KiasuParents member recalls her experience of helping her daughter solve a math puzzle.

Back when my daughter was in Primary 2, I was reluctant to nudge her towards the assessment book trail, although I felt assessment books would be a necessary evil—someday—to help her beat the clock during tests and exams. At the time, my daughter was doing well on her tests with only school-allocated homework as practice. Although she didn’t bring home perfect scores, she didn’t lose many points either.

However, later that year, a lower-than-usual math test score caught our attention. My daughter said it was the problem sums that threw her off, and I wondered if there was another way to help her without resorting to assessment books. I decided to have her attempt math puzzles to sharpen her thinking process, and one of the puzzles was this classic matchstick puzzle, where you are required to remove four matches, leaving only five squares of equal size behind: 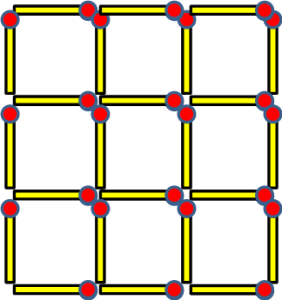 As a child, I used to love such puzzles, but as a mother, I’ve had to learn that my daughter is quite different from me. I left her to solve the puzzle on her own because I had practically given away the answers for two earlier puzzles. She recreated the puzzle using her stick magnets and blocks, but couldn’t solve it. She took short breaks and returned to the puzzle—with no success. I thought I could cheer her up by offering a small reward for finding the solution without assistance, but it only led to tears of frustration.

My husband wasn’t home when I gave my daughter the puzzle to work on, but he popped in on us during lunch and found her sulking. He asked to see the question and at first I was annoyed at his involvement, because he picked on the way the question was phrased and tried negotiating with me to accept alternative solutions. Later in the evening, he came home again to find my daughter still in a funk, and he told her to stop messing with the blocks and magnets, and instead, get her notebook out to draw possible solutions.

We’d made dinner plans that night, so my daughter brought her notebook with her and worked quietly on problem solving after she had finished her dinner. This time, mere minutes elapsed before there was a whoop of joy—see the last row, square on the right: 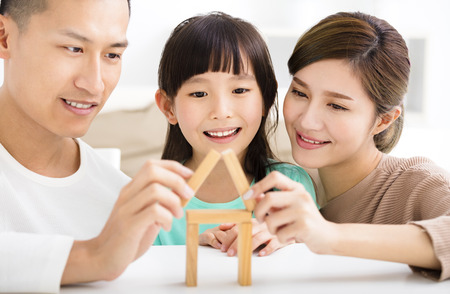 I was about to celebrate but before that, my husband asked why she’d managed to solve the puzzle in such a short time, compared to her earlier efforts. My daughter usually gives vague replies to questions, but for this she had a ready answer: It was because she was able to see clearly what hadn’t worked and not repeat that, whereas earlier, when she’d used the blocks and magnets, she was going in circles.

You can probably guess that I was no longer annoyed with my husband, and was instead impressed with this exchange—my husband is the one who’s been teaching for over a decade and it shows. Since then, I’ve been mindful that useful parental guidance is about observing my child, identifying her difficulties, and suggesting a work process that might make a task easier.