Every year, parents with children in Primary 6 face the dilemma of deciding if they want to put their children through the Direct School Admission (DSA) trials. Some are apprehensive because this could result in additional pressure on their children with the Primary School Leaving Examinations looming, while for others, it’s an opportunity that should not be missed.

For Lauren, a mother of two who has a son currently in Primary 6, she was initially unenthused about the DSA, but has since softened her stance. Her son studies in a neighbourhood school; he is in a top class, with grades ranging “from 70+ to 80+,” says Lauren.

Lauren herself has graduated from both neighbourhood and “top” schools, and she taught English and maths in local schools before taking on a research assistant role in 2013. We spoke to her to get her perspective on the DSA. 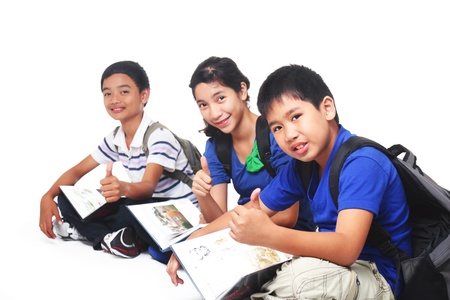 What prompted you to encourage your son to try the DSA route?
Frankly, I never wanted my son to try the DSA—the reason being that even if he clears it and gets into his school of choice, he may not be able to cope academically and that would be detrimental to his self-esteem. Furthermore, I think a typical secondary school is not worse than a “top” school; the diversity is welcome, in my opinion. However, my husband was keen, and so we tried for two popular secondary schools, under the sports domain for one, and the sports-and-academic domain for the other.

You mentioned that a typical secondary school would serve its purpose as well as a “top” one, could you tell us more about that?
The pros of studying in a reputable school would include the network, which often consists of the “who’s who” in society, such as CEOs. This network may be useful in future, and this is the reality, I’ve learnt. Also, the learning environment may be more conducive because most students are expected to do well. The downside is that kids may be pampered, and may tend not to persevere because they have too many alternative paths available to them.

The advantage of studying in a “typical” school is the diversity of the student population, which will give our children a better, more grounded view of how the world works. They may come across more friends with divorced parents, “AWOL” parents, or those facing financial difficulties. They are likely to meet friends from different socioeconomic status, and may be able to learn to empathise better. Students who face struggles in different aspects of their lives may not think they have what it takes to succeed, but they also tend to have greater resilience—they don’t give up so easily because they know life is not a bed of roses. I know of many students who would work during the school holidays and with each stint, they become more confident and self-assured. But the academic learning environment may not be as ideal; some students aren’t as inclined academically and can seem less motivated to learn in class. But I know quite a number who bloomed academically when they were older.

Back to the DSA process: Was it confusing to register and prepare the necessary documents for your son?
No it wasn’t, but the processes were slightly different for both the schools that my son tried out for. In one school, he needed to clear two rounds of sports trials, and in another, he had to clear just one sports trial, followed by some written papers and an interview.

Having been through the DSA, what are your thoughts on it now?
We don’t know how my son fared yet; results will be released in August, I think. If I’m not mistaken, for one of his schools, all you need, after gaining acceptance, is to qualify for an Express course for the PSLE. For the other, I think there is a minimum score requirement, but I’m not 100% sure about this.

After our experience, my stand on the DSA has changed somewhat. I’m less against it now that I can see how it provides some sort of “insurance” for the kid. But really, I’m still for entry via merit.

How did you select the schools that your son eventually applied for?
My son wanted to try for one of the schools because his father is an “old boy” who played team sports there, and there’s a strong sense of loyalty. I guess he wanted to follow in his father’s footsteps. He decided on the other after attending the open house event.  He told me the school’s homely environment made him feel welcome.

Was there a lot of preparation work involved?
Frankly, I did nothing, apart from gathering bits and pieces of information from some friends! Going to the open houses helped to clarify things, and the two schools we shortlisted had helpful staff who were ready to answer questions, although we hardly had any. In all, we didn’t think very much about the whole exercise, and neither did we prepare our son for the interview or written papers. As for his sport of interest, we didn’t start him on it with the DSA in mind; it was solely because he wanted to play it. So I would say the DSA was a by-the-way affair for us.

Some students are intimidated by the interview. How did your son find it?
Surprisingly, he felt it was easy. He’s an introvert but he spoke his mind, apparently, and also gave what he felt were politically correct answers.

Have you discussed with your son the possibility that he might not make it into either of his dream schools?
My husband and I have been telling him, since before any of this started, that it’s OK not to get in because it may not necessarily be a wonderful thing. Our stand is: Give it a shot, but continue to work hard for the exams.

Do you think he’s stressed about it?
He doesn’t seem stressed about the results. He feels he has done OK, and of course he hopes to get in, but I think he is not unduly worried.

What advice would you give to parents who’re new to the DSA?
I’d say going to the open houses is recommended, and parents should keep a lookout for the open house dates. Also, checking information with the school (and the right person) is important, as information picked up from elsewhere may not be accurate. It helps if you know some people from the school too, so you can talk to them about your concerns.

I know of parents who have applied for up to four schools, but my view is that you should apply to the ones you really want to go to—don’t deprive others of a chance by applying for a school that you won’t choose.

The DSA Interview – How to set your child up…