School Bullying: What If You Are At Your Wits’ End? 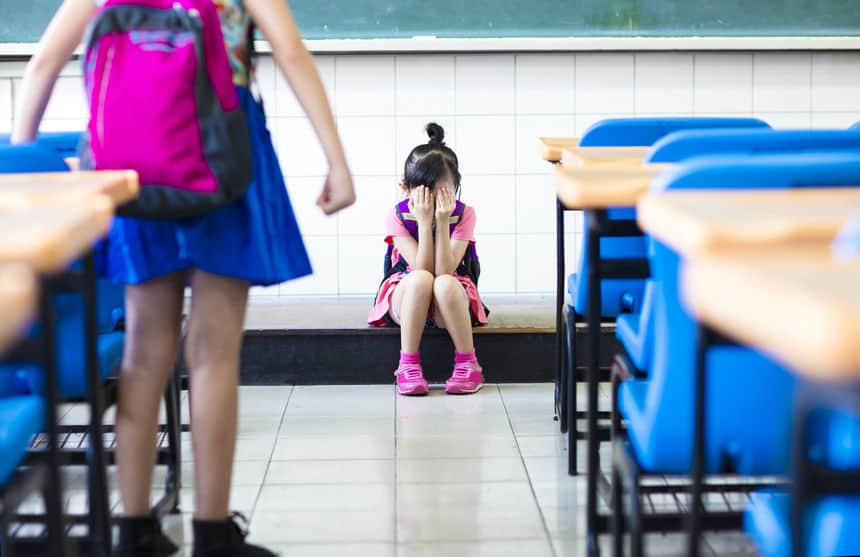 Should you ever take matters into your own hands if your child is bullied?

Singaporean father Tan Chin Tai did — he confronted his son’s 10-year-old bully and shoved him against a wall, which resulted in a small fracture on the boy’s ribs. For this, he was sentenced in court and jailed for seven weeks.

According to Tan, he had reported the bully to the school, but this did not stop the bullying.

In 2017, there was also a case of an unnamed man who received a two-week jail term for slapping his daughter’s bully, a nine-year-old boy.

Such cases might resonate with many parents, including those in our KSP community. Some sentiments expressed by our KSP members include: “I felt sad for the poor dad” and “he probably lost it, as would a lot of parents when it comes to things concerning their children.”

“I sympathise with him, no parent would want their child to be bullied in school,” said another KSP member. “What he did, I can understand, but it does not make it right.”

A little over a decade ago, the Singapore Children’s Society surveyed over 1,000 primary and secondary school students, and found that about one in five primary schoolers had experienced bullying, while one in four secondary schoolers reported having been bullied. For the purpose of the study, bullying was defined as “any action apparently intended to victimise and repeated at least twice every single month, over a span of one school year.”

In 2015, a survey of almost 6,000 15-year-old Singaporean students by the Organisation for Economic Co-operation and Development (OECD) found that 14.5 percent of the respondents reported being frequently bullied. One in five students said they had encountered verbal bullying, while only about five per cent of the students said they were victims of physical bullying.

During his tenure as education minister, local minister Ng Chee Meng said these figures were similar to findings by Singapore’s Ministry of Education.

“On the whole, bullying… has been stable and managed,” he added. However, he conceded that cyberbullying was a growing concern.

Help, My Child Is Being Bullied!

Some children will let their parents know at once when they’ve been bullied. Sadly, many others will remain silent. As parents, it’s useful to recognise the signs of bullying, such as unexplained physical injuries or stress symptoms, a sudden lack of interest in school, or even refusal to attend school.

If your child is willing to open up to you about how someone has upset him or her, try asking these follow-up questions: “Was it an accident?” and “Has this happened before?” Bullying is always an intentional act, and chances are, this may not be an isolated incident.

Take notes as your child is talking, as it will help to have a reference for future discussions with the school, the bully, as well as the bully’s parents. If your child is willing to share details, you can find out when (date and time) and where the bullying occurred, and exactly what actions (verbal and physical) were carried out by the bully.

Next, check with your child if he or she has spoken up against the bully, and how the bully responded. However, be sensitive to your child’s feelings. Interrogating or lecturing your child will not help the situation.

Remember to reassure your child that he or she is not at fault for what has happened. Praise your child for being honest with you. More importantly, ask your child, “What would you like to do about this?” Although you may be eager to seek justice for your child, laying the options out and letting your child decide can be empowering for him or her.

If your child decides to face up to the bully on his or her own, come up with a plan together about what your child can do when he or she next encounters the bully, such as ignoring the bully, saying “No” in a firm voice and walking away, or moving to a safe location, such as one with a teacher present.

Getting The School Involved 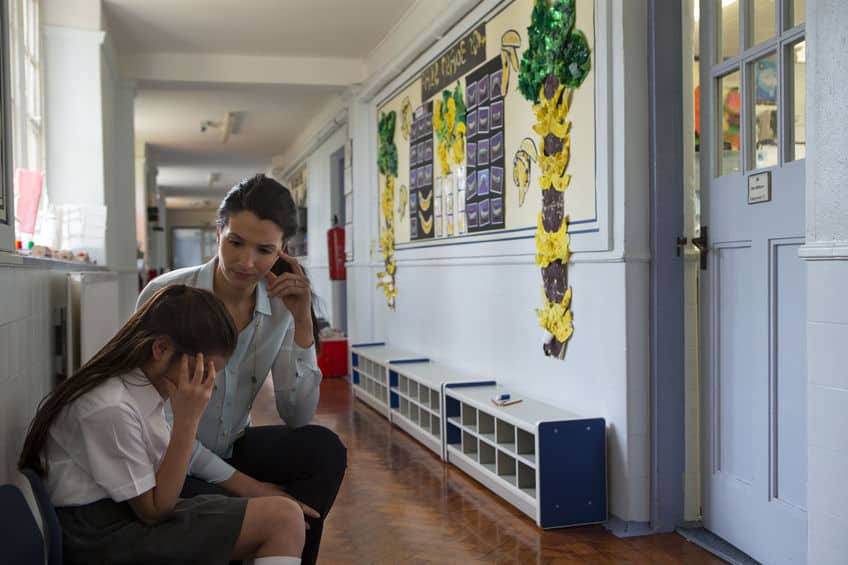 Even if your child is not being bullied, it’s good to find out what his or her school’s bullying policy is.

In one local school, the bully is called to a meeting together with the victim, and both parties’ parents. During this time, both bully and victim will tell their stories without interruption from others. They are also asked to express how they felt when the incident occurred. The victim is asked about how he would like the bully to behave in the future, and the bully is encouraged to apologise to the victim.

“In my school, students are suspended for bullying or fighting,” says a local Allied Educator. “On the morning that the suspended student returns to school, he is asked to meet with his victim. If the meeting goes well, the bully can attend classes again. If the matter remains unresolved, the bully is not allowed to return to school.”

If your child decides it is time to inform the school about the bullying, or if you feel the need to do so for the sake of your child’s physical safety or emotional health, bookmark this useful resource to better communicate with the school.

To prepare for a meeting with the school, you could:

During the meeting with the school, you could:

Need more information on bullying? Get more ideas for what you can do here, or join the discussion on the KSP forum.