Singapore Parents, You Need To Start Caring About The Environment Too 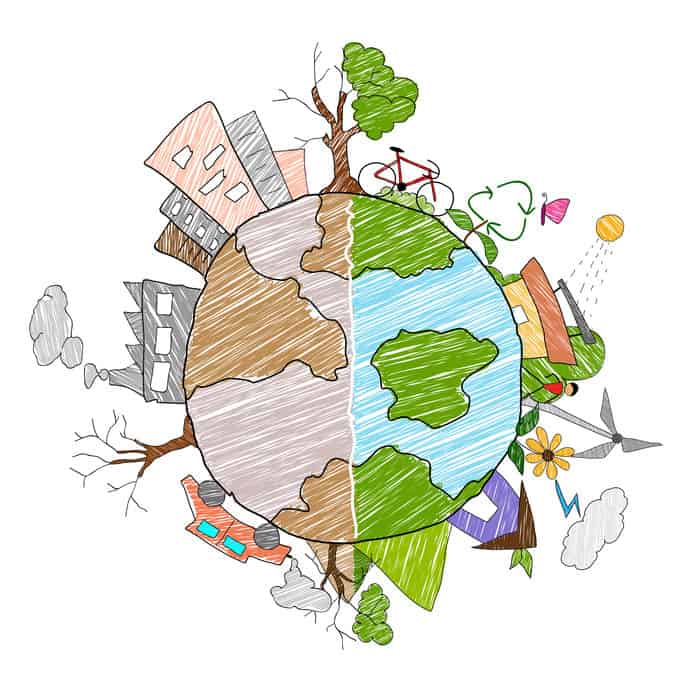 “Ever since I’ve become a parent, I’ve stopped trying to save the world,” admits a KSP member, who says her priorities these days revolve around convenience, rather than sustainability.

With the hustle and bustle of each day, and the multiple stresses that we encounter at work, in our children’s schools, and on the homefront, it’s not hard to understand why environmental concerns may not rank high for many Singaporean families.

Yet, the signs are clear that Singaporeans must begin to take responsibility for our shared environment.

Although we are a relatively tiny country, each person in Singapore supposedly produces more carbon emissions than individuals living in Britain, Switzerland, or France.

More worryingly, one-third of the local respondents in a 2016 climate change survey indicated that they felt their individual actions would not make a difference.

What Are Carbon Emissions?

Carbon dioxide is a colourless, odourless, and non-poisonous gas formed by the combustion of carbon, and during the respiration of living organisms. It is considered a greenhouse gas because it absorbs heat — the “greenhouse effect” of such gases keeps temperatures on our planet suitable for living things.

“Emissions” refers to the release of greenhouse gases (or their precursors) into the atmosphere over a specified area and period of time.

Carbon emissions (or carbon dioxide/CO2 emissions) make up 97% of our total greenhouse gas emissions. An increase in these emissions will cause more heat to be trapped in the earth’s atmosphere, leading to climate change.

Just like the rest of the world, Singapore is experiencing the effects of climate change. The buildup of carbon dioxide and other greenhouse gases in the atmosphere makes our weather hotter, and raises the sea level around us.

Reducing our carbon emissions is the single most important thing we can do to limit the effects of climate change in the coming decades. We’re doing this for our children, as well as the generations after them.

“We need to cut CO2 emissions almost in half… by the end of the next decade,” says Kimberly Nicholas, associate professor of sustainability science at Sweden’s Lund University Centre for Sustainability Studies.

First, be aware that almost everything that we do emits carbon, even using our mobile phones or checking our e-mails. This is what we refer to as our “carbon footprint.” In Singapore, energy consumption is one of the main sources of carbon emissions.

Below are some meaningful changes that you can make to reduce your carbon footprint:

Why Reduce Consumption In Singapore?

Almost all of Singapore’s non-recyclable waste is incinerated, and as a result, some Singaporeans feel that it’s not necessary to curb our consumption habits. Furthermore, our incineration plants are also known as waste-to-energy plants, where the heat generated from the incineration is ultimately used to produce electricity.

However, there is one pressing reason to keep our consumption in check:

As there is no available space on Singapore for landfill purposes, the remains of our incinerated waste — ash and some solid waste — are shipped to our only landfill, located on the nearby Semakau Island.

Opened in 1999, the Semakau landfill was meant to meet our dumping needs until 2045. However, it was reported last year that Singapore’s plastic waste per capita has increased by nearly 20 percent over the last 15 years. It now appears that our landfill may run out of space by 2035.

In daily terms, we generate over 1,000 truckloads of trash a day, and we’re also known for being “prolific users of plastic” — by consuming an estimated 1.76 billion plastic items each year.

One way to be more mindful of our consumption is to keep the “reduce, reuse, recycle” mantra in mind. (Click here for a kid-friendly resource.) 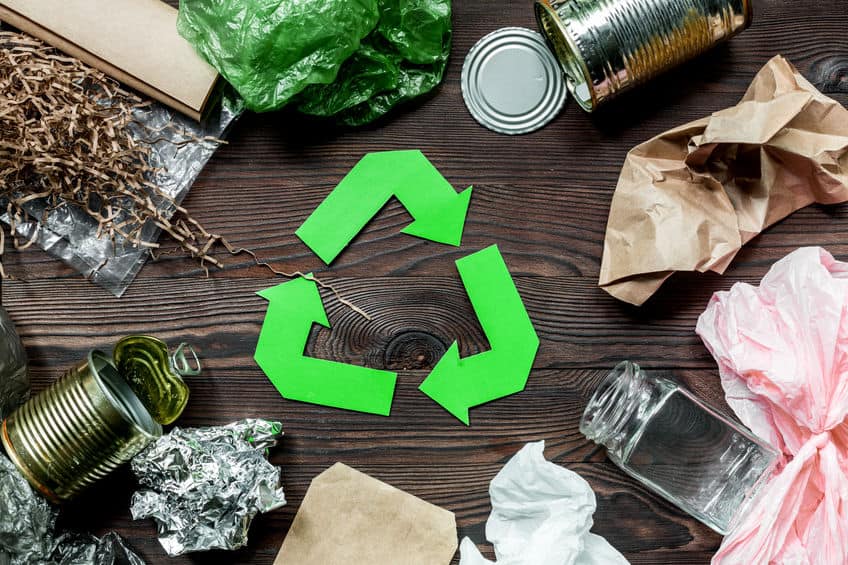 Reduce: Buy and use less, buy items that use less packaging materials, find reusable alternatives for single-use containers, and carry a reusable shopping bag instead of bringing home store bags.

Reuse: Think before you replace an item — do you have a good reason for replacing it? If you do need to purchase an item, see if there is a second-hand option. At the same time, share your pre-loved items with others, be it through donation drives or your social networks.

Recycle: Did you know that you should rinse plastic containers before putting them in the recycling bin? This is to avoid contamination, which can affect the contents of the entire bin, and result in everything being dumped instead. Also, did you know that you could recycle your electronics at e-waste collection centres, or bring old books to the National Library’s book exchange shelves? Do make an effort to find out where your preloved items could enjoy a second lease of life.

Why Conserve Water In Singapore?

Have you heard of the term “water stress?” It refers to a situation where water demand exceeds the available water supply. According to a 2015 study by the World Resources Institute, Singapore is likely to be water-stressed by 2040 — less than two decades from now.

“We need to do more to ensure a sustainable and resilient water supply for the future,” said Singapore’s deputy prime minister Teo Chee Hean last year. “We need to be prepared for potential threats to our water supply, like extreme weather conditions, or major oil or other pollutant spills that can affect our desalination plants.”

In focus group studies conducted by the country’s national water agency (PUB) last year, parents with young or teenage children were found to perceive water scarcity as a “distant concept.” 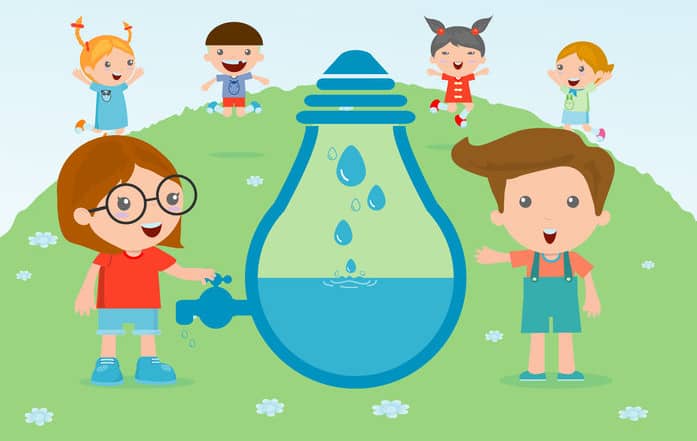 As a first step to saving water, encourage your family members to take shorter showers. Let them know that reducing one’s shower time by a minute could result in water savings of up to nine litres. To let children visualise exactly how much water this is, tell them (or let them calculate) that it is the equivalent of six 1.5 litre bottles.

Be Inspired By These Change-Makers

If you think most Singaporean parents aren’t doing their bit for the environment, think again.

Local parent Sandra Zhang shares her zero-waste ideas, plastic alternatives, and meatless meals on her blog monoandco.com. Her ideas have gained traction, and she now writes a monthly column for the local Chinese paper Lianhe Zaobao as well.

“For so long, I have been told that my zero-waste habits are only possible because I don’t work, and therefore have plenty of time on my hands,” says the former homemaker, who has since returned to corporate life. “It’s all about making an effort. The transition to office life [has] challenged me to continue keeping [my] household waste level low.”

This, she says, includes “coping with unplanned takeaway dinner meals in disposables, making last-minute grocery shopping trips without enough reusable bags, and buying excessively packaged vegetables and fruit from supermarkets, just to name a few.” Yet, she has worked to overcome these hurdles, and she will continue to share her experiences with others.

As for your children, if they think they are too young to make a difference, introduce them to the 16-year-old climate activist Greta Thunberg. Her solo school strike for the planet in Sweden last year has since inspired hundreds of thousands of young people in 105 countries to do the same.

“Some people can just let things go, but I can’t, especially if there’s something that worries me or makes me sad,” she says. “I remember when I was younger, and in school, our teachers showed us films of plastic in the ocean, starving polar bears, and so on. I cried through all the movies. My classmates were concerned when they watched the film, but when it stopped, they started thinking about other things. I couldn’t do that. Those pictures were stuck in my head.”

Parents the world over should heed this Nobel-prize nominee’s words too:

“You say you love your children above all else, and yet you are stealing their future in front of their very eyes,” she said at a United Nations climate change conference last year. “Until you start focusing on what needs to be done rather than what is politically possible, there is no hope.”