Some thoughts about Chinese/Mother Tongue and Educational Systems 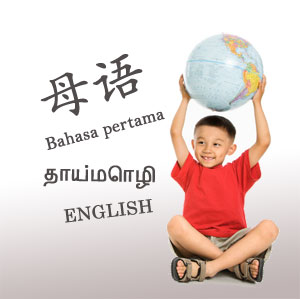 I read 2 articles in the Chinese newspaper yesterday about languages. One about doctors who can’t speak/read Chinese competently and the other commented on the inconvenience caused to some passengers, especially the elderly as directional signages and station announcements in MRT are only in English.

In the first article, the author (doctor working in a hospital) was from a SAP school and he felt sad that a Chinese national TCM doctor in the hospital expressed surprised when the author could read Chinese newspaper. Although many of us could advance in our career without much in-depth knowledge of Chinese, we could become a laughing stalk when foreigners see us Chinese can’t even read/speak or understand Chinese very well.

The second article mentioned that announcements and signages in Switzerland are in the 4 official languages.

I’m not very familiar with the education system in Switzerland, but it seems that due to their unique demographics, they have 4 official languages (German, French, Italian, Romanic). Also, they do not have much natural resources so have to depend on human resource. All these quite similar to Singapore.

They don’t have PSLE per se but they do stream students according to ability in the period (depending on region/state) spanning from our equivalent of P5 to Sec 2.

OK, why I bring up Switzerland? Well, I find it quite amazing that despite their language differences, they are very united as one country. Read somewhere that although English wasn’t a compulsory subject previously, majority of the population know English rather well, due to economic reasons.

Their cultural roots are well grounded because of history and also the study of their Mother Tongue (one of the 4 official language) as their first language. I’m not too sure of the weighting of the other 2 foreign languages but it seems it’s not an issue.

Hee…hee, just a thought… why don’t we make Mother Tongue (MT) our 1st language but still make English study compulsory as (foreign/2nd) language? By 1st language I don’t mean to teach Maths and Science in MT, but to learn the language at a deeper level, involving literature, history and cultural. I think English is still important as a working language, for communication between different races and for economic reasons, but I don’t think we need to attain proficiency of the language to an exceptionally high level (ie. equivalent level to the ang mohs).

Our Mother Tongue is equally important but to preserve our roots and cultural, we need also to study the literature and history of the language of origin.

Lowering the weighting of 2nd languages will evolve into a situation where in time to come, we’ll slowly be transformed into an ABC (American Born Chinese) equivalent.

Nobel prizes were awarded to Swiss scientists, for example to the world-famous physicist Albert Einstein in the field of physics who developed his theory of relativity while working in Bern. More recently Vladimir Prelog, Heinrich Rohrer, Richard Ernst, Edmond Fischer, Rolf Zinkernagel and Kurt Wüthrich received Nobel prizes in the sciences. In total, 113 Nobel Prize winners stand in relation to Switzerland[86] and the Nobel Peace Prize was awarded 9 times to organisations residing in Switzerland.

Why not make it a game? MOE could draw lots and announce the weightage for each subject immediately after collecting the PSLE papers.

Yes, concern2, it's quite

Yes, concern2, it’s quite interesting that Singapore takes English study as first language. I think most, if not all other countries study their native mother tongue as the first language. I’ve met some caucasians years back who were bewildered when they were told that we study English as our first language. They looked at us and their facial expressions seemed to say: These people look Chinese, how come English is their first language? Hmm…

I like your article, Sunflower, especially on the part about making MT the 1st language. It’s always been in my mind since I was in primary school why Mother tongue isn’t our 1st language. It is so ironic!

Yes, in my opinion, Tamil

Yes, ongmum. In my opinion, Tamil is a more difficult language to learn, but I don’t hear Indians complaining that they’re shortchanged because of MT. I guess they take learning the language as a necessity and an obligation to understand and preserve their culture.

You're welcome and thanks,

You’re welcome and thanks for your compliment, BlurBee. : )

To jiyou2003, glad you like the idea. Yes, environment plays a very important role in the learning of languages.

The funny thing is that people who are in favour of the cut in the MT weightage are mostly Chinese who can’t speak or write Chinese. You don’t often hear the other races complaining of having to learn their MT, and mind you, Tamil is an even more difficult language to learn to write!

How many people are actually disadvantaged by the current system?  Why do they struggle with Chinese? Most probably because their parents don’t speak the language, and don’t introduce it to them when they were young, or don’t see the importance of the language.

I have the feeling that most of these pple are the ones who can actually afford to migrate, or send their children overseas. They have the resources to seek alternatives; why should they penalise others who are doing well in both languages, or better in their MT? And those who do well in English already have an advantage over those who don’t cos Maths and Science are taught and tested in English. And you don’t hear those who do well in Chinese but fare  poorly in English complain about having to learn English!

Is it a case of the (golden) wheel that squeaks the loudest gets the oil?

Before you were conceived, I wanted you

Before you were born, I loved you

Before you were here an hour, I would die for you

This is the miracle of life.

really amazing !  I like the idea of sunflower. MT is so important for our roots. We actually know a "little" bit on each languages but not our kids. MT, English, Malay and different dialects.  The big difference between Singaporeans and Malaysian Chines is M know Malay while most of us dont.  It is the enviroments that make one learn more.

Hi ningy, hee…只是奇想, this “eureka!” idea about making MT 1st language just pop up. Post to ST? No lah, never cross my mind. Was just sharing my thoughts in the forum thread and was surprised when it suddenly appeared in the portal publication. : )

Hey, THE moe is deciding on lowering the weightage and yet u "jokingly" sugguested making MT the 1st language !!!  Cool man!  I dunno why moe is changing the weightage for the minority elite  – wonder if they are going to make public the %tage of those elite ie. no. of students who score A or A* for all the other 3 subjects but B or below for MT. Any plan to send ur post to ST ??

Excellent post, sunflower.  What you have written is definitely food for thought. We could take a leaf out of education systems elsewhere that have successfully implemented bilingualism or even multilingualism; instead of lamenting how some students who are strong in MT are having unfair advantage in competing for places in top schools.

Reducing the weightage of MT is equivalent to telling practical and kiasu parents in Singapore that MT is not important. Of course, for those capable students aiming for scholarship, whether the weightage is reduced or not, they will study equally hard for the subject.  However, what is the percentage of our student population that are of scholarship material? For the vast majority then, the choice is obvious – i.e. spend more time on subjects that have a higher weightage in the final tabulation of T-score.  To do otherwise is just not exam-smart at all.  The end result would be obvious; a vicious cycle that will necessitate the lowering of standards as more and more Singaporeans of our future generations have difficulty coping with MT.  This is neither forward looking nor progressing.  More like moving backward at a time when other countries are fast catching up with learning a second language in school, English in the case of non-English speaking and Chinese in the case of non-Chinese speaking.

It’s probably true that learning MT does not necessarily preserve one’s culture or roots.  To preserve one’s culture or roots requires more than just learning the language.  However, without a good knowledge of the language, one would certainly not be able to appreciate any literature that is written in that language.  Imagine reading English translations of Tang poems or San Zi Jing.  Would the impact still be felt?

that's amazing that they

that’s amazing that they studied more than two languages + extra foreign language. our singaporean kids are struggles with 2 language already.