“I wish my kids could speak more clearly!” If this is one of your concerns, read on to find out what our parent community has to say. 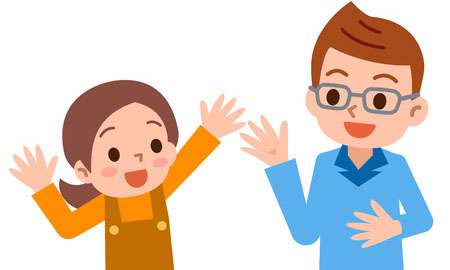 If your children have no major problems with pronunciation and enunciation, any perceived issues with their speech may have more to do with their stress placement and tonal pattern. I’ve found this to be a common issue with my students from China, Taiwan, Indonesia, and Thailand. — D3@n

I would include stress placement under the realm of pronunciation. If the vowels and consonants are pronounced correctly, yet the stress is placed on the wrong syllable, the word sounds wrong.

If you are concerned about your child’s pronunciation and accent, do note that they are different, though related, things. A person can speak with the correct pronunciation but still not have a Western accent. Local examples are Singapore’s prime minister Lee Hsien Loong and ambassador-at-large Tommy Koh.

There may be sounds that your child is unable to distinguish or pronounce—for example, the difference between “bad” and “bed,” or the “th” sound—so you may want to find someone to help with that. But be prepared that if you hire a tutor for this purpose, you would probably have to pay more than the average fee, as the tutor may need to have some knowledge of phonetics, and not just phonics. — slmkhoo

To further illustrate, here is one reason why Native Mandarin speakers have problems with the English “accent.” Mandarin (usually) has four tones for each character (word), and each character is made up of only one syllable. However, there is no stress distinction for these characters or within phrases and sentences, except for the rare instance of the 轻声 (“qing sheng,” or “light sound”).

On the other hand, English words are often made up of more than one syllable, and not all syllables are equally stressed.

The same word can be used differently with a different stress placement, requiring a different pronunciation.

These four words have a similar root word, but yet their stress placement differs. It may seem random, but there is actually a rule governing stress patterns. — D3@n

The home and school environment shape how we learn and use spoken languages. If parents are not comfortable speaking in English, they should refrain from using poorly spoken English at home. Use the actual mother tongue at home, so as to allow the child to learn proper English in school.

As the school environment is equally important, judicious care has to be exercised in selecting the school. Going to schools where there is a strong English-speaking environment—such as Anglo Chinese School, Methodist Girls’ School, or Singapore Chinese Girls’ School—will help, as the child will be exposed to good articulation and proper grammar. Attending English enrichment classes with native speaker teachers may also help. — lee_yl

#4 When Selecting Teachers, Be Discerning

While it is the parents’ personal preference in their choice of native speakers versus local English teachers, please be mindful that a Caucasian accent does not guarantee a proficient command of the language. I have encountered many native speakers with a weak grasp of grammar and atrocious spelling.

In addition, it was estimated in 1974 that only 3% of the people in England are Received Pronunciation speakers (“Standard English” in the UK). Now I think the percentage should be even lower.

So chances are, you won’t be getting your “true-blue” English accent even if you go with a native speaker teacher. You will simply be taught his or her accent. Nothing wrong with that either, as long as you receive a solid foundation of the language, both written and spoken. — D3@n

In the 20 years or so that I have been teaching in Singapore at enrichment centres, I have, sadly, seen the landscape become more variegated, with a tendency towards declining standards. For the record, I am a native speaker.

Historically, many of the ruling elite in the UK have spoken with what could be considered Received Pronunciation, or RP. Although small in numbers, such people have had a disproportionate influence on society; consequently, RP has acquired this superior “flavour.”

Arguably, RP is a standard against which to evaluate other accents. There was never a claim that the majority of people in England speak or want to speak with such an accent; they do, however, want to speak with clear enunciation, and possibly look to RP as a model.

Most people want to be taught by someone with clear enunciation, almost regardless of accent. However, some accents are clearer than others. It is up to parents in Singapore to decide which accents are clearer to them. Parents should be discerning when choosing not only the enrichment centre, but also the individual teachers, if it is the emulation of speech patterns they are after.

But more important than accent is whether someone is actually pronouncing words correctly. When parents seek a native speaker teacher, this is what they usually have in mind. A simple baseline test parents can apply when evaluating prospective teachers, whether such teachers are Singaporeans or native speakers (not a dichotomy I like), is how the teachers pronounce the following words:

The comments above were excerpted from a KiasuParents discussion on speaking better English. The comments have been edited for language and clarity—they are sourced from the KiasuParents community but do not necessarily represent the views of KiasuParents.com.