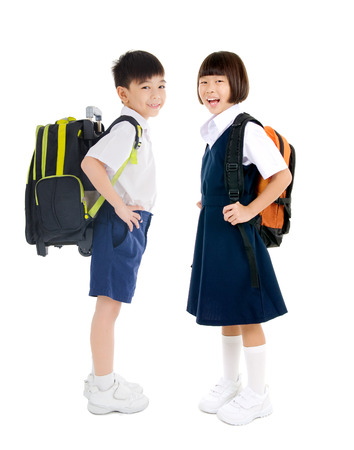 What is your strategy?

For many of us, choosing a primary school for our children can be as simple or as complicated as we want it to be. My husband and I know of parents who believe that entry into certain schools will ensure a child is “set for life,” and at the other end of the spectrum, there are those who echo the government’s official line that “every school is a good school.”

We fall somewhere in between; we’re aware that there are subtle differences between schools, some of which are intangible, and that there are inequalities that need to be addressed because all children deserve equal opportunities for exposure and learning. We also realise that there are no straightforward solutions for creating fairer access, and we’re practical (and selfish) enough to select the best options open to us.

When we registered my daughter for primary school six years ago, we were in the enviable position of being able to choose from two highly sought-after schools, both my alma maters, and this was during a time where Phase 2A2 was still considered the last of the safe zones. (This is no longer the case.) My daughter attends a girls’ school and my husband’s primary school is now defunct—my son registers this year, and where he will spend his next six years is still a question mark at this point.

Our plan is to try for a Catholic school under Phase 2B, and we’ve identified one that appeals to us for reasons that have little to do with academics; it’s known for producing local musicians, for one. If we’re unsuccessful, we may give it a second shot in Phase 2C, but our chances are slim as we don’t live within a 2km radius.

We’ve ruled out the “hot” school that is five minutes away; we’ve seen our neighbour’s children fall through the cracks there. Also, a friend sends her sons to that school, and she told me they woke up one Christmas morning, crying, “We don’t want Christmas! After Christmas it’s back to school!” No thanks.

We’ve long had a safety school in mind—it’s a nearby school rated “no risk” based on KiasuParents’ oversubscription statistics, and I’ve heard good feedback about the school from several sources, including a mother who used to attend the same “brand name” school that I did.

Apart from making sure we have our documents in place, we’re not planning to lose sleep over this. Perhaps it’s easier for us as we’re second timers—I do see that there are certain advantages that my daughter’s school holds, namely secondary school affiliation, which alleviates a fair amount of stress and uncertainty in the Primary 6 year, and a thriving parent support network, which leaves me feeling assured that someone is always looking out for my daughter. But while affiliation is beyond our control, it’s up to us to make a positive difference in schools to support our children as well as their peers, if needed. I’m glad we’ll have the chance to experience the school allocation system from a different perspective.